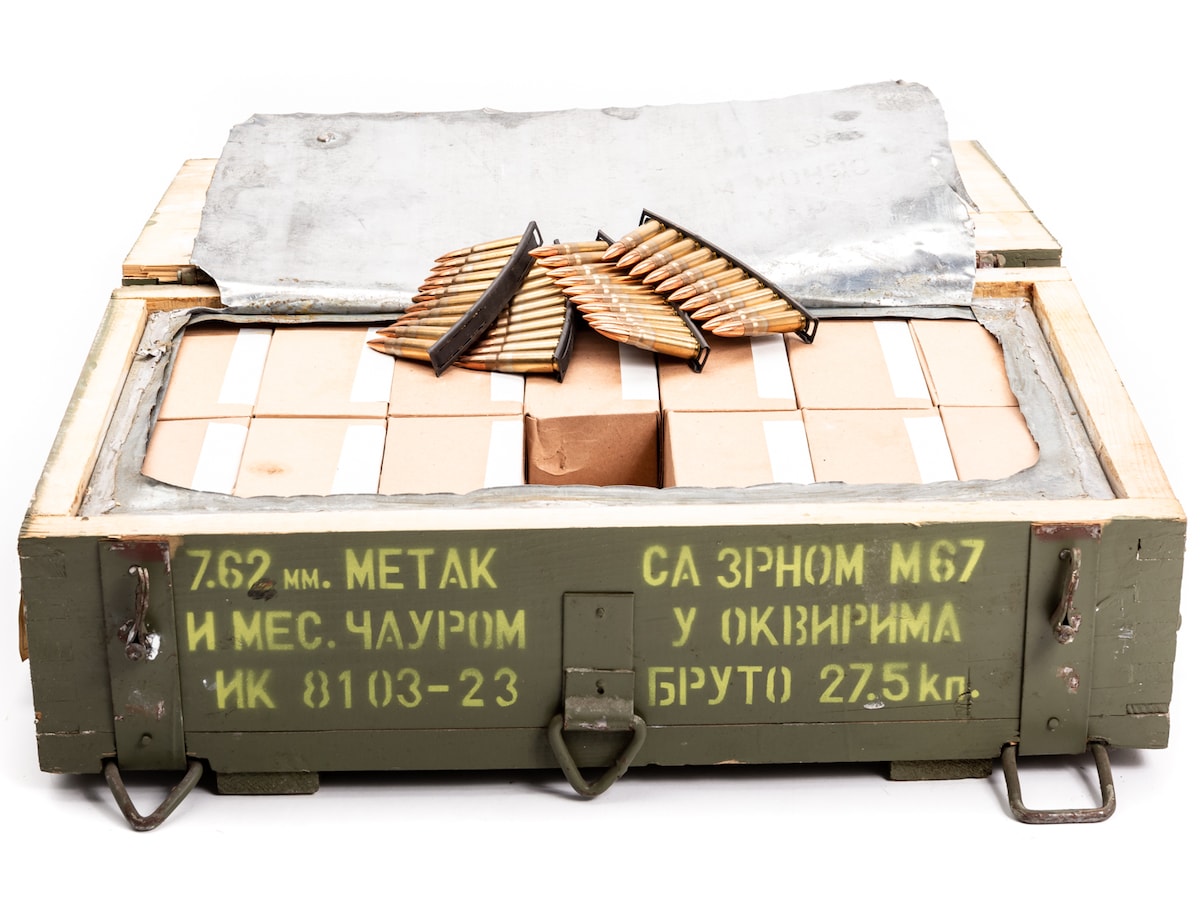 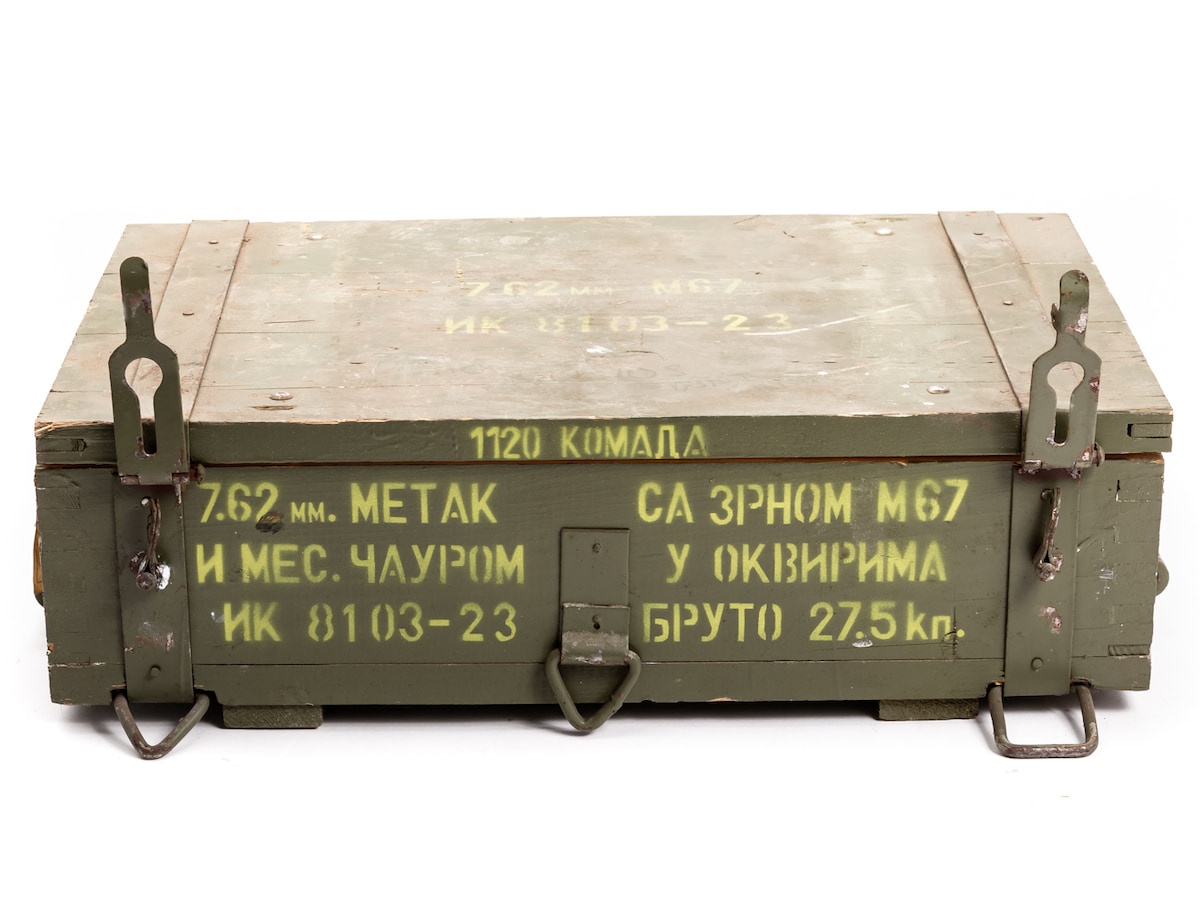 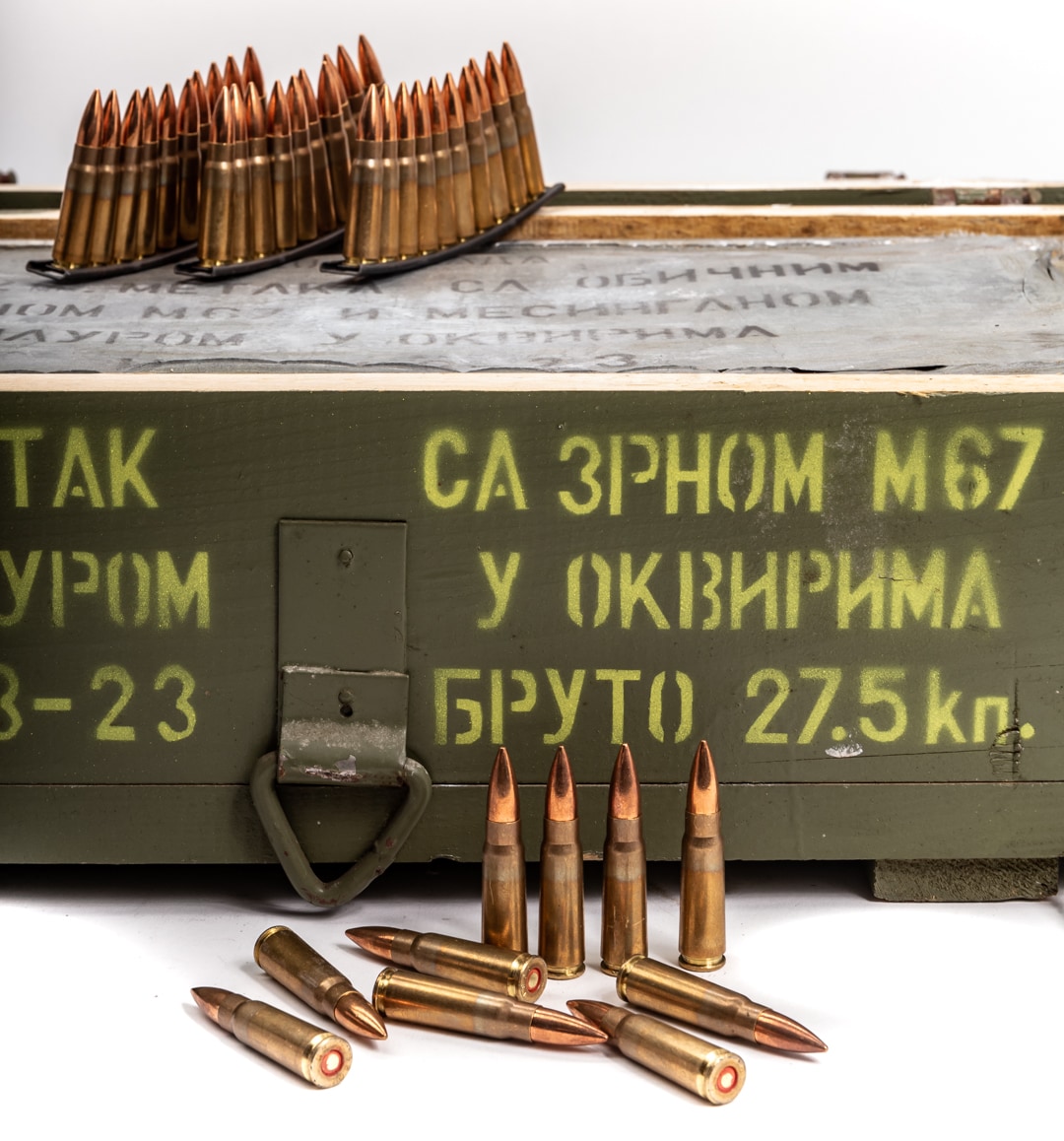 7.62x39mm Brass Cased 124-grain FMJ Yugo Milsurp M67 Ammo By the Crate!
After a hard-fought experience running the Axis out in World War II, Yugoslavia spent decades during the Cold War stacking guns and ammo deep in the event of WWIII, which never materialized. This left the country with bunkers full of sweet gear that have slowly been emptied over the years and we are seeing some of the last Yugo-made 7.62x39mm ammo still available.

These are M67 loads, carrying 124-grain full-metal jacketed bullets loaded in annealed brass cases-- NOT STEEL CASES-- using Berdan primers. Warsaw Pact buffs will quickly recognize the M67 lead-core projectile as a superior bullet design over the original Soviet M43 load as it produces a better profile, with slightly more speed and inherent accuracy than the Russki round. Plus, as there is no steel core, these are range safe.

When it comes to packaging, this ships just as a Yugo infantry squad would have got them if the balloon went up: as a crate of 1120 rounds. The original Tito-era Commie packaging includes a green-painted wooden crate, complete with yellow stenciled Serbian Cyrillic script. Once cracked open, this Cold War relic yields a sealed "sardine can" holding 28 boxes, each with 40 rounds on 10-round SKS stripper clips-- perfect for if you have a Yugo SKS around! Even if you don't, once you run the rounds, you still have 112 leftover stripper clips, a slightly beat-up green wooden box with lots of character, and the smug satisfaction that capitalism won in the end.

Feed your AK, AKM, AKS, Draco, Z-PAP, Mini-Thirty, etc. Once this stuff is gone. It's gone.

*Much like most Eastern Bloc military surplus ammunition, this ammo is corrosive.

Despite negative connotations, there should not be any discouragement in shooting this ammo. Corrosive ammo is an excellent ammunition choice and is easy to clean up after shooting. All corrosion issues can be avoided by rinsing out the action with hot soapy water or cleaning it with solvent shortly after shooting.

These cleaning procedures are standard practice among militaries who use corrosive ammunition.

Get ready for your next hunting trip with Guns.com. Shop our curated selection of decoys, feeders, game calls, hunting scents and repellents. Whether you're sport is big game, small game, or prey - we have you covered!