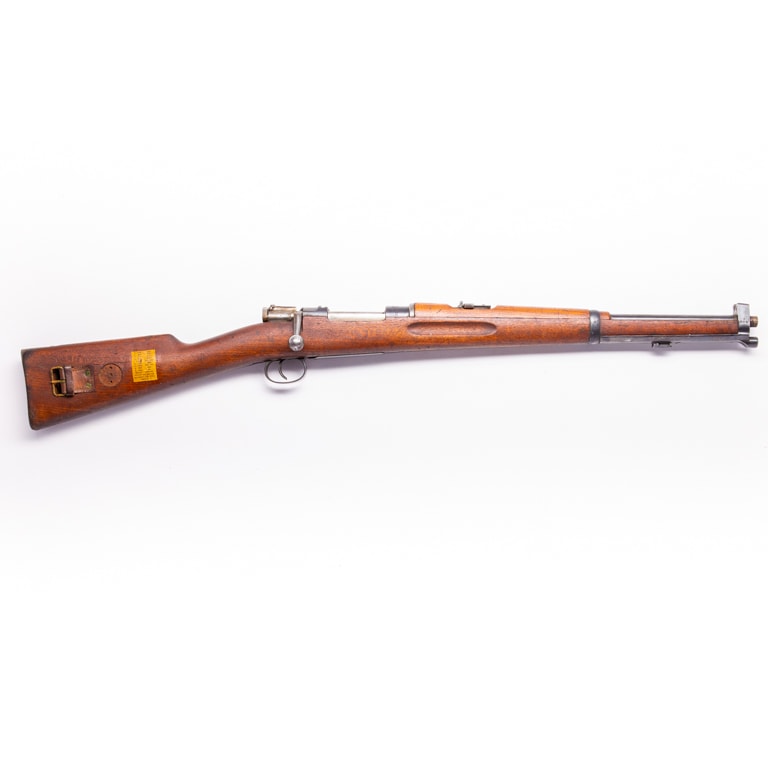 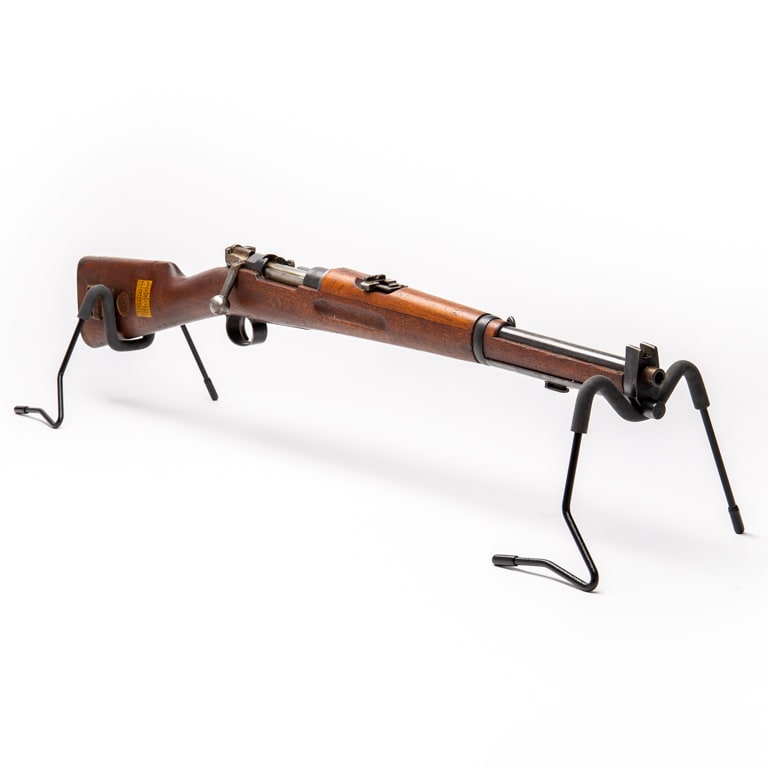 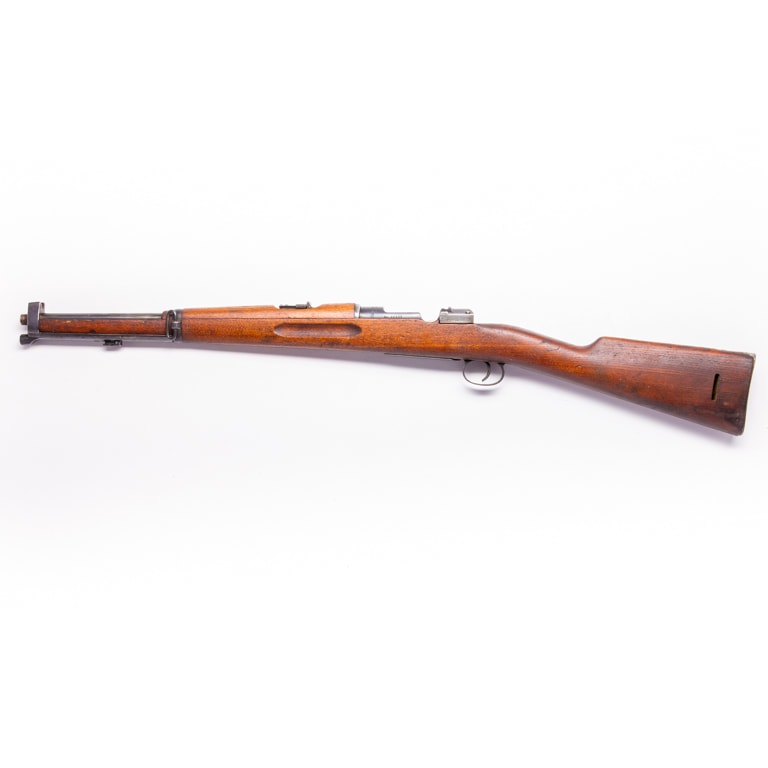 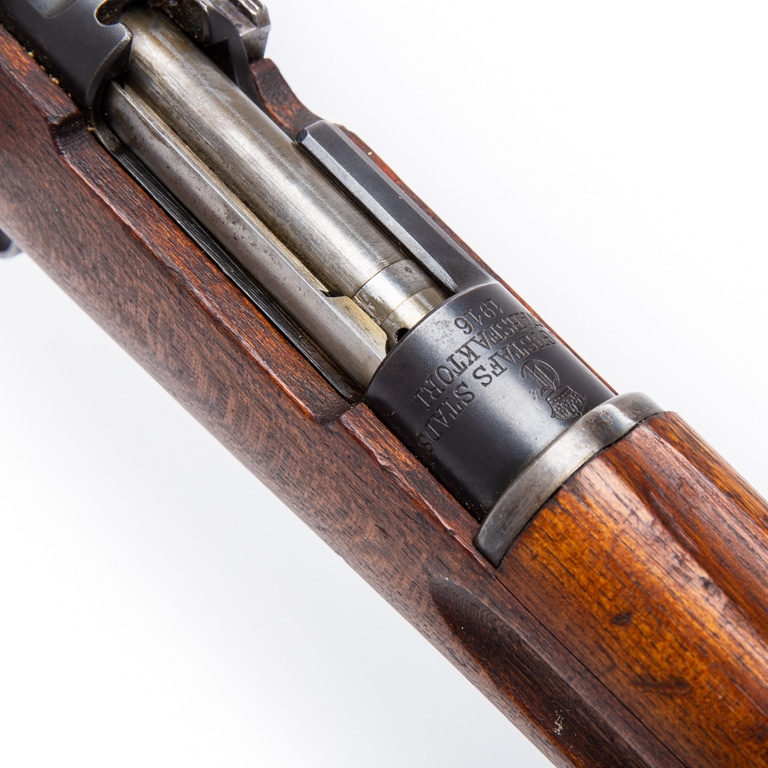 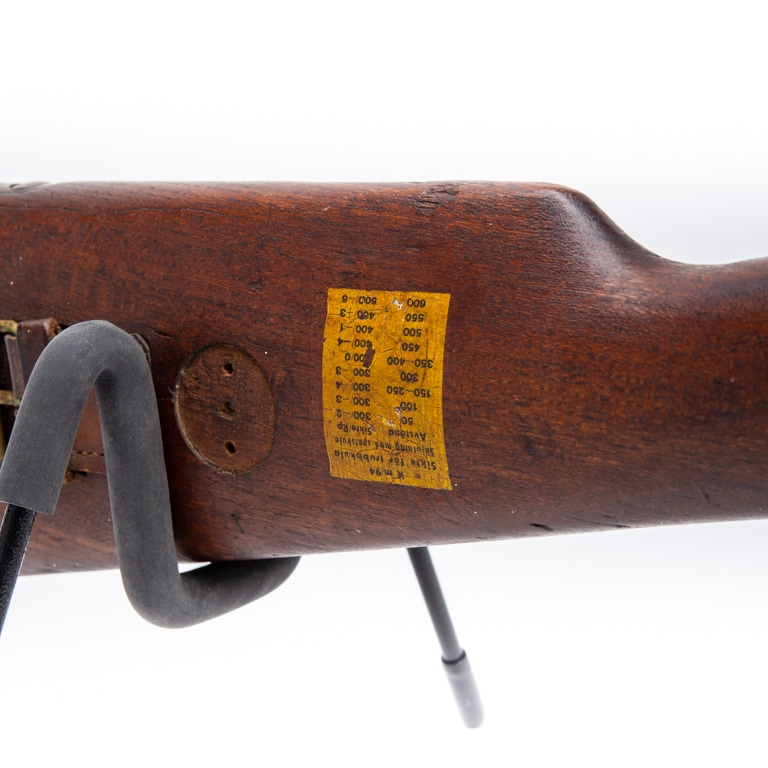 Also known as the Model 1896, the Swedish Mauser is a bolt-action rifle based on the Mauser Model 1893. As the name implies, the Model 1896 Swedish Mauser was made in Sweden, but models were also made in Germany as well. The Swedish Mauser is chambered in 6.5x55mm Swede and was the primary Swedish service rifle until 1938. These rifles feature two front locking lugs, a 90-degree bolt lift, full-length extractor, fixed ejector, and a three-position safety. Surplus models were imported to the United States in the 1950’s and 60’s.

Swedish K m/94 (Model 1894) carbine Cavalry Carbine made circa 1916 by Carl Gustaf GF, a company that is still making military products today. The 18-inch barrel yields an overall length of just under 38-inches on this compact rifle, chambered for the Swedish-standard 6.5x54mm Mauser cartridge. Such carbines, originally to equip horse artillery gunners and cavalrymen, are more desirable to collectors due to their rarity. Only about 11,500 of these carbines were made by GF, with only the ones produced after 1914 having the bayonet lug.
The brass information disk, which was used to store both ballistic information and unit rack numbers, is missing but a yellow "dope card" is pasted on the stock. Installed upside down, so the user can read it while in a shooting position, the card is titled "Sikte for trubbkula" (Swedish: Aim for the bullet) and has the holdover out to 600 meters listed in centimeters. With a full-length wooden stock, the carbine has a distinctive bayonet lug.

Whether you're spending a day at the range, carrying for self-defense or shooting for sport Guns.com has your back, providing women with options that are ergonomically suited for and preferred by female shooters.