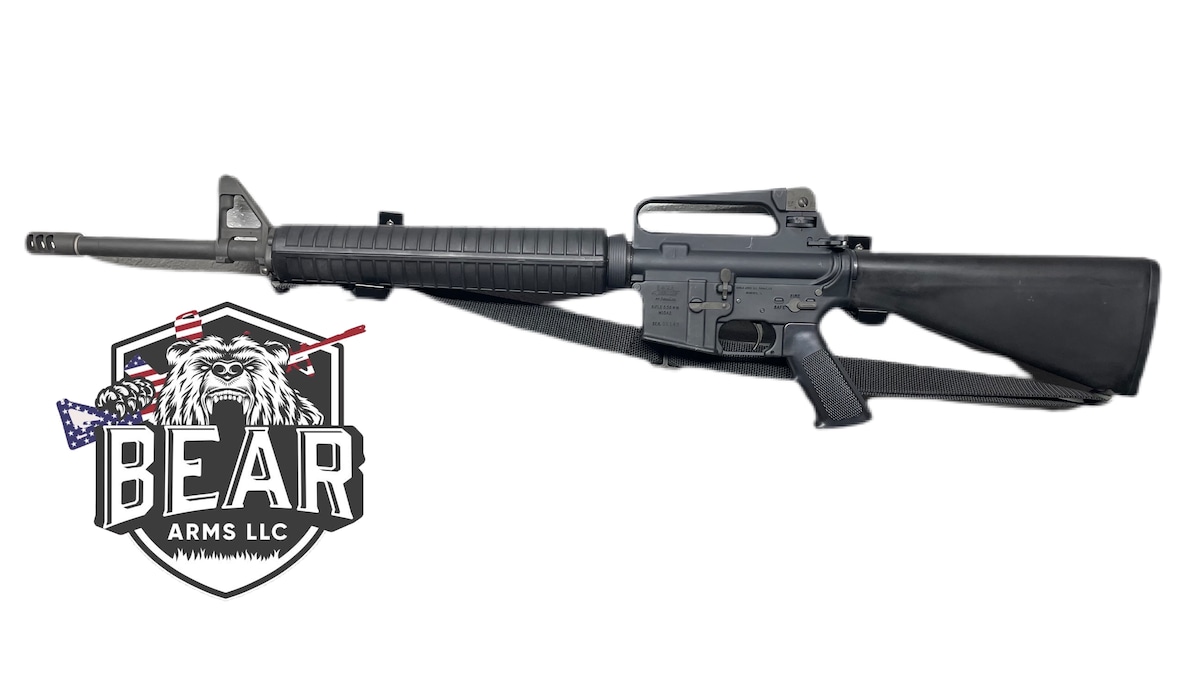 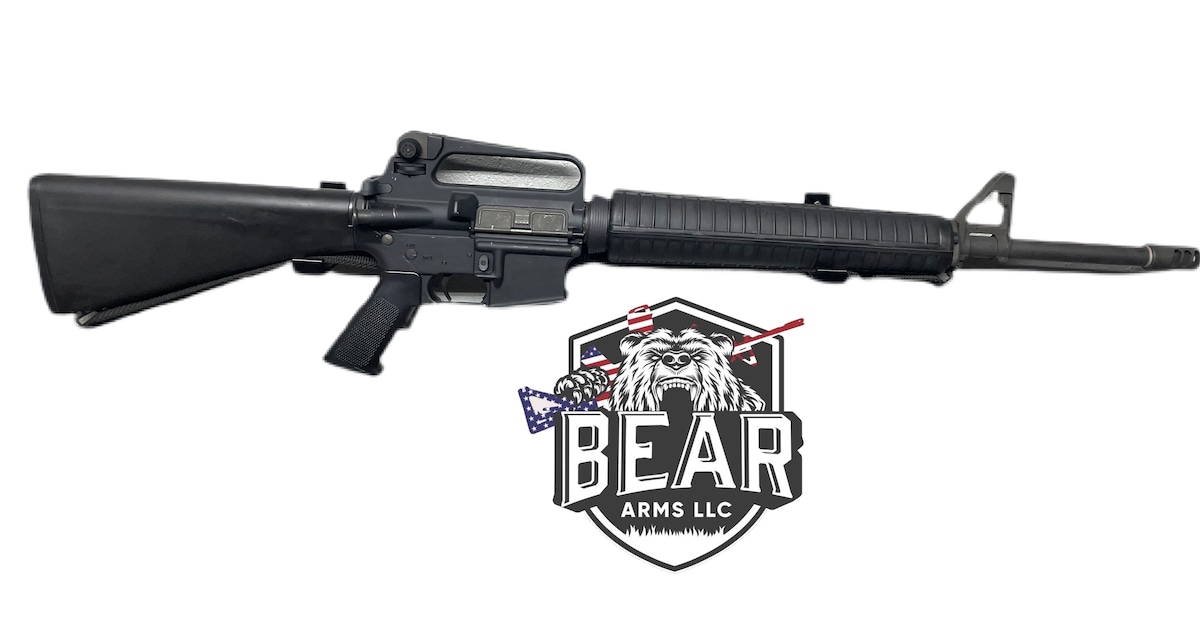 No compendium of the AR-15 would be complete without ArmaLite, which was first established as a division of Fairchild Engine and Airplane Corporation in 1954. Eugene Stoner, a WWII Marine with expertise in ordnance, became ArmaLite's Chief Engineer and designed the AR-10 and later the AR-15. When Fairchild hit hard times in 1961, it sold the AR-15 patents to Colt's Manufacturing and sold the

The Infantry Rifle exhibited good fit and finish, with a snug upper to lower fit which could still be broken down without a punch.
division as ArmaLite Incorporated. Stoner himself left to be a consultant to Colt's in 1961.

With the patents to the original Stoner rifles out of reach, ArmaLite Inc. designed the AR-18 rifle around a gas piston operating system on a sheet-metal receiver. Due to bad timing and teething problems of the new design, the AR-18 was not able to displace the M-16. The rifle suffered a similar fate when shopped to the UK's Ministry of Defense. With the AR-18 a

The author's first test of the ArmaLite Infantry Rifle after zeroing was a practical action-rifle match.
flop, ArmaLite was sold to Elisco Tool in 1983, who didn't add much to the story.

In 1994, Mark Westrom bought Eagle Arms. Westrom had been an Army Ordnance

The conventional-looking M15A2 conceals the improved bolt and ArmaLite's Tactical Two-Stage Trigger.
officer, an employee at the Weapons Systems Management Directorate of the Army Armament, Munitions, and Chemical Command (AMCCOM) at Rock Island Arsenal, and a Service Rifle competitor. Through a circuitous path of introductions, Westrom met John Ugarte, who had been the last President of ArmaLite at Elisco tool and retained the rights to the ArmaLite name. In 1995, Westrom secured the rights from Ugarte and ArmaLite was back in business, shipping rifles by the end of the year. In the following ten years, the new ArmaLite shipped more rifles than ArmaLite did total prior to 1987.

Much like the ArmaLite of Stoner's era, Westrom's ArmaLite is a leader in

Though the M15A2 lacks a free-float hand-guard, the author didn't find deflection of the medium-contour barrel to be a problem on practical targets.
innovation. As one of the largest manufacturers of AR-15 rifles and parts, it has the R&D resources available for engineering studies required to redesign parts and bring improvements to the overall rifle design. For example, the mid-length gas system which has become popular in the last few years was first offered by ArmaLite to help avoid extraction problems with the 7.5-inch carbine gas system. The rifle I sampled hosted a few other changes only a detailed examination would reveal.

Popping open the hard-case containing the ArmaLite M15A2 Infantry Rifle, I was

The new adjustable ArmaLite two-stage trigger (center) differs from the Rock River National Match trigger (left) and a stock single-stage trigger (right).
greeted by what appeared to be a standard A2 rifle, two 3-round magazines, a web sling, a chamber flag, and the M15A2 Operators Manual.

The rifle is built around a 20-inch chrome-lined carbon steel barrel. Its profile under the hand-guards is 0.90 inch and it is heavier than the standard A2 (0.605 to 0.675 inch). Likewise, the profile is lighter than the common 1.0-inch thickness of National Match barrels. The barrel is cut with a standard 5.56 NATO chamber that can safely fire military 5.56 mm ammunition and enhances

There is no wear on the deprecated lug on ArmaLite's improved bolt (left), compared to a standard Colt's bolt (right).
reliability compared to tight match chambers.

The upper receiver has a fixed carry handle with A2-style sights. Because most people find it easier to shoot accurately with the smaller aperture, ArmaLite uses a small hole on both the short-range and long-range apertures. The A2 fixed stock provides a length of pull of 13.5 inches.

The lug opposite the extractor on ArmaLite's improved bolt is about 0.02 inch shorter than the rest to better balance recoil forces on all the bolt lugs.
good two-stage pull which can be mechanically configured by an armorer to weights between about five pounds for match use and seven pounds for police use.

Like any machine, the AR-15 has some parts that will eventually wear out. The bolt is one of these, contributing to both infant mortality failures and long-term failures for bolts with over 10,000 rounds. These failures usually involve cracks developing at the base of the two lugs adjacent to the extractor or at the cam pin hole causing the bolt to eventually break.

The AR-15 bolt can be thought of as starting with eight lugs around its circumference. One is cut away to provide room for the extractor. During firing, this asymmetry causes the bolt to warp slightly due to uneven support and put approximately 80% of the force load on the two lugs adjacent to the extractor. It's no surprise that the majority of bolt lug failures occur at one of these two lugs. ArmaLite's solution is to balance the force by only using
six of the seven lugs for load-bearing, restoring symmetry under load. This change is accomplished by simply shortening the back of the lug opposite the extractor so it does not engage the barrel extension. ArmaLite's engineering study determined that this change alone reduces the stress on the two problem lugs by about 40%.

Besides sporting use, the M15A2 Infantry Rifle is intended to be used by security customers such as law-enforcement. I set out to test it in some practical exercises. There are two places where you can consistently see firearms fail and hear their owners say, "I don't understand, it worked great

The long sight radius of the 20-inch rifle aids aiming, especially when engaging distant targets.
when I shot it last weekend." The first is a training class, and the second is a practical shooting match.

I am lucky to live in a part of the country with a dedicated community of practical shooters: USPSA/IPSC, three-gun, and action rifle. In particular, the monthly Pueblo Rifle Match is run by an experienced Law Enforcement Officer who believes rifles should be used to their full capability. In other words, it's a hard match, with targets from contact distance to 425 yards. With the sights zeroed at 50 yards, the 20-inch A2 shooting 55-grain mil-spec ammunition has a point-blank distance of about 300 yards.

If your favorite past time is spending a day at the range, you're sure to love Guns.com's selection of firearms. Whether you're a competition shooter or just like to make steel sing, we're sure to offer a gun that you'll love to shoot.