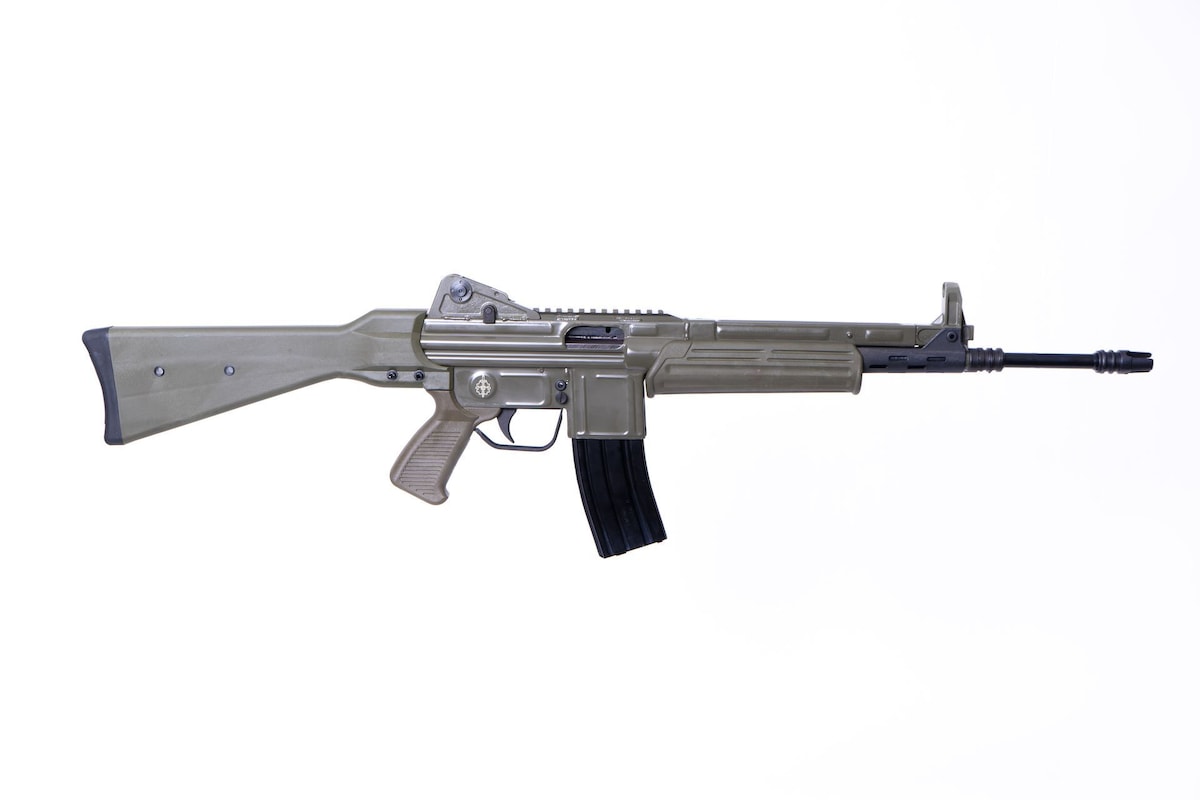 CETME L GEN 2 Rifle - Spanish Green with Rail 5.56/.223 Remington 30 round magazine
Born from the ashes of WWII, the CETME design group was established in Spain, and staffed by many Mauser employees like Dr. Ludwig Vorgrimler, who brought their research and designs with them. They would later develop and adopt the CETME C, better known to American shooters and collectors under its German licensed designation: the G3 / HK91 in 7.62x51 / .308.
Faced with the transition by militaries to the 5.56 in the 1970s, and with their pending entrance into NATO, Spain and CETME began in earnest to develop a 5.56 rifle for their military. The result was the last roller-locking rifle to be adopted by any military, and the first and only one specifically designed for the 5.56/.223 from the ground up, the CETME L.
Unlike its German cousin the HK33, it was not a scaled down version of the 7.62 receiver. A totally new design, the CETME L is thinner and has a smaller form factor. The CETME L served with Spanish troops through the 80's and 90's, and was used during their service with Coalition Forces during Operation Desert Storm. The CETME L continues to serve to this day with Spanish Reserve and Police units.
MarColMar uses original Spanish surplus parts, a new made in the USA receiver, a cold-hammer-forged and nitrided barrel (1-in-7), brand new US made furniture, all finished with Cerakote, to produce a beautiful new firearm that is now optimized for US STANAG M-16/AR-15 magazines.
But MarColMar didn't just copy the CETME L, they employed the newest materials and manufacturing processes (like robot welding) to produce a rifle even better than could be built in the 1980's. The CETME L is now even available with a welded picatinny rail, and in four different Cerakote finishes, original Spanish Green, Black, Grey and FDE. Eventually CETME LVs and LCs will also be offered to owners of the CETME L.

No matter what you hunt, or what type of gun you prefer to hunt with, Guns.com offers options for everyone. Factors like durability, reliability, and functionality are all important things to consider when choosing your next hunting go-to.