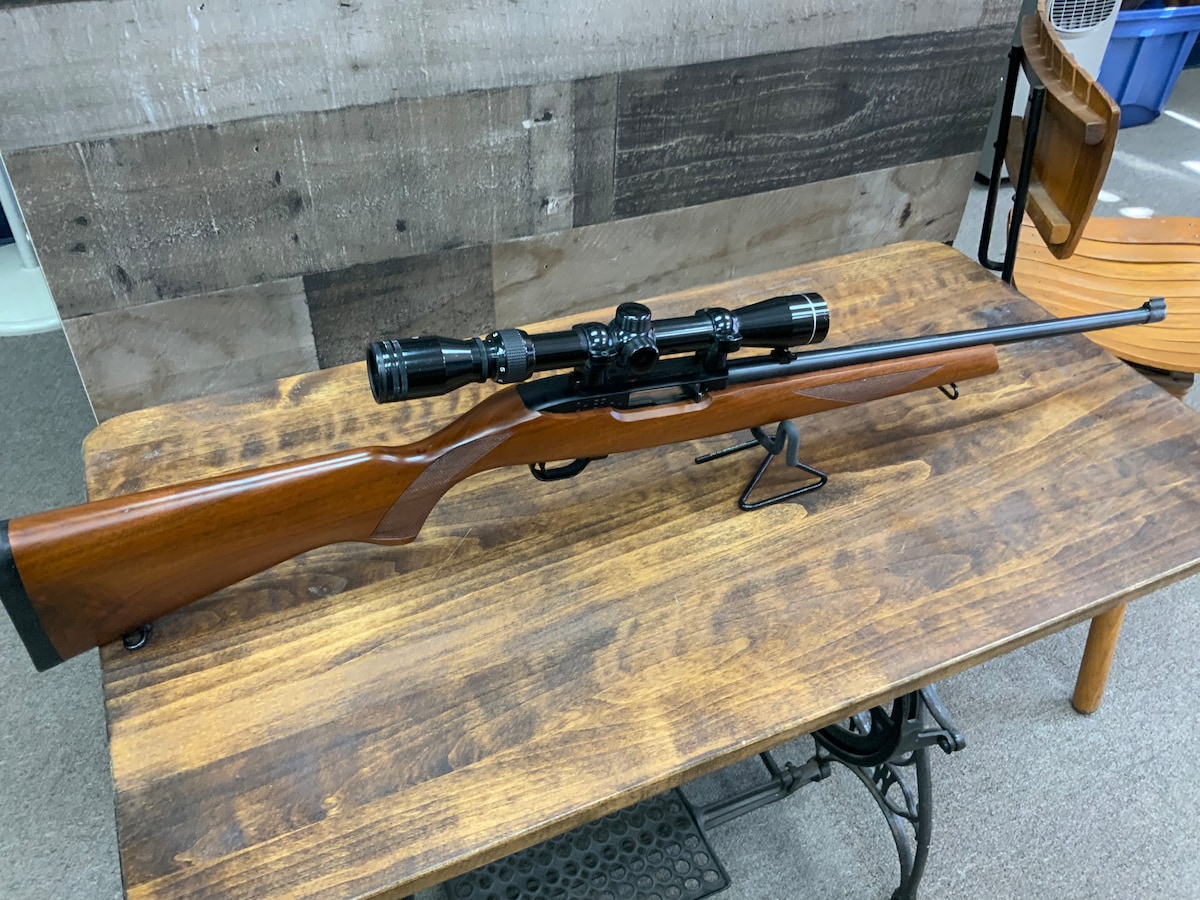 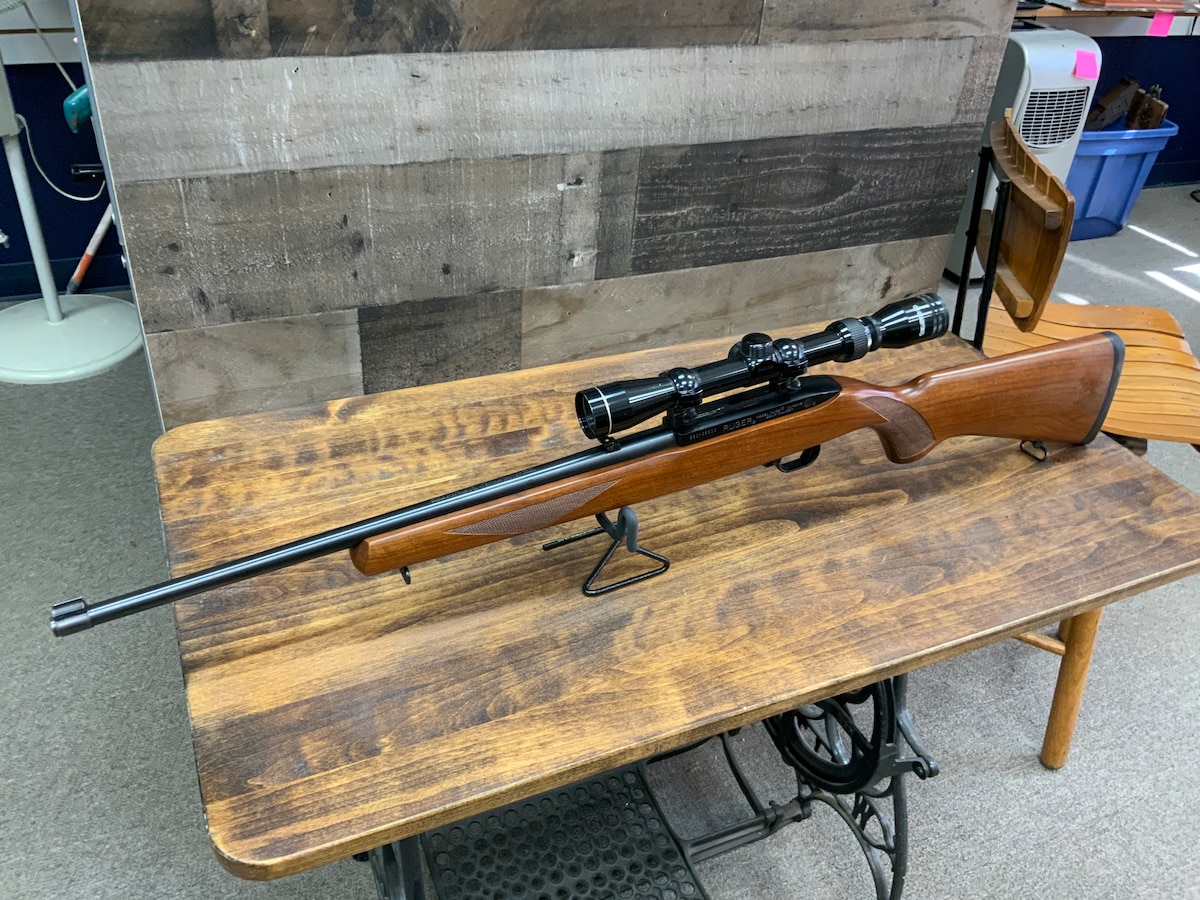 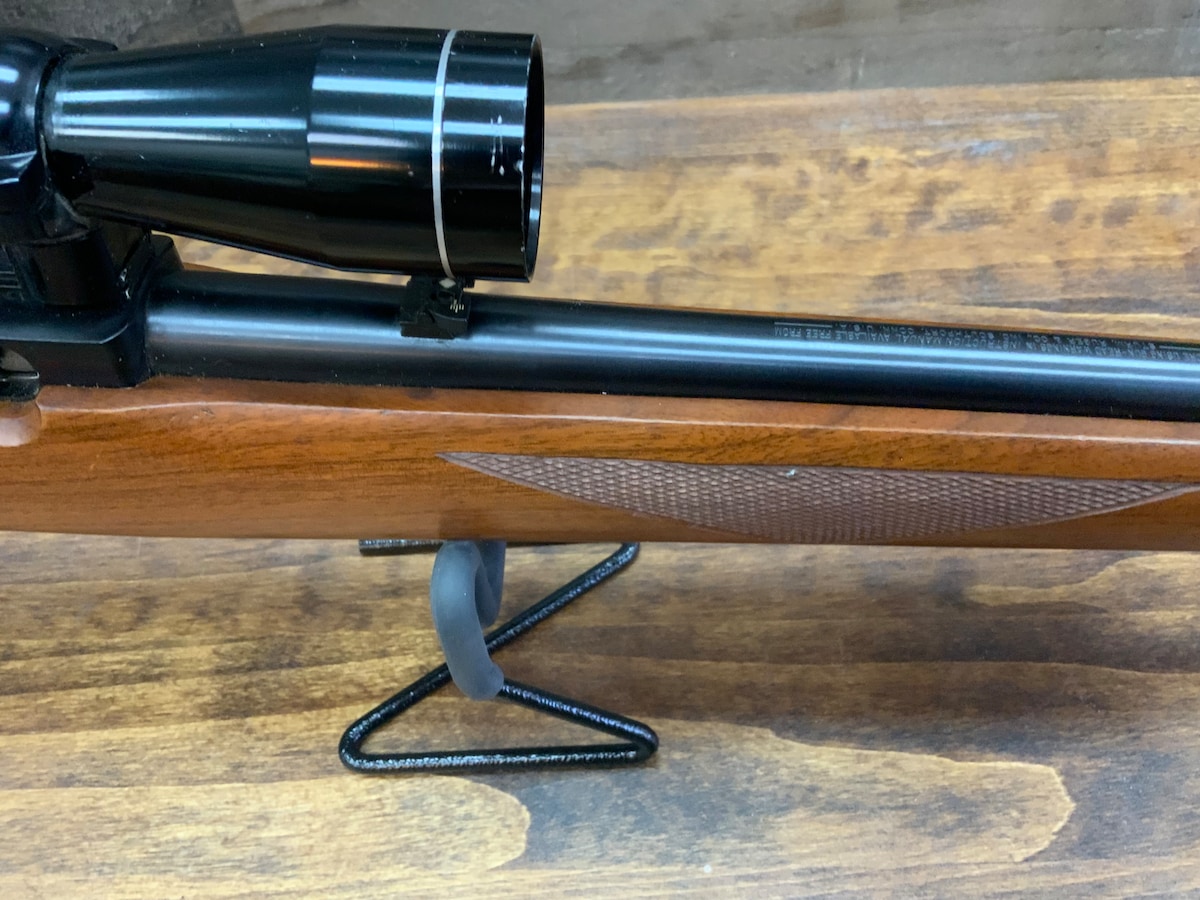 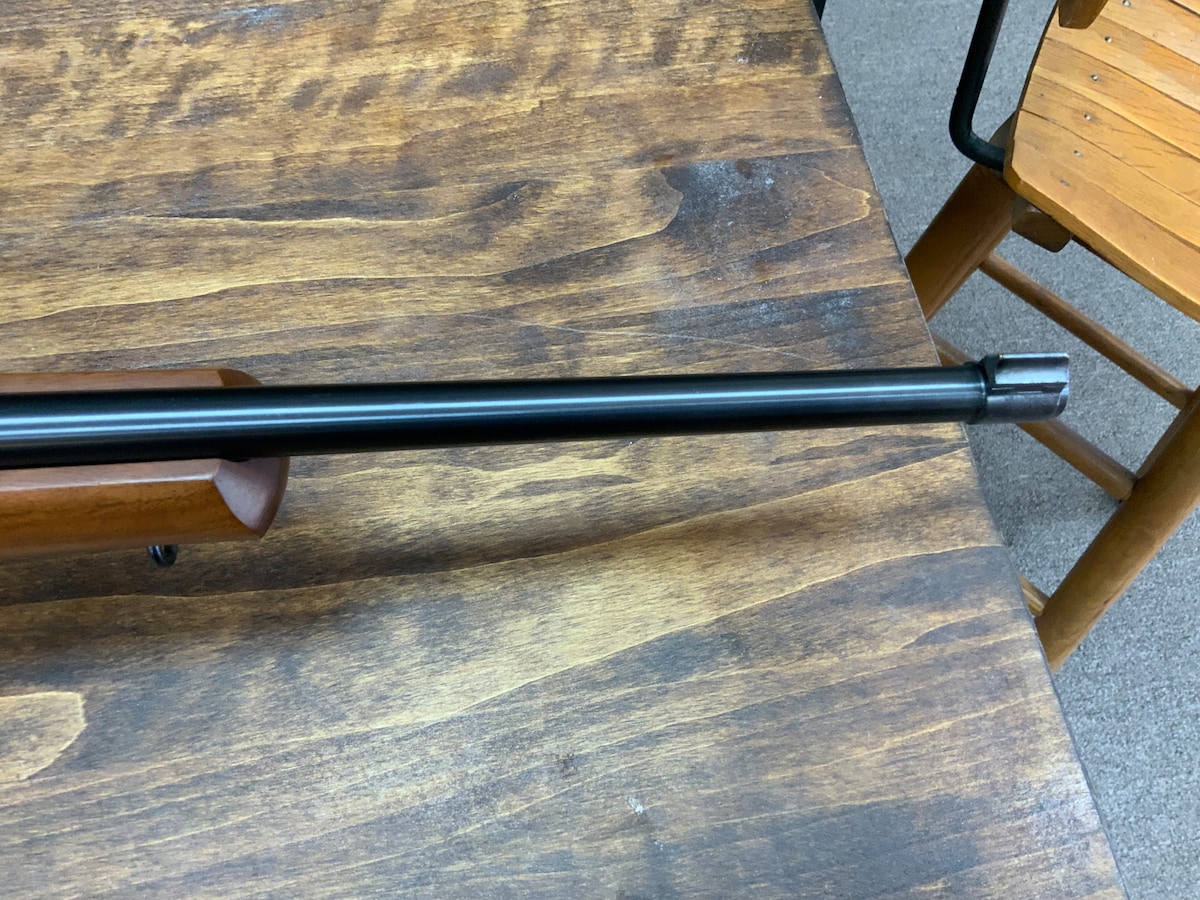 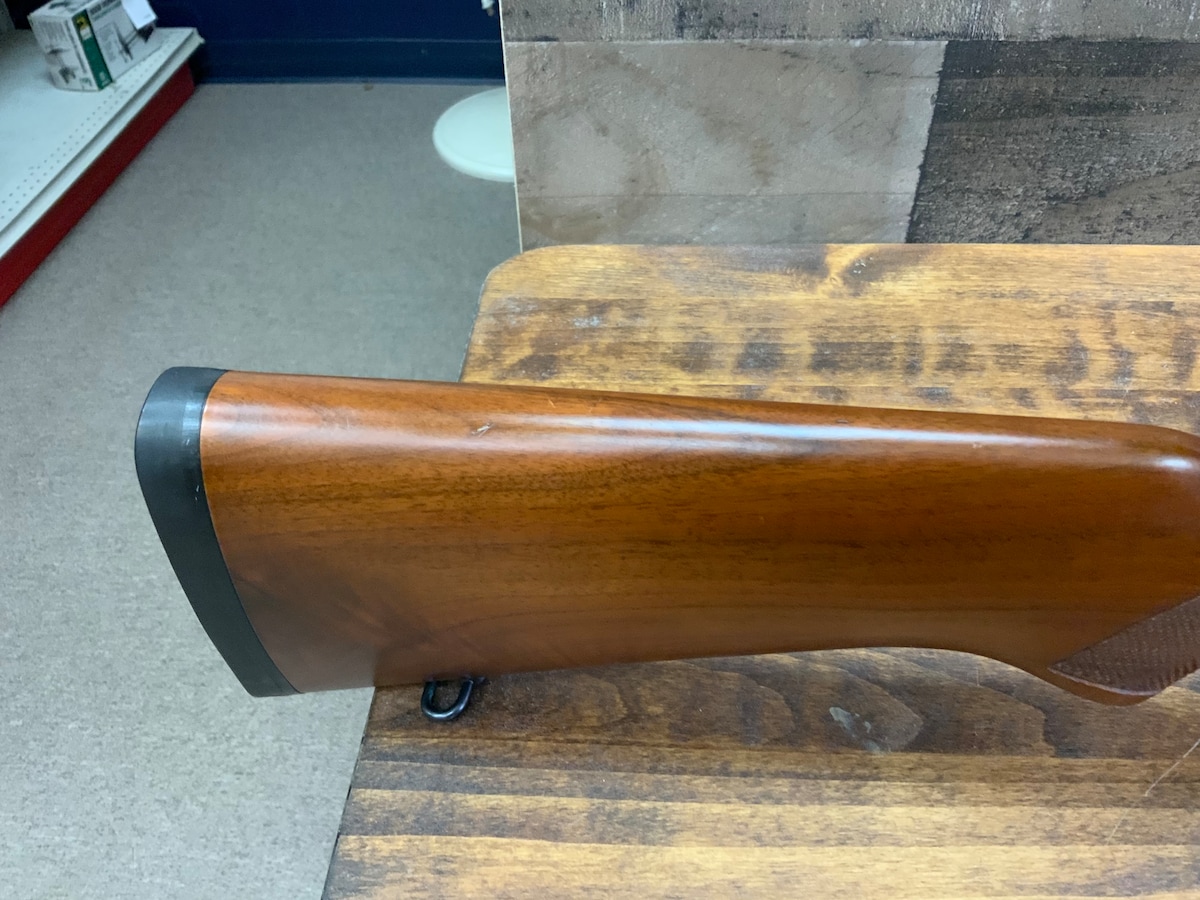 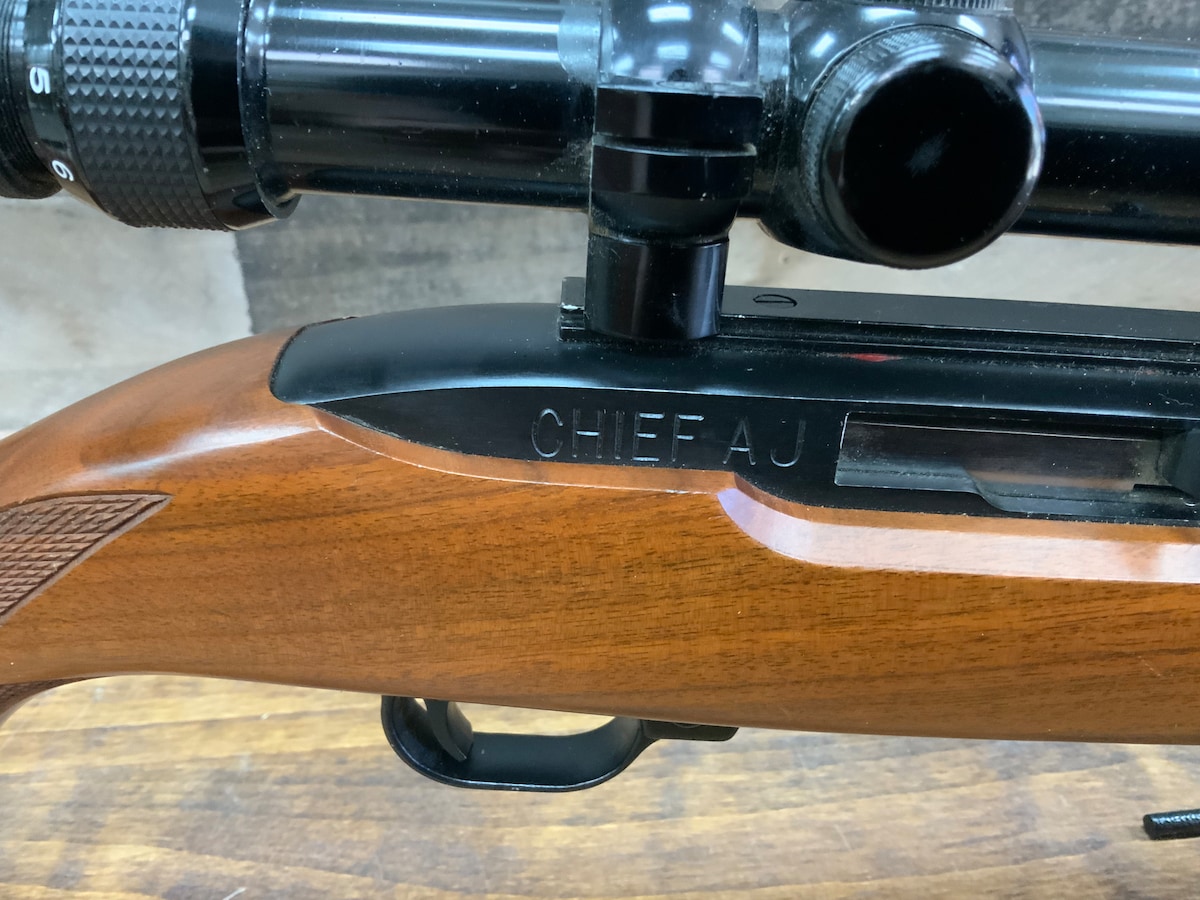 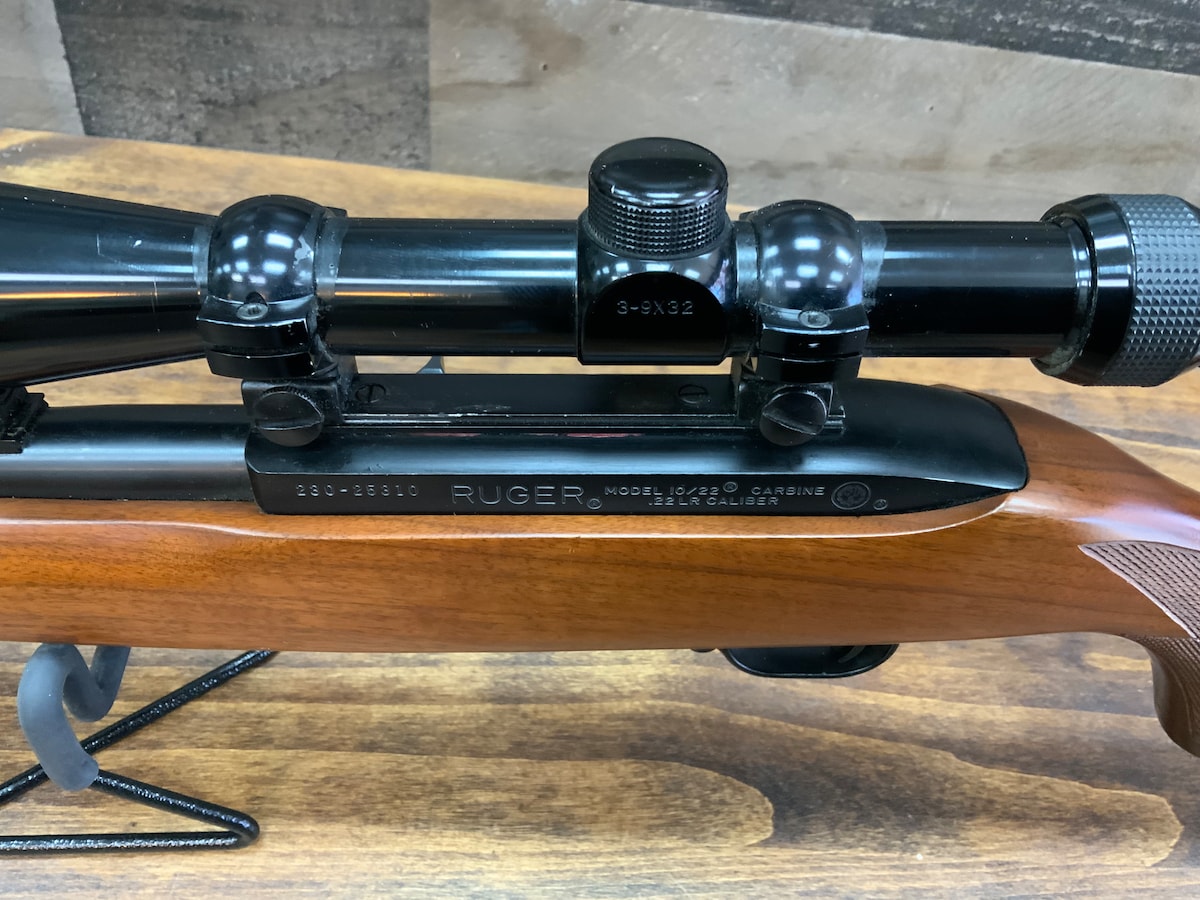 This Chief AJ edition 10/22 is like brand new.
You may have noticed that we have a lot of rimfire material in this issue. One of the greatest rimfire rifles of all time has to be the classic Ruger 10/22 semiautomatic rifle. One of the greatest rimfire shooting feats of all time was accomplished by John “Chief AJ” Huffer in 1987. He was 50 years old, and he used 10/22 rifles for the deed.

John Huffer was born on Christmas Day 1937 in the Florence Crittenton Home for Unwed Mothers in Peoria, Illinois, and given the name Clarence Moore. He was the child of a Cherokee father and a Menominee mother. Six months later, he was adopted by Charles and Dorothy Huffer of Urbana, Illinois, and renamed John Huffer. He graduated from Urbana High School and attended the University of Illinois, where he was a member of the ROTC rifle team.

Before that, during seventh and eighth grades, John participated every Wednesday night in shooting .22 rifles at the local armory with the Junior NRA rifle team. Shooting a box of 50 rounds each Wednesday evening, John shot his way to the level of “expert” in prone, sitting, kneeling, and offhand positions.

Later, as a teenager, John was inspired to try aerial shooting after watching the antics of Annie Oakley in a movie about Buffalo Bill’s Wild West traveling show. With that, he found his calling. The Record Rimfire Shoot

Fast-forward to 1985. After almost 30 years of various endeavors, including attending Bible college and ministering throughout the Midwest, founding and running a boy’s academy, working as a stringer for a CBS station, winning the Mr. Illinois and Mr. Great Lakes Bodybuilding Championships, and attending Ruger Collectors Association events, John witnessed a shooting exhibition by trick shooter Mike Blackburn. At that event Blackburn announced he would attempt to break Tom Frye’s long-standing aerial shooting record (32,860 straight hits) over the next several days. John volunteered to help with the event, and when Blackburn did not show up at the scheduled time, John attempted to entertain the audience. The rifles were Winchester lever actions, and John did not care for them. But his dream of setting a new aerial shooting record was born.

Over the next couple of years, John honed his aerial shooting skills at gun shows and other events, using his preferred rifle—you guessed it, the Ruger 10/22. By the end of 1986 John had planned a world-record shoot to begin on March 14, 1987.

The shoot took place as planned, and over eight grueling days, battling indescribable pain, the wind, and other obstacles, John succeeded in shooting 40,060 2.5-inch-square pine blocks without a single miss. For 14 hours each day, John held a 10/22 in his left hand, tossed a block into the air with his right hand, immediately shouldered the rifle while he moved his right hand to the fore-end of the 10/22, tracked the block, fired, and followed through with the rifle. He used a total of 18 rifles and a bunch of high-capacity Ramline magazines that assistants loaded for him.

Interestingly, shooting 10/22s isn’t John’s only skill. He has set several records for shooting aerial targets with long bows, and at the age of 70, he set a Guinness World Record for slingshot aerial shooting. He has written an instruction manual and made a video for his style of point shooting.

Reliability, ease of use, and effectiveness are critical factors to consider when choosing a firearm for home defense. Guns.com is committed to providing you with the best options for your home defense needs and offers a diverse selection of firearms that are up for the challenge.