At Guns.com, we know a lot of information comes along with being a new gun buyer & owner, and we are here to help you navigate it all - every step of the way. From deciding what firearms and accessories to purchase, to picking up your new firearm in-store, we’ve broken down some of the most popular selections, industry terminology, etiquette, and safety information that you’ll want to know.

How To Buy A Gun Online 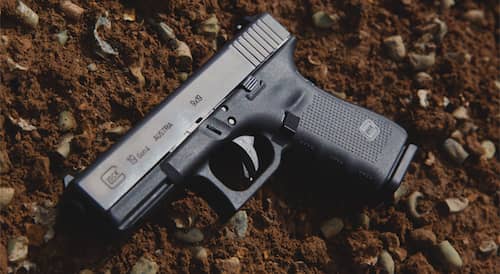 With a dedicated fandom, Glock has certainly proved that its pistols are here to stay. If you’re not quite sure what makes these guns so special, check out our list of the driving forces behind why some gun owners live and breathe Glock. 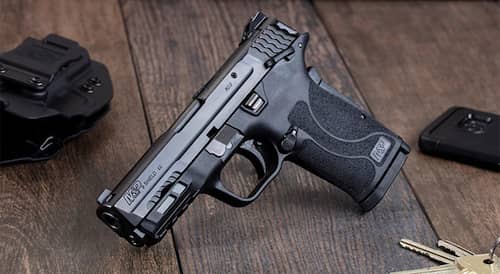 Manufacturers of reliable rifles, revolvers, and pistols, Smith & Wesson holds steadfast to the ideas of its founders, which includes high-quality products and innovative designs. 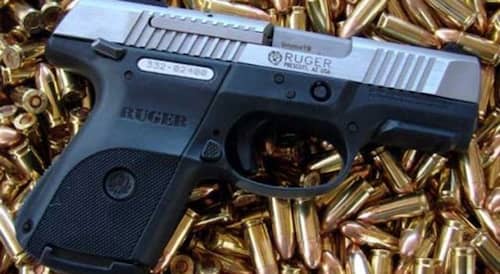 Sturm, Ruger, & Co., Inc. is an award-winning American firearms manufacturer that is typically referred to simply as Ruger.
Known as the “Arms Makers for Responsible Citizens,” Ruger is among the nation’s top gun manufacturers, offering consumers more than 400 variations on over 30 different firearms.

If you have ANY questions or are looking for someone to help walk you through the process, please reach out to our Rangemasters! They are the best of the best in helping you throughout this buying journey and are dedicated to helping you find the perfect gun.

Self-defense is a broad and all-inclusive term that covers both personal protection and home defense. When determining what kind of self-defense firearm to buy, it’s imperative to narrow down exactly what you’re looking for in terms of use – be it concealed carry, open carry or home defense.

What are the different kind of guns?
(Read More)

Firearms are typically categorized as long guns and handguns. Long gun is a term used to describe rifles and shotguns, while the term handgun refers to pistols and revolvers.

Learn more about the different type of rifles, shotguns, and handguns on Guns.com. Scroll toward the bottom of the linked page and click on “About” for additional information.

What does caliber mean?
(Read More)

Simply put, caliber refers to the size of a bullet.

Do I need a license or permit to own or carry a gun?
(Read More)

In most cases, a license or permit is not needed to simply own a gun in the United States.

However, there are a handful of states that do require a permit to own a firearm. Slightly more than a dozen states recognize what is referred to as “Constitutional carry,” which means a gun can legally be carried without a special permit or license.

In the states that do require a license or permit to carry a firearm, the process to obtain such can vary greatly from state to state.

Additionally, every state has different laws concerning the carrying of guns in your car.

When traveling, it’s important to remember that not all states have the same gun laws, and you must abide by the laws of the state in which you are traveling. While some states will accept a concealed carry license from another state, several won’t. This is referred to as reciprocity.

An interactive map showing what permits and licenses are accepted in which states can be found at USA Carry or USCCA.

For additional information on state licensing and gun laws, the National Rifle Association offers a quick-reference guide which shows, state-by-state, what is required for gun ownership and legally carrying, as well as a reciprocity map for each state.

Remember, it is solely your responsibility to ensure the information you have on your state’s gun laws is correct and up to date.

What is the best gun for concealed carry or home defense?
(Read More)

The best gun for concealed carry, home defense, or any other purpose is the one with which you are the most comfortable.

While some models are more popular than others, don’t ever let a salesperson or well-meaning family member or friend tell you which model you need. What works for them may not necessarily be the best option for you.

Find a firearm that feels the most natural, then spend time not just target shooting but using all of the different functions and features. In time, you will gain comfort and confidence, knowing the gun you’ve chosen is the best fit for you.

Can I buy a gun online and have it shipped to my home?
(Read More)

No, you cannot legally buy a gun online and have it shipped to your home. Your online gun purchase will be delivered to a local gun shop, commonly referred to as an FFL.

The gun shop will take delivery of your gun, usually for a small fee, and you will be required to pick up your purchase in person. You will also be required to show a valid ID and pass a background check.

How do I safely handle a gun?
(Read More)

The best way to learn about gun safety is to find a local instructor who will take the time to show you the ins and outs of gun safety and give you the opportunity to handle guns in a safe, controlled environment until you are comfortable and confident in your abilities to safely handle a firearm.

Try a Google search for “basic gun safety classes” in your area or ask a local gun shop.

Where do I go to practice shooting?
(Read More)

Find a gun range near you to practice your shooting skills. Depending on your location, shooting ranges can offer vastly different shooting experiences.

Some gun ranges are nothing more than an open field with targets, some shooting ranges are indoors, and some offer a retreat-like environment with snacks, coffee bars, and lounge areas. Some shooting ranges have employees and instructors available to provide assistance, if needed, while others are more of a “self-serve” environment, with no help provided.

Also keep in mind that some ranges are private and require a membership for use. Try using Google to search for “gun ranges” or “shooting ranges” near you.

What is the safest way to store a gun in my house or car?
(Read More)

There is a great deal of controversy surrounding safe storage of firearms, and safe storage for you will depend on a number of personal factors, such as whether there are kids in the home.

The American Academy of Pediatrics recommends that the most secure method of storing firearms is unloaded, locked, and separate from ammunition. However, some oppose this method and argue that in the event the weapon is needed, such as during a break-in, it will not be easily accessible or ready for use.

A number of products are available for safe gun storage. The most common are cases or safes and trigger or cable locks.

Gun cases and safes can be simple to elaborate and can cost anywhere from $50 to several thousand dollars. Most safes and cases lock with a standard key or keypad, but biometric safes are an option that use fingerprints for locking and unlocking. Biometric safes prevent an unauthorized user from gaining access to its contents. In addition to access, construction should be considered when shopping for a gun case or safe. Things to think about include whether it is fireproof and whether it can be bolted to the floor to prevent it from simply being carried away and cracked open at another location.

Trigger locks are small, lightweight devices designed to lock the trigger in place so that a gun cannot be used. They are not recommended for use with loaded guns, as use with a loaded gun can result in accidental discharge. Although most are inexpensive, trigger locks are not created equal and some can easily be pried off of a gun. Similar to trigger locks in concept, cable locks are looped through the gun and prevent the components from moving, thereby preventing unauthorized use of the gun. Although also lightweight and inexpensive, cable locks can easily be cut with hand tools.

While it’s certainly acceptable to carry a gun in your car, your gun should never be stored in your car or otherwise left unattended. Thousands of guns are stolen from cars in the US every year. If you must leave your gun in your car, make sure it is secured in a car gun safe, which is inexpensive and easy to purchase. For traveling, there are plenty of storage solutions designed specifically for use in a vehicle, including holsters and cases.

What kind of maintenance is required on my gun?
(Read More)

Routine cleaning and lubrication are the most important types of gun maintenance.

When a gun is fired, tiny bits of powder and other residue are left behind, and even when not fired, environmental elements such as dust, dirt, and moisture can collect in and on your gun. These tiny things can turn into big problems — like rust — when left unchecked.

Likewise, firearms are machines, with internal components that move and work together, and like all machines, guns need to remain properly lubricated for peak performance.

Some people recommend cleaning after every use, while others say that’s not necessary. A good rule of thumb is cleaning and lubrication should be done every few hundred rounds or at least once a year, even if the gun has not been used.

What kind of accessories should I get for my gun?
(Read More)

Outside of elements for safe storage, the most popular firearm accessories are holsters or cases and extra magazines.

Other top-selling accessories may include scopes, laser sights, and different grips.

The AR stands for ArmaLite Rifle, ArmaLite being the company that first developed the concept for this type of rifle.

Essentially, the AR-15 works no differently than the semi-automatic rifle your grandpa uses in the deer woods.

An AR-15 is semi-automatic, meaning one pull of the trigger fires one single bullet. The rifle will then “automatically” put the next bullet into the chamber and ready for use, but won’t fire until the trigger is pulled again. One squeeze of the trigger equals one bullet.

Although machine guns, sometimes referred to as Class 3 weapons, are technically legal to own, they are highly regulated, require an extensive amount of paperwork and a serious background check, and are very expensive to own and operate.

You cannot go to a gun show to skip a background check and buy a machine gun, nor can you pick up a machine gun at your local pawn shop.

The AR-15 style rifle is lightweight, easy to use, and packs a powerful punch.

The elements that give the AR rifle it’s unique look — such as the stock, pistol grip, and barrel shroud — all work collectively for easier operation. This is especially beneficial for those who would otherwise have a harder time handling a semi-automatic rifle.

This could include those of smaller stature, those who lack upper body strength, and those who suffer from injuries or disabilities that make it more difficult to operate a heavier or more high-kicking rifle.