The German Scheintod Pistols: Pepper-box, pepper guns with an even spicier past 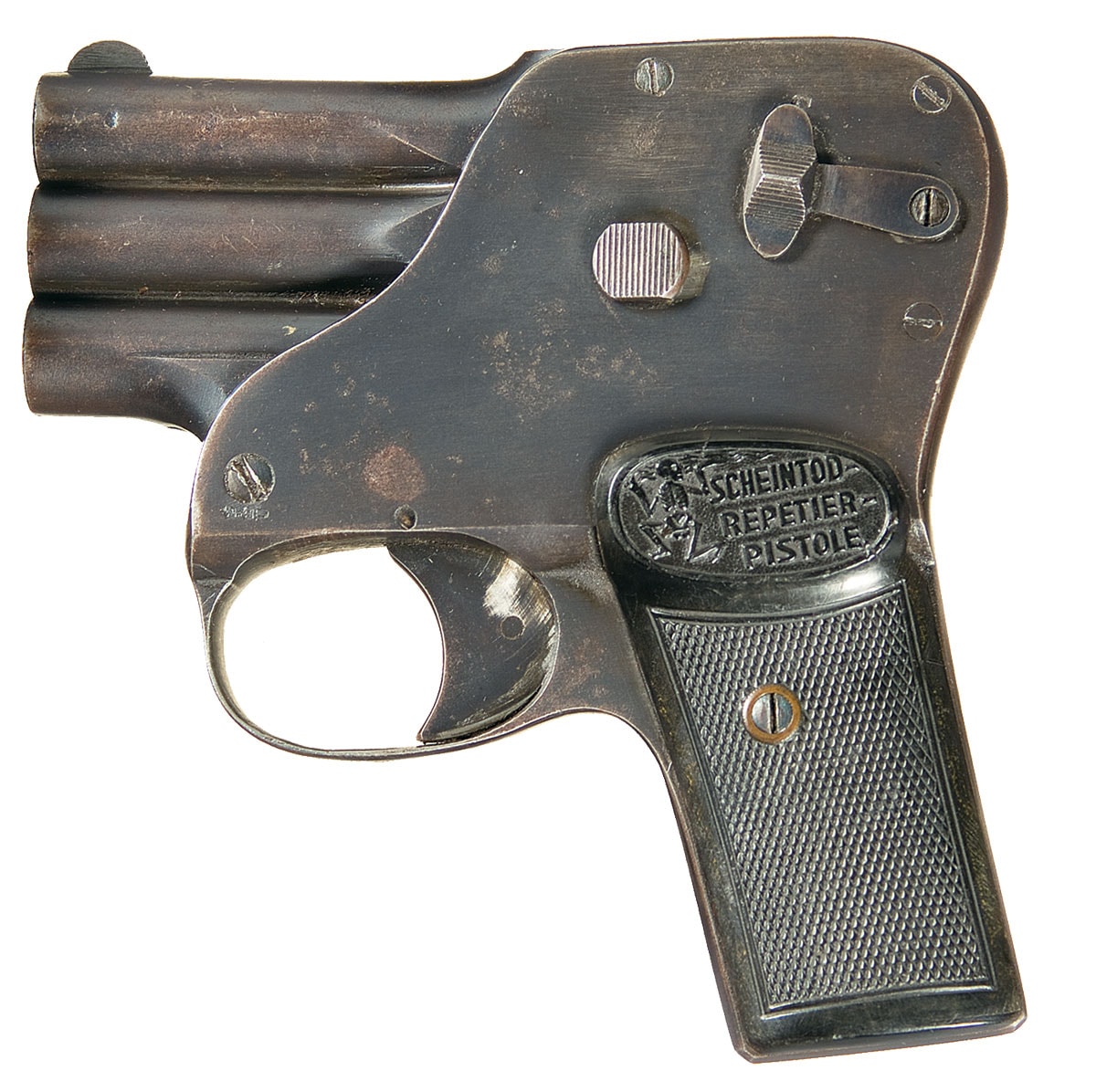 By and large, Germans aren’t generally considered to be the most compassionate of breeds.   Two world wars have pretty much cemented them as stoic, cruel and authoritarian in the imaginations of many.  Yet sometimes history can paint a seemingly different story and while already able to pocket a Mauser auto or a tight-bodied Walther, around the turn of the century and generations before frank discussions over less than lethal force, Rhinelanders sought a more humane way to say, “No. ”

The German-made Scheintod pistol was a pepper-box that fired—of all things—pepper; a cloud of pain that would drop an assailant to his knees and not into his grave.  Today, variations of these pistols are considered highly collectible as their numbers were few to begin with and the years have not been kind to those surviving early attempts at “restraint”.

Sometimes you’ve just got to call ‘em like you see ‘em—those prewar Germans were pretty darn crafty when it came to their guns.  The original Scheintod three-barrel, three shot pistol chambered a tailor-made shell propelled by a small charge of powder.  The shell was loaded with a combination of red pepper and other “irritants” which means those shells could have contained just about anything that would make your eyes burn.  This original design gave birth to a gaggle of imitators and the decades leading up to WWII saw an influx of pistols and revolvers of varying makes and designs bearing some indication of the “Scheintod” name. 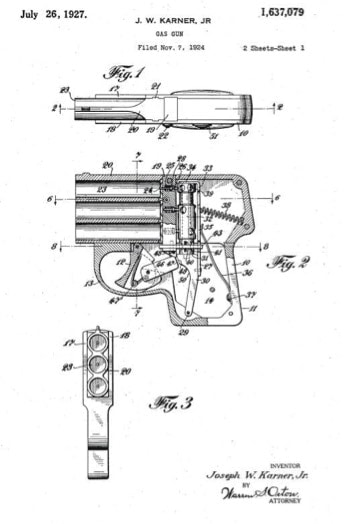 To an objective historian, the gun’s relative popularity would not be surprising.  Remember, Berlin was a weird and wild place in the ‘20s and ‘30s, and for the unsuspecting frauline caught up in the lights of the big city, the Scheintod could be taken as the Hun equivalent to those discrete little aerosol cans currently used to keep drunks at bay and hands to themselves.

And yet, how the Scheintod was generally used is hardly noble and somehow sicker than implication’s of sexual assault or alcoholism.  Scheintod (which means “apparent death” or “appearance of death”) was marketed mainly as a novelty, meant to visit pain upon ones’ unsuspecting Freunde und Familie.  The result was doubly horrible in the scope of today’s standards of gun safety: not only did you scare the victim by shoving a loaded gun in their face, you then shot vintage formula mace in their eyes, nose and mouth… with a bang no less.  Though in truth it’s not a far walk to reconcile our own “Jackass” fixations with what could be called darker side of Germany’s slapstick sensibility, the Scheintod can be seen as a reminder of some sage advice: consider the use before passing judgment.