As a long-time firearms instructor, I have come to realize that self-defense is a very personal subject.  It evolves out of a multitude of individualized aspects, from lifestyle and personality, to tools, tactics and overall mindset.

Truly, it is a subject that does not work well with a “one-size-fits-all” approach and unfortunately, sometimes personal defense can become generalized, especially in the area of women’s self-defense.  Painting a firearm pink or installing a pearl grip does not make a woman’s self-defense gun, neither does calling a class a “Woman’s Self-defense Class” make it especially suited for females.

One of firearms’ most defining and powerful characteristics is that they are truly universal.  A gun does not care about the gender, race, or creed of its user.

And the laws concerning usage of a firearm in self-defense are not gender specific either. No matter what gender a person is, firearm fundamentals are the basis of self-defense, Rather than think of self-defense though a gender lens, it’s more appropriate to learn the fundamentals of shooting, understand the legal ramifications and make adjustments to your needs whether its your lifestyle, gender or physical abilities.

Find a range you are comfortable visiting regularly, an instructor that you can communicate with, and apply good common sense to solve your needs and you will be receiving quality self-defense training.

However, this is not to say that over the years I haven’t identified some specific gender differences when it comes to self-defense that should be accounted for.

There is a well-worn platitude uttered among firearm instructors that in general, women shoot better than men.  The reasoning for this belief is not because of any physical difference between men and women, but because of sociological differences.  Some men tend to think they can drive, grill, and shoot a gun naturally as a result of them just “being a man”.

In my experience, these guys tend to sit in the back of a class waiting until they get to go shoot or get the class certificate.  On the other hand, most women tend to think that if they are going to learn a new skill then they should pick an expert and listen to what they say and these students tend to be more open to applying the fundamentals on the range. 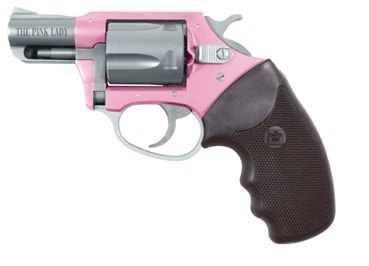 While this is a good thing, it can sometimes be a problem for instructors that do not recognize some cognitive gender differences and adjust accordingly.

When the instructor teaches the fundamentals of shooting – say for example using the BRASS technique (Breathe, Relax, Aim, Slack, and Squeeze)  – many men either ignore the tutorial entirely and shoot as they have always shot, or they already instinctively know to follow these fundamentals concurrently.

The key word here is concurrent because many women I’ve come across follow the instructions to the letter but apply the steps consecutively.  What I mean by this is that many of my female students compartmentalize what should be a fluid process.

First they breathe and relax, then they stop breathing as they tense up while aiming, then, once their sights are aligned, they stop looking through their sights and concentrate solely upon the trigger squeeze.  Really, you cannot leave any of these steps behind and it should be a simple thing for a firearm instructor that understands the difference to address it in class in a manner that serve the needs of both genders.

And the gender deference in self-defense shooting is far from just mental, as disparity exists problematically in the logistics of the discipline.

A strong side holster that works well for a man may not work for a woman, particularly if the swell of her hip pushes the grip into her side.  In order to draw from such a holster the woman would need to lean away from her gun to draw.  And throwing a gun in a purse doesn’t solve the problem.  An effective self-defense firearm has to be instantly accessible and protected against loss and damage and you should consider this when purchasing any accessory or modification.