Successful Gun Collecting is All About Knowledge, Experts Say

If you’re a beginner and whether your intentions are for a hobby or an investment, experts in the field of collecting antique firearms, will tell you the same thing: first, learn about the type of antique gun you want to collect.

Mowbray said antique guns have proven to be a consistently reliable investment, increasing in value steadily over the years.  “With a generational shift,” he said. “Older guys in their 60’s grew up watching cowboy movies with John Wayne, and the cowboy guns of the Old West are popular with them. Younger people are more interested in World War II. A certain type of gun can pick up steam in value, but on the whole there hasn’t been a loss.”

Mowbray said antique guns are an investment compared favorably with the purchase of Mutual Funds, averaging an increase of 4 or 5 percent per year. What to collect depends on your budget.

For those whose pocket book is limited, the M1 Garand rifle of World War II is a possible buy (and soon possibly to be even more readily available).

“Even though millions of them were made, they still hold their value,” Mowbray said. “You can buy a good M1 for about $800.”

“They hold swap meets and you can meet knowledgeable people with similar interests,” he said. “Just going to an auction not knowing what you’re doing is dangerous. You want to find an established dealer with a good reputation.”

If a gun is authentic and a good investment, unless you’re really lucky, expect to pay full price.  “Where people get burned is when they try too hard to get a bargain,” Mowbray said.  “Just hoping you get lucky is not recommended.”

However, Mowbray said one tip is to learn what the individual markings on a gun mean, which can tell you where it was made and who used it. A seller may not know this information and give you a price under market value.  Some of the most overlooked markings are on guns manufactured in one country, and used (issued) in another. Often the issuing country puts its own stamp, or mark, on the weapon.

Mowbray explained “For example, a military bolt-action rifle has marks maybe the dealer doesn’t know about.  Maybe a gun was used in Ethiopia. If you can add to a gun’s story, it increases the value.”

The story of a gun not only adds to a gun’s value, but remains at the heart of collecting, and the dissemination of firearms can lead to some unlikely sources for collectible guns.

“A gun can be made here, but then our army doesn’t use it, and it ends up for example in South Korea,” Mowbray said. “In wars, countries often buy up all kinds of guns and put their own stamp on them.” 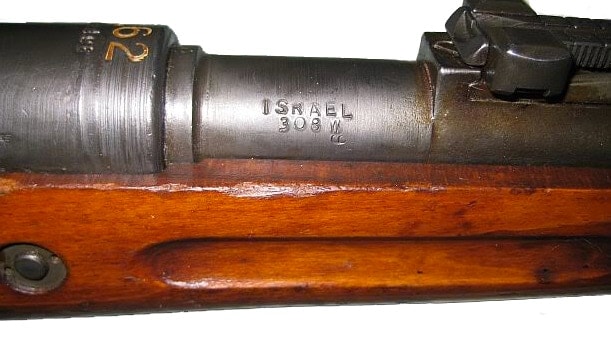 Another example of a rifle made and distributed all over the world is the Mauser, a German design of the late 19th and early 20th centuries.

“Mausers were marked with a coat of arms in the receiver ring,” Mowbray said. “A Mauser from Guatemala might be worth more because it’s rare. Maybe only 4,000 of them were issued.”

John Gangel is owner of Little John’s Auction Service in Southern California, which does live auctions of valuable firearms as well as producing catalogs on the subject. He said the best way to get started is to do research and gain experience in the field.

“When I started there were very few books on this subject, but now there are many,” he said. “Do research and don’t buy anything for six months until you do. Define what it is you want to buy or collect. When you’re ready, you’re going to make a purchase by looking at the gun up close. This is a hands-on experience.”

The most sought-after guns in recent years include the World War II .45 caliber M1911 Colt pistol, the M-1 carbine and the M-1 Garand rifle.

“A key to successful collecting is to find an old mentor, someone who really knows about it,” Gangel said. “It’s always best to get a second opinion. If you find a gun that’s really cheap just lying there on a shelf and nobody seems interested in it, there’s probably a good reason.”

Gangel said among collectors, two of the most prized of firearms are the Paterson Colt pistol circa 1836, and the Walker Colt designed in 1846. Both are highly rare.

“They can sell in the $200,000 range,” he said.  Gangel said beginners should also watch out for counterfeit guns.  “Buy from a legitimate source,” he said. “This is sometimes lost on young people who want to do it quick. You never get them cheap.” 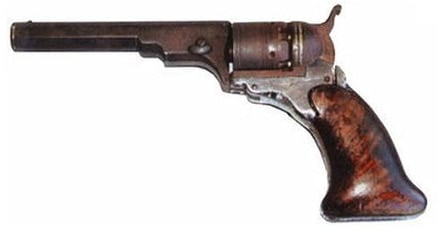