Last Saturday saw the NYPD and a special Police task force called the Coalition to Reduce Violent Crime partner with a collection of Brooklyn Clergy to orchestrate a Cash for Guns rally in an effort to get illegal guns or guns that could likely be used in a crime off the streets.  At two locations in Brooklyn—the First Baptist Church in Brownsville and Southern Baptist Church in East New York—citizens had the opportunity to turn in any functioning gun in exchange for prepaid ATM cards.  The pay out was $200 for handguns and $20 for rifles.  All transactions were handled with complete seller anonymity and the proceedings adhered to a “no questions asked” policy.

As is the case in many other iconic American cities, guns are the principal instrument used in New York City murders.  Every year guns are used to kill around 200 men between the ages of 18 and 34.  The New York City Department of Health and Mental Hygiene reported this June that African American males in this age bracket are bar none the demographic most affected by gun violence, three times more likely to fall under gunfire than White or Hispanic males of the same age.

NYPD officer Michael Debonis reported to the New York Daily News that “174 total [guns] were turned in” in a six-hour period beginning at 11 am Saturday.  These included 70 semi-automatic pistols, 72 revolvers, 19 rifles, five shotguns, one sawed-off shotgun, and an assortment of “improvised firearms” more commonly known as zipguns. Other notable exchanges included a miniature Uzi, an AK-47 and a pink 9mm revolver. 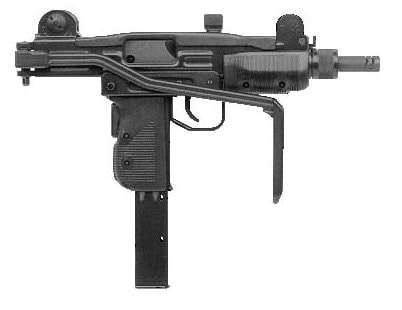 This phase of New York City’s buyback strategy has been in operation since 2008.  Over this period of time city cops have accumulated over 6,000 guns at nine separate buyback satellites set up in churches throughout Brooklyn, Manhattan, Queens and the Bronx.  Lt. John Dzwlewicz of the NYPD Community Affairs noted that locations for drop-off sites are chosen because of their proximity to high crime areas.

Aside from these “gun drive” centers, anybody can drop off their working handguns at any local NYC police precinct anytime.  Police will pay $100 for these handguns.  Also an aspect of the initiative, informants can earn a $1,000 reward for any information that leads to an arrest for criminal gun possession.  The number to call is 1-866-Gun-Stop.

Despite receiving heavy criticism from both gun rights and gun control advocates, New York’s two decade long campaign to bridle gun violence has been unprecedentedly successful for a city of its size. Proponents of Mayor Michael Bloomberg’s latest gun control crusade (which began in 2006 with the formation of Mayors Against Illegal Guns) often point to a number of positive trends.  Once criminal possession of a gun was declared a felony, gun violence in the city dramatically decreased: homicides among men aged 18 to 34 in New York City dropped from 1,126 in 1990 to an average of 260 annually between 2006 and 2008, according to a 2010 Department of Health and Mental Hygiene report.

According to an annual report by the Firearm and Injury Center at University of Pennsylvania, New York State has the fifth lowest firearm death rate in the country (behind Hawaii, Massachusetts, Rhode Island, and Connecticut). The five states with the highest firearm death rates are Louisiana, Alaska, Nevada, Mississippi, and Alabama.

It’s important to remember that numbers such as these, though encouraging and reassuring, can create false sense of security and a decrease in any one city’s homicide rate may not appropriately account for the gravity of taking any one life.  Although the city can hang its hat on a low incidence of gun deaths when taken alongside our national averages and homicides have dramatically decreased when compared to decades past, gun violence still continues to ravage communities and families throughout the greater New York Area.  These crimes should be seen as a sober reminder that we still need to embrace creative and proactive measures to decrease violence overall.