The case of Brian Aitken came to close this week in a just and reverent fashion with a pardon from New Jersey Governor Chris Christie.  Almost two years ago Mr. Aitken was sentenced to seven years in prison for possession of two handguns he had purchased legally in his former home of state of Colorado.

The incident began when the 27-year old media consultant (who had no prior criminal record) confided to his mother he was having suicidal thoughts.  It’s of note that this depression came on the heels of an abruptly canceled visit with his son.  When Aitken left his mother’s home in Mount Laurel, New Jersey, she called police out of fear for her disconsolate son. The police later found two locked and unloaded handguns in the trunk of his car.

The guns had been purchased legally in Colorado; Aitken passed the FBI background check when he bought them. Brian had also contacted New Jersey State Police before moving back home to discuss exactly how to properly transport his weapons and laws governing weapon possession in the Garden State.  Despite these good-faith efforts, Brian was arrested and convicted of criminal weapon possession. 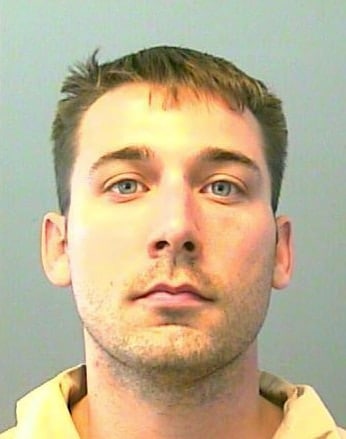 Aitken’s lawyer, Evan Nappen, argued the he had a legal exemption to have the handguns in his car because they say he was in the process of moving from his parents’ home in Mount Laurel to Hoboken.  According to Nappen, Morley refused to provide the jury with Jersey’s “travel exemption” statue concerning handguns, which would have moved the proceedings towards a mistrial.

Judge James Morley would hear none of this argument when the case went to the trial earlier this year.   Aitken was convicted on weapons charges, handed down a determinedly lengthy 7-year spell and has been sitting in the clink since August.

Christie’s order to commute the aforementioned sentence came on Monday and secures Aitken’s release from custody “as soon as administratively possible”.  As with any gubernatorial pardon, the order is subject to revocation at any time.  Morley has since been canned, though for some more colorful cases and judicial decisions.

Prior to the Governor’s announcement, Larry Aitken was his son’s greatest advocate and pioneered tirelessly for Brian’s release.  In an emotionally charged interview with Fox News, he choked out,

“I don’t think there are words yet invented that could characterize the — I guess anger would be one word, but it’s a lot deeper than anger.  Whatever the word is that’s a combination of anger, shock, disbelief, horror and a desire to expose all of this — that’s the word.  This can’t happen. I won’t let this happen to my son.”

“There’s a wide patchwork of gun laws between various jurisdictions and, in some states, it can differ from a local town that passes an ordinance to another town. That’s why it’s so Draconian in its application and how you end up with a Brian Aitken situation.”