Add this one to the short list of groovy things they’ll be detailing at this years SHOT show: Lapua is set to start producing .260 Remington brass in 2011.  And the grooviest thing about Lapua making .260 Rem is that the cartridge sort of touches on all bases: over the years Lapuas’ sniper rounds have seemingly found a home universally among shooters, regardless of whether they’re coming from the hunting, competition or tactical worlds.

Additionally (and probably primarily to most handloaders out there) Lapua making fresh .260 brass means there’s now a sure thing when considering this caliber; gone are the days of cherrypicking Rem-brand brass and “necking around” .243s or .308s and along with it all the things that can go wrong reforming cases.

In part, Lapua’s decision to start shelling out .260 Rems has to owe something to this cartridge’s integral role in the 2010 Camp Perry shooting Championships, which saw the round used to set a new national shooting records and land a handful of competitors in the winner’s circle, much to the surprise of spectators.  Yet, what was noted mostly about the .260 Rem’s performance at Camp Perry was that it seemed suited to a wide variety of competitive arenas, which translates into a superb Lower 48 game rifle. 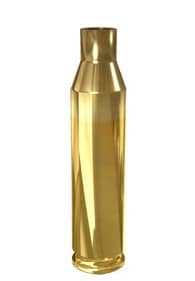 Ballistically, the .260 performs a lot like the sworn by 6.5×55 with a cartridge size that fits short actions.  For long range, the .260 Rem works great with anywhere from 120-grain to 142-grain bullets.  All told what you get is a great round for medium to large game that you can tailor effectively to short or long game applications on the reloading bench.

The .260 isn’t just a target round. It has also shown itself to be a fine performer in the field for medium game. Effectively duplicating the ballistic performance of the time-honored 6.5×55, the .260 has already developed a well-earned reputation for dependable stopping power on deer, antelope and similar game. Given the tremendous selection of bullets for every conceivable application, the 260 is an extraordinarily versatile cartridge. With such a solid history already established in such a short time, Lapua is proud to add the .260 to our line of premier components for the handloader.

The official announcement will be made at SHOT Show 2011 in Las Vegas (which Guns.com will be attending).  Look for brass cases on a store-shelf near you come early spring.