Last summer, Kahr Arms, gun manufacturers and distributors out of Massachusetts, gobbled up Magnum Research—the American parent of what many consider to be the most garish and ridiculed over-sized pop gun in the free-world, the Desert Eagle.

For over two decades Magnum Research imported Desert Eagles (sometimes called the Jericho) and Baby Desert Eagles by the truckload from the guns’ other, custodial parent, Israel Weapon Industries, and in that time MR did just about everything in their power to make their little fledglings stick out from flock.  They fleshed out its caliber options from the original .50 caliber (which seemed impractical) to .44 and .357 and then proceeded to push its brood out of the nest one by one: the Micro Eagle, the Baby Desert Eagle “Fast Action” Pistol, a 1911 version, a Revolver version (which was actually Magnums original design) and a pair of big caliber rifles, the Mountain Eagle and the Magnum.

The Eagle’s critics have charged that what seemed like senseless changes (or lack there of) to the size and design led to jams and unmanageable recoil, not to mention the entire breed’s reputation for failures to fire and about three years ago Magnum abruptly stopped importing them as popularity declined. 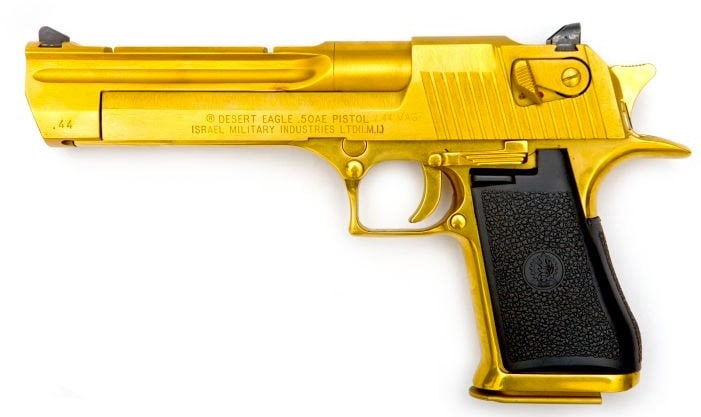 Yet the Desert Eagle appears destined to follow the same narrative as another famous eagle, who, once spiraling desperately towards extinction, was saved from annihilation by those who mourned its absence.  Yes, 2011 will see the Baby Desert Eagle II take flight again and, according to Magnum Research, consumer demand incubated the egg.

Like just about every major arms manufacturer in the world, Kahr Arms will reintroduce its eaglet to masses at the 2011 SHOT show.  The Baby Desert Eagle II handguns will be available in 9mm, .40 S&W and .45 ACP.  It will come in either steel or polymer frames both in black. The full size and semi-compact models will include a tactical rail.  Kahr claims a total of 19 variations to this model.

The Baby Desert Eagle II isn’t cheap but it won’t break the bank either projecting a cost of around $616 for the polymer frame models and $630 for steel frame models and orders will begin shipping in early spring.  You can visit Kahr.com to learn more about this product.