By and large North American hunters seem to have a more acute awareness of their own history than most other hobbiest cliques we see today.  Heritage is a word we like to throw around a lot and our reverence for this collective history is often credited as the guiding force in our efforts towards conservation and education. Trophy hunting is a term that has been used to describe this heritage and, though accurate in a strictest sense of the word, the connotations it carries doesn’t really do the process justice and always seemed a little reductive to us.

This is because, even if antlers still motivates the hunter to hunt, antlers represent the conclusion and not the reward and thus not the goal.  In reality, the rewards we hunt for and the trophies we take home with us are the moments that make-up our complex individual and collective histories as the descendants of wild game hunters. 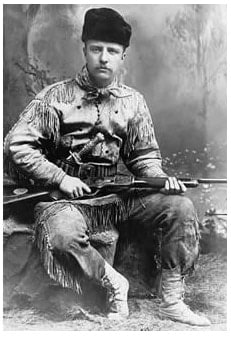 To this tune, the real trophies—the ones we use to “decorate” ourselves with everyday—are the experiences, the stories and the wisdom the hunt imparts:

You can find these trophies on display in the annals of local and national hunting lore and when it comes to keeping and cultivating this history, there have been few greater scribes than the Boone & Crockett Club. 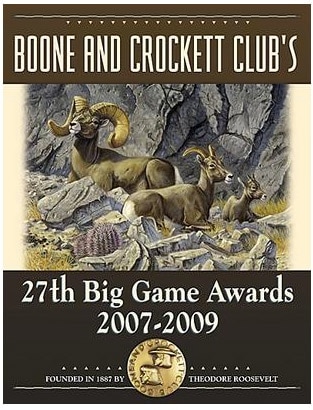 For over 100 years, the Boone & Crockett Club and their almost universally accepted scoring system for big game has connected the black bear hunter in Maine with the antelope hunter in California and every sportsman in between.  They have achieved this through their unifying conservation efforts and proselytizing of the “Fair Chase” code of ethics.  Now available for purchase is Boone and Crockett Club’s 27th edition of its Big Game Awards.  Recounting record animals taken between 2007-2009, this is the latest installment in a series that bridges over half a century of hunting and conservation.

This installment is a 704-page paperback (the hardcover has sold out already) and lists list over 4,900 trophies in 32 categories of North American big game.  Listings include B&C gross score, final score, location and date of kill, hunter and owner, overall rank and a whole lot more.  The book also includes over 60 color and hundreds of B&W field photos and portraits.

But more importantly you’ll get the stories and Julie Houk, director of publications for Boone & Crockett Club seems to agree with us. “What really sets this publication apart are the written accounts of the hunts for some of the top trophies taken in the 27th Awards period. Readers will learn not just statistics, but the actual stories behind some of the greatest game animals ever taken.”

You can order your copy of the Big Game Awards here.