Since mid-November, the woods of Valley Forge National Historical Park have laid witness to hired assassins trolling its decreasingly bucolic landscape, skulking behind thinning foliage.  They hunt from dawn till dusk, and if need be use silencers and night vision equipment.  Little is known other than this; they are mercenaries, covert guns-for-gold and they are paid handsomely for their time and talent. Their target?  Whitetail deer.

As part of a seven-year plan to cull Valley Forge’s deer population from some 1,200 animals to its estimated 1983 levels (between 165 and 185), park officials have hired sharpshooters to kill deer from November through next March.  This phase of the park’s deer management plan will continue off and on for the next four years. 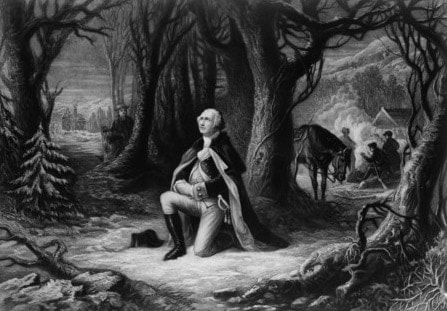 Neither the pastoral daydream of yesteryear nor the unforgiving Gothic wilderness where General George Washington and company spent the longest winter of their lives in back 1777 exists today in the Appalachian foothills of South Eastern, Pennsylvania.  With developments pushing west from Philadelphia, the area surrounding Valley Forge has become a suburban wonderland of towns and commercial facilities most notably the monumental King of Prussia Mall.  And as civilization seeps out, the 3,500 acres of nationally protected park becomes an increasingly attractive sanctuary for world weary whitetails.

And whitetail deer are really poor housekeepers; officials say are decimating the vegetation.

In reality, Valley Forge is just the tip of the iceberg.  The issue of deer overpopulation in the suburbanized counties surrounding Philadelphia has been a mounting issue in the Keystone State for decades and you’ll be hard-pressed to find a PA sportsman who doesn’t have an opinion on the matter (or his own bulletproof solution).  As seen in the below video, while a healthy density is 8 to 10 deer per square mile, 22 is the level where experts observe animals dying due to receding vegetation.  The areas surrounding Philadelphia consistently average around 22.  This is unnatural, but the equivalent statistic for Valley Forge is right down horrifying.

Way back in 1983, researchers in the park put whitetail numbers anywhere from 165-185 deer at Valley Forge but by the early 2000s the herd’s numbers had ballooned to such threatening numbers that Congress told rather than asked the National Park Service to “get their hands around it.”  Three years ago the park launched efforts to develop a deer-management plan, an effort that recently led the park officials to decide to employ sharpshooters and birth control methods to beat back and maintain the herd’s numbers, which peaked at 1,647 animals in 2008 before dipping to 1,277 last year.

Park officials believe this plan will allow Valley Forge’s native forests to grow and mature.  At the time this is of crucial importance to improve to ground and shrub nesting birds like warblers and thrushes. Fewer deer also should leave a larger of acorn crop for feed squirrels and other ground foragers.

While park managers believe culling and using birth control are the best approaches to managing these deer, the plan does little to curry favor with hunters both in state (who generally resent the idea of their tax dollars going towards “hired hunters” and favor increasing bag limits and hunting territory) and from out of state (specifically New Jersey and Delaware who would jump at the chance to hunt PA).

And the Valley Forge Park Managers are actually taking it however from both sides.  The second half of a one-two punch came last November when two animal advocacy groups filed a lawsuit to derail the plan. In their filing, the Friends of Animals and Compassion for Animals, Respect for the Environment argued that the Park Service’s approach violates the National Environmental Policy Act, as well as the National Park Service Organic Act, and even the Valley Forge National Historical Park’s own legislation.

Friends of Animals legal director Lee Hall contended when the project began,  “Decisions under the National Environmental Policy Act cannot be based simply on seizing upon the apparently easiest answer to a perceived problem.  Killing deer is not the answer to the decline of plant life in a sprawling, concrete-covered suburb.”

Michael Harris, a law professor at the University of Denver‘s Environmental Law Clinic who filed the lawsuit, argues the decision runs counter to the National Park Service’s preservation mission.

“For the National Park Service to enter Valley Forge National Historical Park in the cover of winter to slay white-tailed deer is not only an appalling twist on the park’s history, it is another sign that the Service has abandoned its century-old mission to strive for parks in which conservation of nature is paramount.”

These groups would rather see the Park Service rely on coyotes to reduce the deer numbers.  Valley Forge officials have responded that they did in fact consider using predators to control the deer numbers, but scrapped it early on as impractical.  Officials cited research that indicates, though coyote populations have soared nationwide in the past 20 years, these predators are not capable of controlling suburban deer populations mostly because they are more comfortable around humans and thus can access other food sources.

In a statement concerning visitor and environmental safety pursuant to their deer management plan the National Park Service wrote:

“The National Park Service will work with biologists from the United States Department of Agriculture, Animal and Plant Health Inspection Service, Wildlife Services. This agency has a long history of conducting safe and effective actions to reduce wildlife populations, including the reduction of deer populations at multiple locations in the Philadelphia region.

Extensive measures to ensure a safe, humane, and successful operation include using highly qualified and experienced marksmen familiar with the park’s geography and with conducting reduction activities in a highly suburbanized environment.”

Additional safety measures include conducting population reduction actions when the park is closed, establishing safety zones, using bait to attract deer to safe removal locations, conducting shooting actions from an elevated position, and utilizing specialized, non-lead ammunition that is safe for use in urban areas and the environment.”