Last week, an innocuous tweet from a fashion photographer’s assistant played an inadvertent role in turning London’s Oxford Circus into a Three-Ring Circus as reports of a rogue gunman terrified the city’s Twitter literate.  The original post from Candice Bailey, a woman’s fashion assistant, said “Street style shooting in Oxford Circus for ASOS and Diet Coke. Let me know if you’re around!!”  In a cosmic game of telephone, this post became “Apparently there’s a shooting at Oxford Circus, gunmen on the move. We’ve been told to stay in” and was subsequently filtered deeper through the adjectival mind of world’s most prolific microblogging site Twitter.

The tweet was gobbled up by an already turbulent rumor mill: Chinese whispers about a gunman were in fact already filling the air after a Scotland Yard training file on how to tackle a rogue gunman was leaked.  To many it appeared to be a live police commentary about an incident involving a gunman.   The confluence of the two however quickly sent the information viral, with “gunman” becoming the hottest trending topic in the UK and the term “Oxford Circus” climbing to the most searched term on the site. 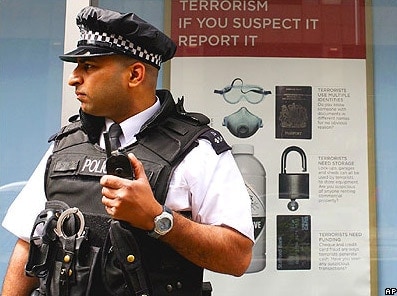 Shoppers and workers were told to stay indoors and away from the central London area.  Only after exhaustive denials from police and online news sources that the hoax was put to bed, only to top headlines in Britain’s mainstream.

In a statement to the press, a spokesman for Scotland Yard said: “We can confirm that there has been no firearms incident in Oxford Street. It would appear that some information about a routine police training exercise being held today has inadvertently got into the public domain.  As part of that exercise, participants have been given a hypothetical written scenario which involved an armed incident on Oxford Street.”

Scotland Yard is understood to be incensed over the information breach with officers pointing their fingers at the dangers of social networking sites such as Twitter and Facebook in the context of national security. Sources confirmed that an investigation was underway as to how the information was leaked (which they know was leaked at 11:30 am) and a nod was given to the press that arrests would be sought regarding the leak.

So if there’s a lesson in all this, it’s probably that you should follow Guns.com on Twitter! You can check it out here and chances are when we say words like “shoot”, you’ll know exactly what we’re talking about.