After 50 years of tossing Czechoslovaks 76.2 mm vz. 58 assault rifles into the arms of young Bohemian men, the Czech military has chosen a new assault rifle, the CZ 805 BREN A1/A2 as their standard personal weapon.  The powers that be have scheduled this unassuming gun for operational use by all branches of the Czech military.  Made by the Czech Republic’s very own Ceska zbrojovka, a purveyor of high-end firearms based at Uhersky Brod, the rifle took the prize after a lengthy competition.  Deliveries will start this July while the gun’s first taste of operational use is officially slated for November 10.

To our techies out there, the CZ 805 BREN A1 has got all the talking points you’d find on any number of modern assault rifles.  It’s a gas operated automatic weapon with a locked rotary breech; it’s modular in design, partly for the sake of cleaning, partly so it can support a bunch of barrel attachments and convert to different calibers; and it sports an interchangeable magazine well, meaning it can take a whole host of magazines including the M-16 NATO standards which we hear the Czech have in spades.

Units come with a flash suppressor and silencer both of which promise to easily secure to the business end of the rifle in a snap.  A trigger toggle uses a four-position firing mode selector of safety, one shot, two shot (curiously not three shot) and full auto to adjust rate of fire. 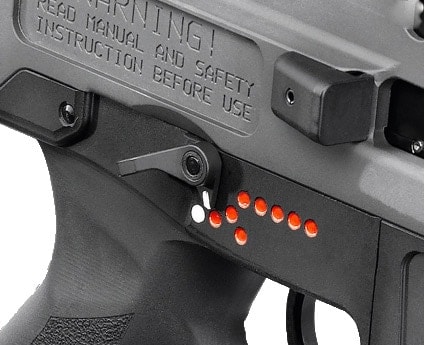 Like a lot of tactical rifles we’ve been seeing, the CZ 805 A1 makes use of a folding stock.  Thoughtfully in our opinion though, this stock also adjusts vertically—something we’re just now noticing on ARs stateside which could just mean we’re unobservant.  The entire receiver’s upper and lower sections are adorned with rail mounts.  Up top, the folding optical sights have been designed for aimed shooting up to a 500 m. 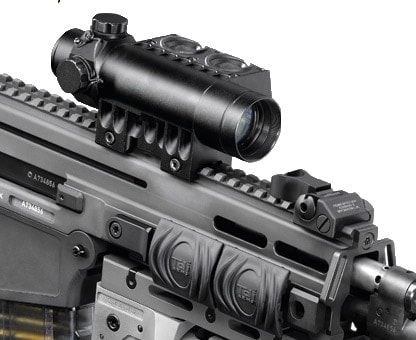 Yet also appears the Czech don’t care much for lefties because this gun isn’t ambidextrous.   Instead, the gun offers an adjustable lever that cocks the bolt, meant to facilitate handling by left-handed shooters.  It comes standard in 7.62×39 mm and 5.6×45 mm NATO but, as we said you can swap it for just about every major military caliber under the sun and CZ claims you can use the barrels to switch from “light sniper rifle version or even the conversion into a light machine-gun.”  And the CZ 805 BREN A2?  Just the A1 in carbine a.k.a 16” barrel.

The new standard assault rifle CZ 805 BREN A1 is just one part of the country’s Soldier of 21st Century Project, which will integrate a number of pieces of military hardware for communication, optics, navigation and identification into a soldiers personal equipment.

The announcement for the purchase of an unknown number of rifles was made at a press conference at the Defence Ministry on the February 2 by the First Deputy Defence Minister Jiri Sedivy. All told the contract is said to be worth over $62 million, which is quite the windfall for CZ.