The Armory at Harpers Ferry: America Begins with a Bang

Harpers Ferry, West Virginia.  Not exactly the first place that comes to mind when one thinks of major manufacturing centers, arms or otherwise.  Yet, for the opening three score years of our nation’s history, Harpers Ferry absolutely boomed, and in more ways than one.

To understand why, the story really begins several million years ago when, converging at the last possible moment, the Potomac and Shenandoah Rivers punched a path through the Blue Ridge, allowing for the unimpeded flow of their current.   Now fast-forward to the summer of 1785 when George Washington visited the region, saw all that water power, and decided what a great spot it would make for a federal arsenal should he ever become the nation’s head-patrician-in-charge.  Consequently, four years later when he actually did, Harpers Ferry—until then a sleepy river crossing—went into the weapons production business. 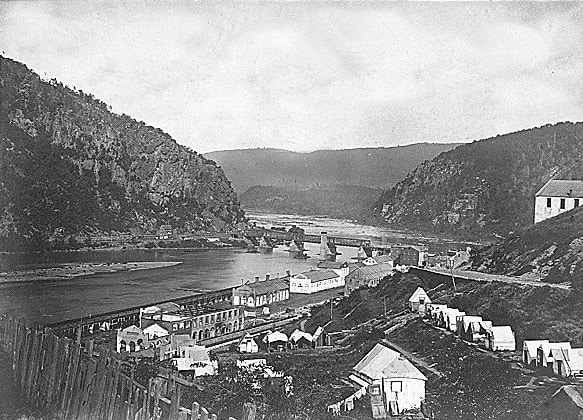 The beginning was modest.  By 1802, some twenty to twenty-five craftsmen toiled in a single room to produce muskets and rifles, laboriously filing the locks and other metal parts by hand.  Still, the early pieces were good enough for Meriwether Lewis of Lewis and Clark fame. He stopped in Harpers Ferry to load up on arms and Indian presents before heading out west on his big mission to erase large chunks of terra incognita from the North American map.  By 1805, the Harpers Ferry Arsenal had begun producing pistols as well, and, by 1810, the manufacturing center could boast of the production of thousands of firearms annually.

The next big leap forward for Harpers Ferry was largely due to a single man, Captain John H. Hall, a New England gunsmith who had patented a breech-loading rifle in 1811 and, by 1819, finally convinced the War Department to buy a thousand of them.  The Hall Rifle was a .69 caliber, single shot rifle and the first breech-loader to be widely adopted by any army in the world.  In the hands of an expert, it could deliver up to ten rounds a minute and had an effective range of up to 1500 yards, a fearsome weapon for its time, indeed.  It was primarily produced in Harpers Ferry in the 1820s and 30s and saw action in the Mexican War. 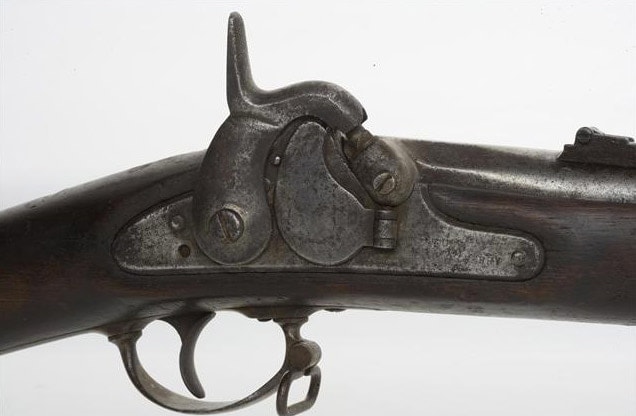 However, even more revolutionary than the rifle itself, were the means by which the rifle was made.  Living on an island in the middle of the Shenandoah River, Hall spent several years developing what he called the ‘uniformity principle’ and what, today, we would call machine precision and interchangeable parts.  In a classic and literal example of Yankee ingenuity, Hall’s system of precision tooling obviated the need for highly skilled – and very expensive – artisans to create firearms and allowed for the work to be done simply by “common hands,” the term Hall used to refer to non-skilled workers.  Perhaps not coincidentally, after Hall’s innovations, the arsenal at Harpers Ferry greatly expanded, adding seven new buildings, one hundred and twenty-one new machines and hundreds more workers.  By 1859, the ‘United States Musket Factory,’ as the Harpers Ferry’s federal arsenal was popularly known, employed about four hundred fulltime workers and produced over ten thousand firearms each year. 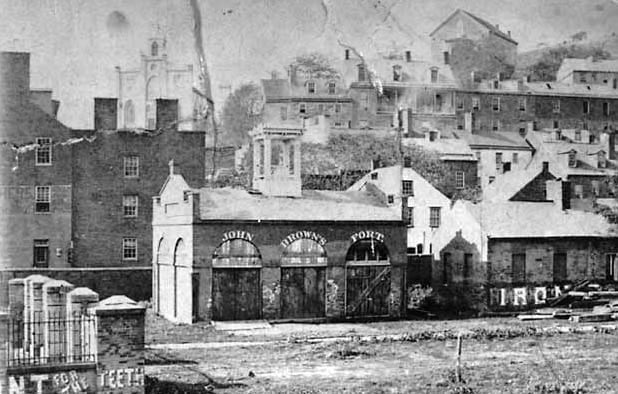 The presence of all this firepower – as well as the arsenal’s unique location – attracted yet another Yankee revolutionary to Harpers Ferry, John Brown, a man who would paradoxically both put Harpers Ferry forever on the map while simultaneously instigating the very conflict that would all but erase the town from it, eventually turning the place into the National Park Service’s little ghost village that it is today.  It wasn’t the arsenal that attracted Brown, but the armory: the federally owned warehouse in which thousands upon thousands of muskets, pistols and rifles were stored.

Additionally alluring to him was the fact that Harpers Ferry was, back in October of 1859, in the slave-holding state of Virginia, (West Virginia did not yet exist), and sat adjacent to the Blue Ridge Mountains.  Brown’s plan, such as it was, was to take over the arsenal and armory in a surprise raid – in the end, he had nineteen guys with him – and announce to the surrounding enslaved people that an army of insurrection was forming.  According to Brown, they newly liberated folks were to come grab a weapon and follow him up the Blue Ridge and, with winter fast-approaching and absolutely no hope of resupply, march south – that’s right, south – and launch a guerilla war with the weapons taken from the armory.  (Brown, himself, carried a .52 caliber Sharps rifle, the state-of-the-art, Pennsylvania made breechloader.)

Of course, in the end, Brown’s attack didn’t go according to plan.  Surrounded by high ground on all sides, his escape cut off by two rivers, and assailed by contingents of angry townsfolk, state militia, and even a company of United States Marines under the command of Robert E. Lee, Brown could only retreat to his ‘fort’ and fight the best he could until his inevitable capture came.  But, when it did, a badly wounded Brown still had enough life in him to crow like a rooster at his trial, admonishing shocked Americans about the discrepancy they countenanced between a professed belief in high-minded liberty and all while still allowing chattel slavery to exist on the ground. 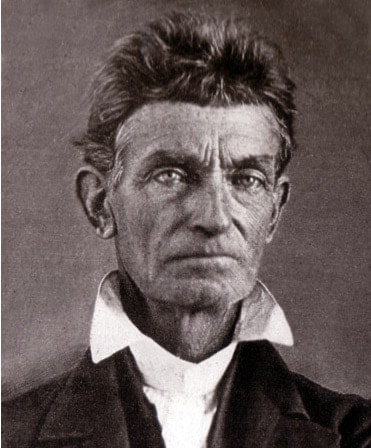 Frederick Douglas, the great African-American orator and John Brown’s friend – and a man who had wisely decided not to join Brown on his raid – later made a speech in what was left of Harpers Ferry after the Civil War (which was not much).  “If John Brown did not end the war that ended slavery, he at least started the war that ended slavery.”  I agree completely with Douglas.  In any case, it’s certainly true that Harpers Ferry started out the opening years of America’s fascinating story with a bang. 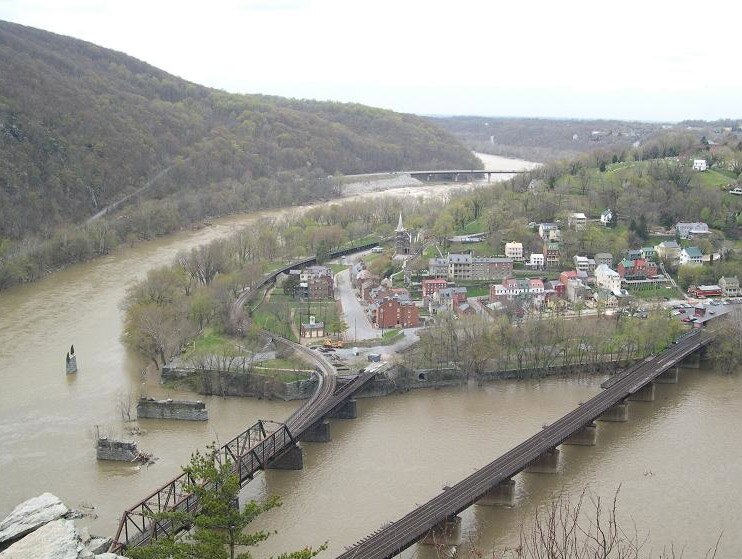