Ammo by the Numbers: What Do All Those Numbers on My Box of Ammo Mean?

One of the most bewildering moments for a relatively novice shooter is selecting ammunition. Go online, or into a big-box store, or even into your local gun shop and you can be confronted with a huge array of choices in any given caliber or cartridge design. Most of the boxes have a sort of ‘code’ on the side; some have little charts or even graphs on the bottom. But which one do you want? What does this stuff even mean? Do claims of a certain velocity or energy tell you anything? 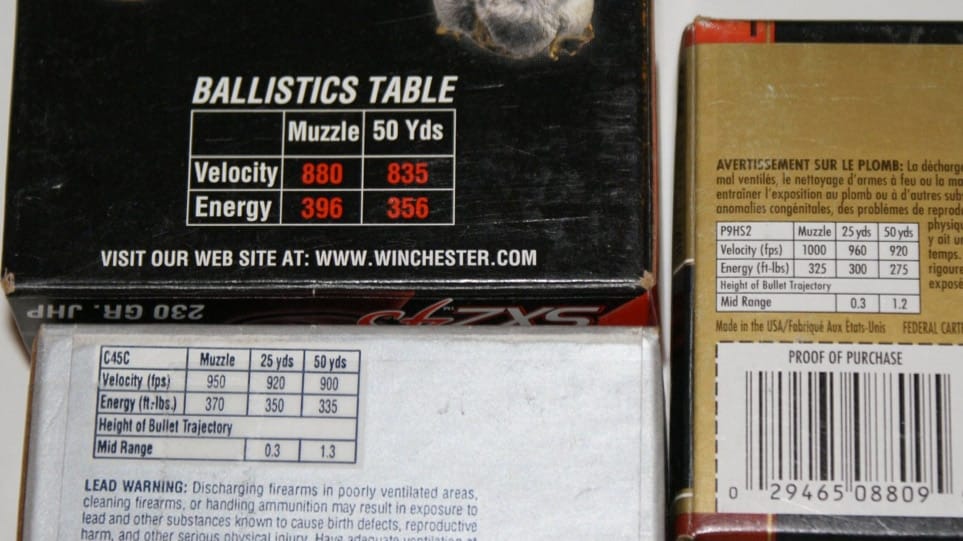 Most prominently displayed figure on the box, is the cartridge: .45 Auto, .357 Magnum, 9mm Luger and so forth. There can be some confusion on this, so be sure to check your gun to see what it says on the side of the barrel or slide – that’s the only kind of ammunition you want. There is a difference between a .45 Colt and a .45 Auto, or a .357 Magnum and a .357 Sig, just for a couple of examples – make sure you get the kind of cartridge that your gun handles. It may seem silly to bring this up, but even experienced shooters can accidently grab the wrong box of ammo sometimes – I have made this very mistake myself.

Next you’ll find a number, listed with either “grain” or just “gr.” This tells you the weight of the actual bullet. 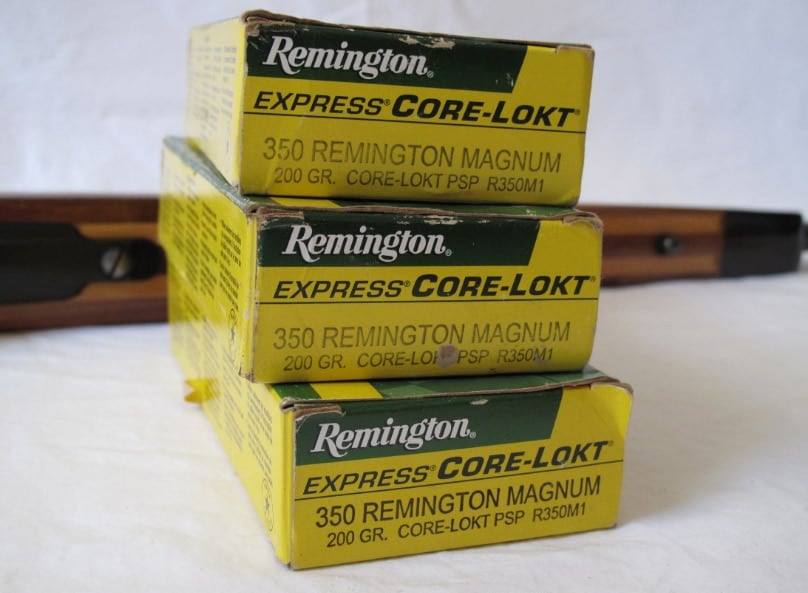 Then there will be some variety of description of the bullet, indicating intended use. It could say “target” or “range” or just “ball” – all of these mean a basic bullet, probably with a slightly rounded nose or perhaps just a conical shape (sometimes called a semiwadcutter or “SWC”), which may be just lead or may have a “full metal jacket” – a thin layer of some harder metal such as a copper alloy. “Hunting” usually means a “JSP” – jacketed soft point. “Self-defense” usually indicates some variety of “JHP” – jacketed hollow point. Some premium self-defense ammunition uses proprietary terms such as “DPX,” “Hydra-Shok,” and “GDHP” but these are largely marketing terms you don’t need to worry about.

Terms “+P” or “+P+” indicate that the cartridge is somewhat more powerful (“over-pressure”) than standard for that cartridge. Most modern guns can handle a limited diet of such cartridges, but older guns may not. If in doubt, check your gun’s owner’s manual or ask a gunsmith. 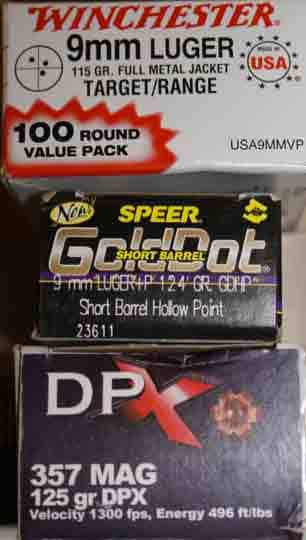 Particularly on premium defensive ammunition, you may see some indication of the “velocity” or “energy” of the cartridge. Here in the US, velocity is given in “fps” – feet per second. “Energy” is given in “ft/lbs” – foot-pounds (the amount of energy needed to lift one pound one foot off the ground, not the confusingly similar term used to measure torque). The faster a bullet, and the more it weighs, the more kinetic energy it has. Sometimes a little chart will be given, showing velocity and energy at the muzzle of the gun, then at one or more distances (bullets lose velocity and energy due to air resistance).

While more velocity and more energy are generally good things for defensive ammunition, don’t get too hung up on these numbers. Why? Because the manufacturers don’t really give you enough information to compare one ammunition to another one easily. They don’t tell you what the barrel length used was (and this can have a huge impact on velocity). They don’t tell you the type of gun used (a revolver and a semi-auto both have different effects on the speed of a bullet). And they don’t tell you the type of barrel used (some barrels are known to be ‘faster’ than others.) 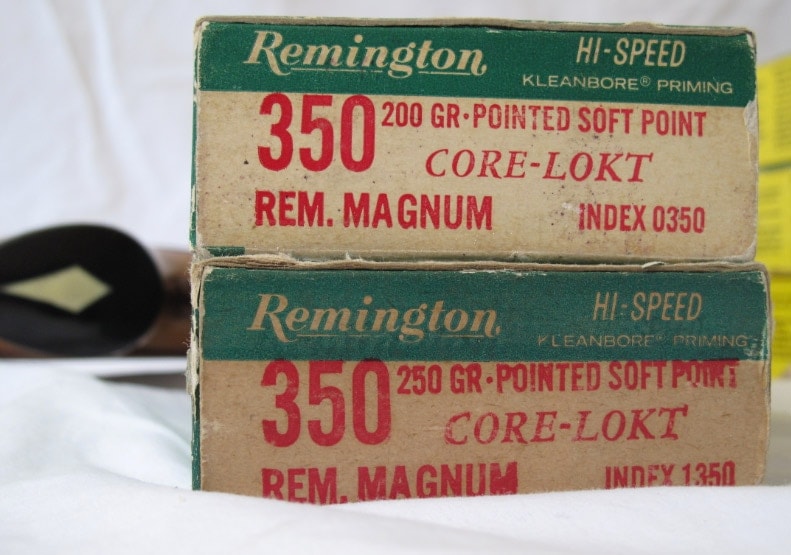 Then why bother at all with this information? Because it can help in some instances. If all you’re going to do is just use your gun for ‘plinking’, you can probably get whatever ammunition is cheapest and suitable for your gun. 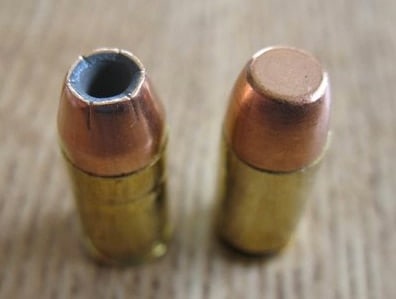 Ammunition with greater energy will cause your gun to have greater recoil (‘kick’), and that can make it more difficult to shoot. Ammunition which is touted for being “reduced recoil” likely has less energy than other ammunition, that can make it less effective for hunting or self-defense.

“Target,” “ball,” and similarly-termed ammo is usually less expensive, and is good for practice. It is less ideal for self-defense purposes, because the bullet does not expand the way a hollow point or “JHP” is designed to when it hits flesh. “Hunting” ammunition is usually designed to expand some, but to still penetrate deeply.

Where to begin?  Start out seeing what ammunition others who own a gun like yours use. None of your buddies shooting a gun like yours?  Maybe do a little checking online – many firearms forums post anecdotal information showing testing members have done, and there are some good sites that do more rigorous testing for velocity and penetration. See what is recommended, and give it a try.

So, nevermind the numbers, what’s good general rule when pairing ammo with a gun?  I’m of the opinion that, ideally, you should try out a box or two of premium ammunitions first to see which brands and type your gun likes. Using this as your guide, you can then launch the search for less expensive practice ammunition that is similar in weight and velocity.