A friend of mine from one of those foreign countries where they kinda speak English but think only police (and maybe not even police most of the time) should carry guns thinks the very presence of a gun is a threat. Just having it nearby. Like it’s a snake or something. Or like it’s going to hypnotize an adult and make him go all postal.

Another friend of mine is a sheriff’s deputy in a small-town in Alabama. He’s such a hardcore Constitutionalist he thinks the only permit a person should need is the Second Amendment. But he also says he wouldn’t carry a gun openly out of uniform because it simply lets the bad guy at the bank or the convenience store know he needs to go ahead and shoot you before he gets to the cash drawer. 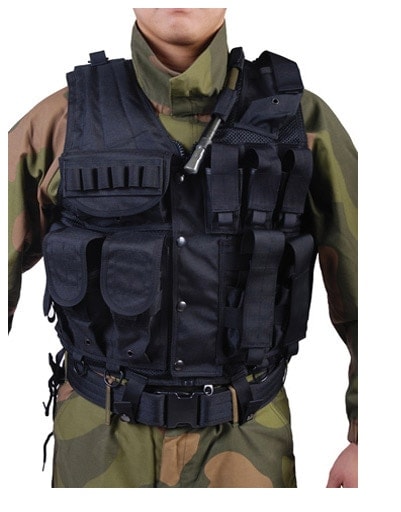 And the running joke at the range is those safari-looking “tactical vests” that guys wear thinking it hides the fact that they’re carrying a concealed firearm is really called a “shoot me first” vest.

And in every state where laws are considered that would enhance the right of gun owners to carry – openly or concealed – you always see a handful of newspapers vomit out the same paint by numbers arguments that more people carrying guns will lead to blood in the streets with shoot-outs over parking spaces.  But given the majority of states passing concealed carry laws over the past decades, the concurrent, verifiable falling crime rates as reported by the FBI, and the consistent data that shows those who carry commit fewer crimes by a country mile, the argument over concealed carry is virtually won. You don’t even need to quote John Lott’s or Gary Kleck’s research –I’ve seen gun control activists tug at their collar, change the subject and act like they never howled about blood-drenched parking lots.

But then there’s open carry. It seems like a different animal.

Even among gun people it’s not as clear-cut. Among those who advocate it as a right, not all are sure it’s a wise choice.

Is carrying a gun openly a threat to those around you? Is it a provocation? Should it make people around you uncomfortable? Does Fobus make paddle holsters in colors other than black, because if nothing else, open carry is a threat to my fashion sense?

On one hand there are people like my friend the deputy sheriff, who support the right but wouldn’t exercise it. On the other there are those who argue any right not exercised is a right that gets eroded. If there’s a third hand some gun people think concealed carry works best as a deterrent, and that there’s no need to provoke Mr. and Mrs. Joe Average (who doesn’t care either way) by wearing a hog-leg while you’re standing in line at Toys R Us. They might flock to the gun control side. Gun owners scoff at people who see guns like the gun is capable of presenting a threat just by being around. People who don’t like guns, meanwhile, wonder why gun owners see the world as so threatening that it requires us to carry around these snakes on our hips all the time.

Whichever side you fall on, you can’t fault the other side for reacting to what they see as a threat. That instinct is why we’re even here.

We’re all the product of millions of generations of ancestors who didn’t stop to debate the motives of that charging pile of fur and fang – they either ran from it (or at least ran faster than the guy next to them) or they bashed it with a rock. Those who dithered got eaten.

Of course, today we don’t have to live on instinct. Even our ancestors didn’t. And those of our ancestors that were scared of everything didn’t fare well either, if for no other reason you can’t have a successful tribe if no one is willing to go hunting and gathering.

Thanks to literacy, wi-fi and microwave Hot Pockets, we have spare time. We’ve had the time to sort out which piles of fur and fang and which molds and infections can be turned into tools for good. Hello guard dogs, the smallpox vaccine and penicillin. I mean, microwaves are dangerous if not handled properly but few people see the magical Hot Pocket heating machine as a threat anymore.

Information and exposure seem like the key to changing minds.

For the longest time and until recently – and still now really—guns get demonized. Some people are so scared of seeing a civilian with a gun that they call the police upon a sighting; the more urban or closer to a campus, the more likely. The cops get called on people carrying replicas and cell phones. This in a country where 30 years ago high schools still had competitive shooting teams. 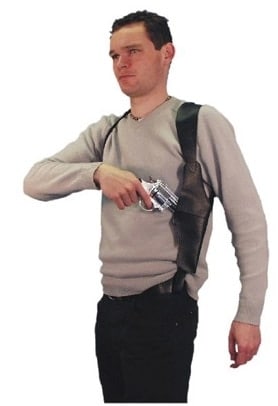 Exposure and education work—or at least flesh out the hard evidence. Whether it’s domesticating dogs or teaching savages the wonder of self-contained microwavable sandwiches, people get it.

I’m a magazine writer. Thus I’m a rare gun-owning soul in a sea of good-hearted, progressive minds. Colleagues in my field are often aghast when they learn I’m a gun guy. Even more so when they learn that yes, while I am still happy to see them that, yes, that is a gun in my pocket. A little discussion, an invite to the range, and I have yet to fail in making a convert.

All but the professional gun control groups have ceded concealed carry based on exposure, education and evidence. When people get to see their neighbors – who are doctors, garbage men, teachers, even magazine writers – carrying openly, the initial shock will wear off. When the predicted OK Corral shootouts don’t happen, the gun control argument will lose another tool from its rhetorical toolbox.

Oh sure, there will always be a small minority that doesn’t like seeing people openly carry. There are still a few people scared of dogs, but they’re not a threat to dog owners.

But if we cede the argument and accept that we have to keep our guns hidden away, we accept the premise that a gun is a threat by just existing. We surrender the legitimacy of owning it, much less carrying it.

I don’t think my carrying – openly or concealed – should be seen as a provocation, and I want some people carrying openly because it reminds the Vast Middle that there’s nothing inherently threatening about guns. The more they see it, the more they’ll accept it as normal.

But I’m also with my deputy friend, philosophically. I think not letting the bad guys know who is carrying is a great deterrent. Then again, I don’t carry to be a societal deterrent. I carry like so many others to ensure my own safety and my family’s safety. Nothing else.

And come on. I live in Texas. It’s above 90 degrees half the year. I don’t look good in a shoot-me-first vest and I don’t like sweating. Sometimes I just want the freedom to know there’s not just a t-shirt and an overhead reach between me and committing a crime. Plus I have a great idea for a line of fashionable, designer-label paddle holsters.