Somewhere back in the mist of ought-ten, Glock introduced the world to the first members of their fourth generation of handguns with upgrades to their flagship 9×19 mm Glock 17 and the now two decade old .40 caliber Glock 22.

By most accounts tweaks to the iconic Glock design succeeded in enhancing ergonomics and, even with a sizable junta of shooters still suspicious of the slides’ notorious wiggle (which still found its way into the Gen4), Glock overhauled its polymer progenitors’ recoil spring assembly to improve function and reliability.

And with a global market chomping at the bit for anything Glock, sales were, as they have always been, brisk. 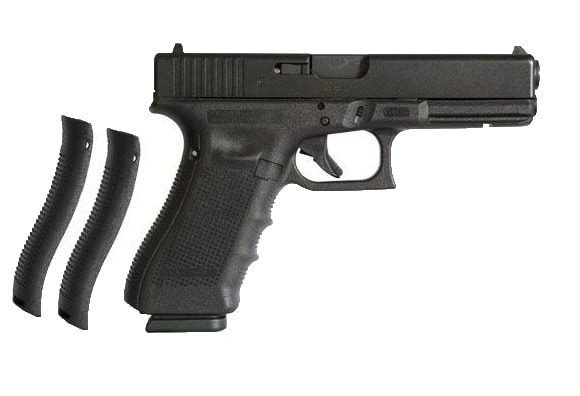 There was much nail-biting in the forums about what might be the next guns to join the Gen4 family and now, as we head deeper into 2011, the Gen4 Glocks will welcome two new models to their ranks, Glock 26 in 9mm and G27 in .40 caliber.

We don’t know how these models will get along with Gen4’s new conventions, but we have heard nothing but groovy things about the existing Gen4s.  The Gen4’s greatest departure from the Glock mores is a noticeable difference in the standard grip size.

It’s smaller than previous Glock models and for good reason: the new generation features an interchangeable backstrap system that allows the user to modify the shape and circumference of the grip for a better feel in hand. 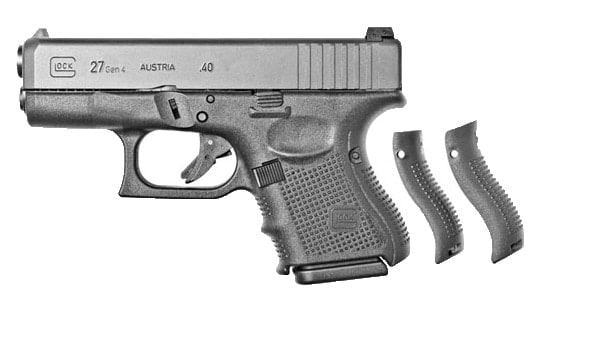 Both the grip and backstraps bear Glocks own Rough Textured Frame surface for improved traction.  Gen4’s ship with three backstrap options and each can be secured with a single pin.  These backstraps are short frame, medium frame and large frame versions and the trigger housing of the trigger mechanism has been scaled appropriately. 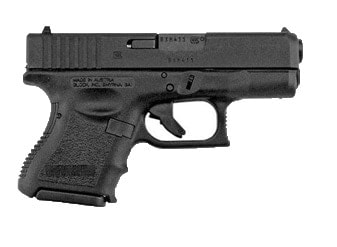 Also, look for bigger magazine releases.  These are reversible for the left-handed shooter with a notch design on the magazine allowing lefties to toggle magazine catches without additional parts. 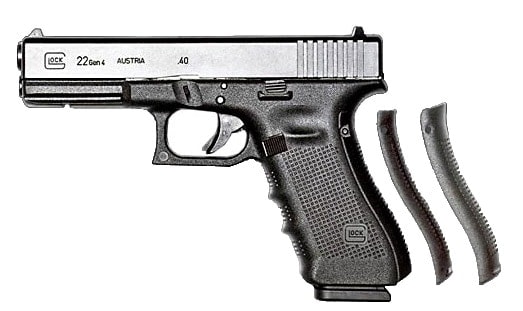 Specifically, the front portion of the polymer frame under the slide has been widened and enlarged, and we’ve heard reports that though there’s still substantial play, the slide on the Gen4 is noticeably more secure feeling.