Shotgunners of America, rejoice.  Fiocchi Ammunition has just come out with the neatest new training tool ever: Chemical Tracer rounds, part of the Canned Heat line, that are non-toxic, non-pyrotechnic, biodegradable, and safe for any modern shotgun.

“It’s probably the coolest training aid since the shotgun,” said David Shaw, Fiocchi’s marketing director.  “In the evening it’s orange, and during the day it’s more like a white dot.  It’s visible against a blue sky.”

The technology behind Canned Heat is simple; it’s the same stuff light sticks are made from.  Fiocchi partnered with Cyalume Technologies to use their chemiluminescent light technology to create the chemical tracer for shooters.  At this time, the only gauge that’s available is 12-gauge.

“It’s a 12-gauge shell with Cyalume Tracer and ¾ ounce of number 8 shot,” Shaw said.  Some early shipments will be in boxes, but after that it will be in round cans……literally “canned” ammunition.  Other loads are planned, including #7 ½ and #9.

Shooters who have seen Chemical Tracer think it’s great, but instructors are ecstatic about it.

“We shot some Chemical Tracer at the Nationals in San Antonio as a test,” Shaw said.  “Shooters can see it themselves when they’re shooting.  But we’re getting rave reviews from instructors because they can stand behind their students and tell the students whether they’re above or behind the bird, or they need to lead it more or lead it less.” 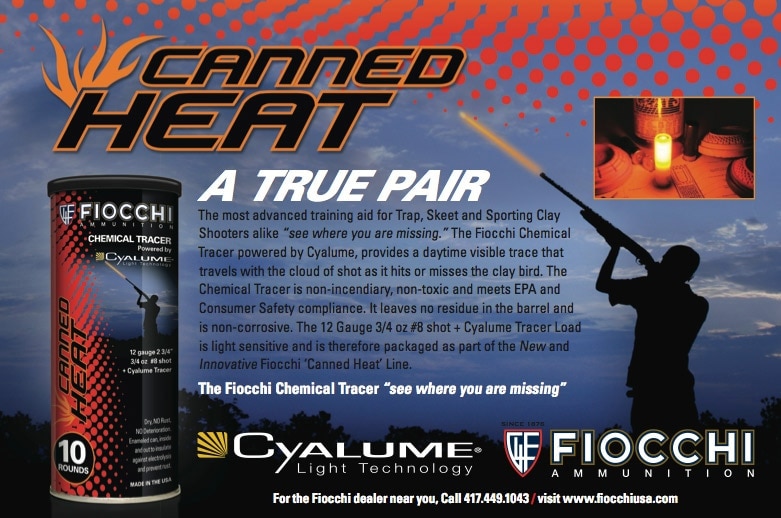 Chemical Tracer rounds will come in boxes or cans of 10 shells; that’s really all it takes to get a good picture of how you’re shooting.

That’s when you’re using it for a training aid, however; if you’re shooting it for fun, you may want to buy it by the case. 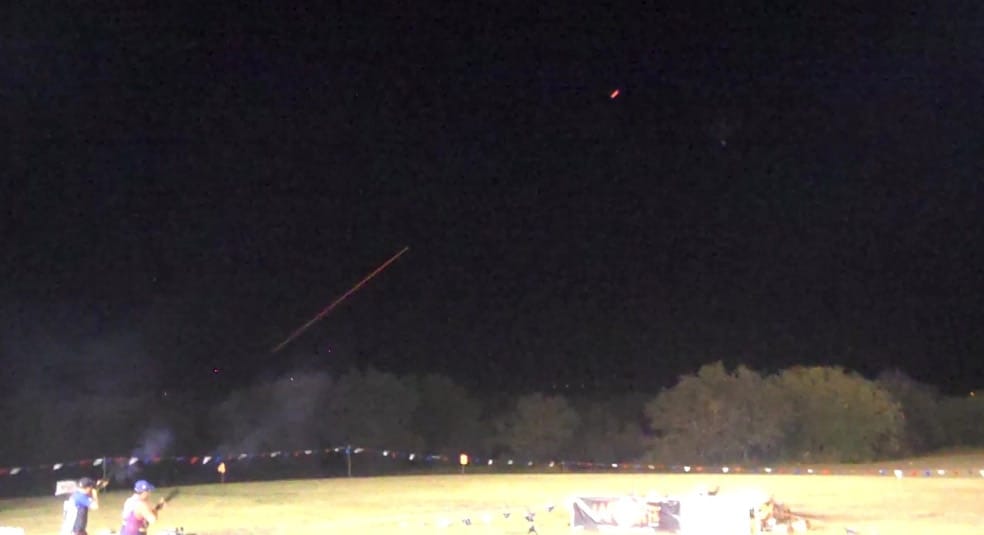 What’s even cooler than just using it as a training aid is what happens when the shot string hits a clay target; if you break the bird directly with the tracer itself, it lights up in the sky.”

Personally, I can’t wait to shoot Fiocchi’s Chemical Tracer rounds.  I’ve been a terrible wingshot my entire shooting career; the idea of actually being able to see what I’m doing wrong pushes my button.