Yeah. We know. It’s not quite a gun. But it uses a bunch of AR parts and touts itself as the world’s first user-friendly crossbow, which is kind of in the gun spirit. Plus, you’re not really complaining, are you?

When Guns.com was a younger, prettier incarnation of itself, crossbows were relegated to old codgers and hunters with disabilities.  Now, with states submitting one by one to crossbow consciousness (hopefully in an attempt to encourage wildlife population management in more urban areas), it’s time for us all to pay more attention to this dynamically growing segment of the civilian arms machine.

Kodabow is one such Pennsylvania crossbow maker bringing this Medieval technology into the 21st century.  Check out Ace in the video: the adjustable buttstock looks like you ripped it off of any number of tactical shooters that have littered our site over the past few months and, taken with its pistol grip plus seven position fore-end vertical grip, the design adds up to a weapon suggestive of the AR meets predator/varmint rifles currently trending.

One thing we remember picking up during our golden youth is how dangerous crossbows can be if you don’t follow protocol (especially when it comes to getting in and out of trees or, darewesay, dry firing the device). Kodabow seems to tackle this head on with an ambidextrous safety that includes a load indicator.  The bow will not fire, even if cocked, if this indicator ain’t indicating a notched arrow. 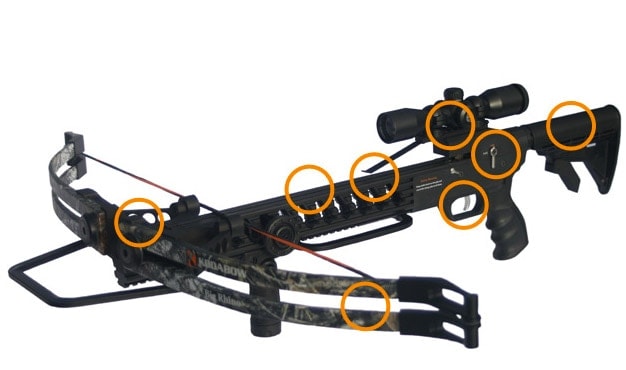 Kudabow is a hybrid recurve crossbow meaning it’s a recurve but with split limbs that mitigate noise on the draw and prevent the string from thwacking up against the lathe on release.  By nature, bows are quiet, but Kudabow is a weapon that doesn’t seem capable of speaking above its library voice.  It also comes with a special stringing/de-stringing tool, intended for field repairs when you find yourself stranded out in the bush, and a crossbow specific scope with reticles set for a bunch of practical increments of distance. 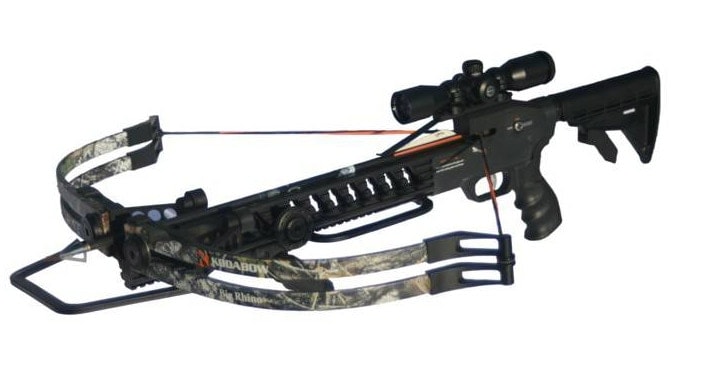 The manufacturer recommends shots at up to 40-yards, though its clear that this bow will toss an arrow far beyond a field goal kick.  It also comes in weight ranges from 125 all the way up to 225.  That’s like heavy enough for thick-hide, African game animals.  Now, let’s see Paul Simon write a song about that right there.  Get the full presidential on Kodabow products here.