The Gun I Met in Nashville: Remington's Versa Max Shotgun

The National Wild Turkey Federation held its national conference in Nashville, Tennessee this year and, because I volunteer with them, I attended the conference at the post-flood, newly renovated Opryland Hotel and Convention Center.

To me, my plan seemed pedestrian—just visit all of the booths and meet as many of the presenters as possible—but the moment I walked through the double doors leading into the trade show area housing a litany of hunters, industry professionals and unaffiliated visitors, I heard God laugh at me for announcing my intentions.  First, I was deafened by the cacophonous nightmare that is hundreds of people trying their hands at the hundreds of varieties of turkey calls.  Thankfully all of the noise faded away as the smells of German roasted nuts and numerous vendors selling jerky and seasonings for everything from wild game to vegetables got stronger and sampling these treats quickly became a favorite activity of the show. 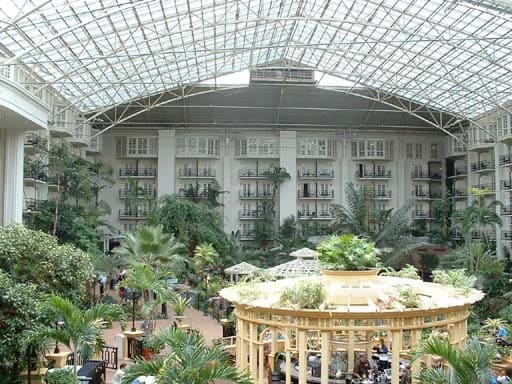 Numerous firearm distributors and manufacturers were represented and, as with any hunter with a paycheck, I was in playland getting to hold the new shotguns.  There were several that caught my attention, either because of their design or alluring camouflage color schemes, but there was one in particular that held my attention for the duration of the show, the new Remington Versa Max.

Having grown up shooting a Remington 1100 shotgun, I was skeptical that anyone, even Remington itself, could successfully re-invent the semi auto and was curious about what have amounted to some pretty lofty claims for the new 12-gauge.  The big change and the first thing I learned about the Versa Max courtesy of an enthusiastic, and well informed pitch from Remington Representatives, Jesse Irving and Dale Everman, was that the Versa Max is a 3 1/2 inch magnum shotgun but has less recoil than a 20 gauge pump action shotgun.  Whoa.

To achieve this, Remington engineers made the most significant changes to the gas works of the shotgun and they call the resulting configuration Versaport® self-regulating gas system.  Using a series of ports at the base of the barrel fixture, the Versa Max is able to regulate gas pressure in concert with the length of the shotgun shell.  In fact the length of the shotshell is key in regulating the gas because the shell covers a set number of the internal gas ports.  A shorter shell will reveal a greater number of ports while a longer shell will cover them, establishing which gas ports are in play and consequently regulating how much gas pressure is in play.

We disassembled the shotgun down to its key components as any hunter would do when they’re cleaning it.  I could easily see the changes made to the gas operation permanently affixed to the base of the barrel.  Frankly, it struck me as being just something else and more complicated to clean after shooting. Changes in design like this, though suitable to their purpose and well intentioned, do lead to challenges for some hunters and shooters.  Many gun owners enjoy customizing and modifying their shotguns but because the barrel is modified so is the forearm to accommodate the changes—and that means it is not be interchangeable with other Remington semi-auto shotgun parts.  Remington will need to be cognizant of the varying needs of hunters and be ready to provide accessories to accommodate them.

The Versa Max is an incredibly attractive shotgun as are most Remington firearms, It comes in black, Mossy Oak Duck Blind Pattern, and Realtree AP HD camo.  Though it is only available in the 26” and 28” barrel lengths, at this time, there are promises of a longer barrel being made available in the future.  The choke system is the Remington Probore system.  The front bead of the Versa Max has been replaced with a high visibility fiber optic front sight and comes with several replacements of different colors to suit the needs of the individual shooter. And it has a drilled and tapped receiver to accept optics or sight systems. I was pleased to learn that the stock of the shotgun is easily adjustable to cast on or cast off, which is the cant of the stock.  This seems like it would be a good fit for most shooters.  The comb of the shotgun is also softly textured, and different from the rest of stock, to allow a consistent, yet comfortable, cheek placement during firing.  A high friction grip is part of the stock assembly as well as the forearm, allowing for a sure grip during handling even in damp conditions.

I am a skeptic when it comes to shotgun innovation and while the gentlemen of Remington were very persuasive and knowledgeable about their product I just had to shoot a Versa Max before I could caste my ballot.  So I dug out my little black book of industry friends and located a Versa Max, and with a little persuasion, I convinced the owner to meet me at a clays range to fire it.  Like most hunters who use shotguns, I have that odd box of shells that has a variety of lengths and loads and grabbed a handful of the 12 gauges to shoot with. 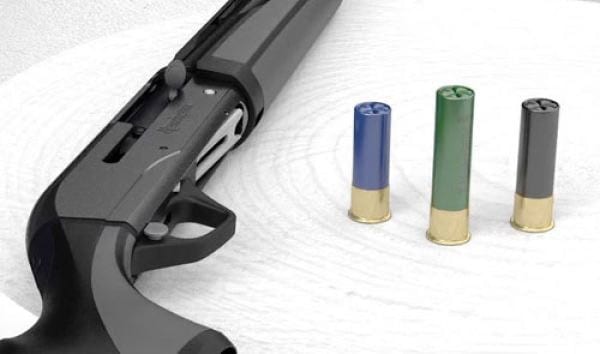 My first observation in the field was that the Versa Max seems to be a bit heavier than the usual semi-auto.  This may be an issue for a smaller person in the field.  I couldn’t expect a shotgun capable of chambering a 3 ½” magnum round to be a lightweight though.  I fired it a number of times at clays and I was impressed.  It swung easily, cycled very quickly, and ejected the spent shells down and well away from the shooting area.

I started off shooting one of my favorite loads, the Fiocchi Premium Target Handicap which is a 2 ¾” 1oz #8 shot.  The recoil was barely noticeable and it handled the light load very well.  I was concerned that the ejector may not be able to function with such a light load but numerous shots showed no difficulty.  The next load I shot was a Fiocchi Premium Target 2 ¾” 24gram #8 which I use in international rules competition.  Just as with the first light target load, the Versa Max functioned well and I was crushing the clays with it.

Feeling more daring, I started loading the hotter ammunition, going to a Remington Nitro Mag 3” 1 7/8 oz #2 to fire at a cardboard target twenty-five yards down range.  I am not a regular magnum shotshell shooter and I have to admit that I was pleasantly surprised that the recoil of the 3” magnum round was indistinguishable from the 2 ¾” lighter loads.  I can easily appreciate the potential to shoot the Versa Max all day in a duck blind, based on the recoil reduction technology.

Finally, I pulled out some larger shotshells that I had gathered from an acquaintance just for the purpose of shooting the Versa Max:  Winchester SuperX Magnum Buckshot, 3 ½” #4 buckshot.  I asked the Versa Max owner if he minded me shooting a very large buckshot load in his shotgun and he laughed granting me permission saying, “The Versa Max won’t know the difference.”  So, with the greenlight, I let loose with three of these super magnum rounds in quick succession and was shocked by the absolute lack of recoil.  The third shot was just slightly higher in pattern than the first shot at twenty-five yards.  I’ve got to say, this gun does what it promises: the combination of the weight of the Versa Max and the new Versaport technology allowed me to hold on target with really hot and heavy loads in a rapid-fire situation. 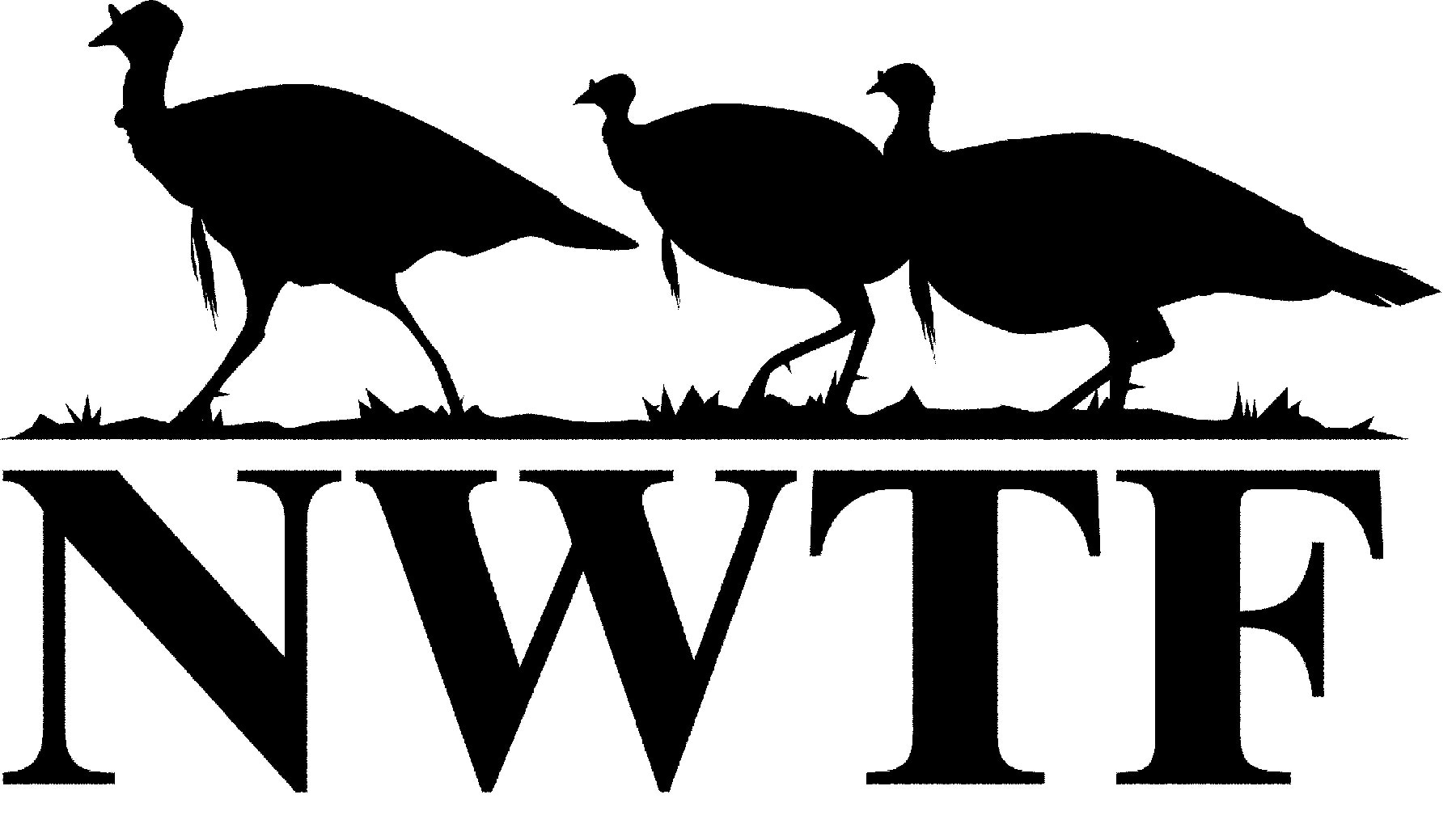 When we returned to our vehicles with the Versa Max, I offered to clean the shotgun as thanks for being allowed to fire it.  I opened my own personal cleaning kit that includes numerous brushes, solvents, oils, rags and other specialty cleaning materials.  The owner again laughed and took the shotgun from me, taking it apart.  Using a gun rag he completely wiped down the barrel and the inside of the forearm.  He then pulled a bore snake through the barrel and reassembled the shotgun.  This is against my nature witnessing this and again offered to further clean his Versa Max.

He explained to me that the TriNyte® coated external components require very little maintenance outside of a regular wipe down after shooting and that the Nickel Teflon plated internal components are largely self cleaning.  He admitted that he prefers to clean more thoroughly out of habit, but the Versa Max just doesn’t require it. 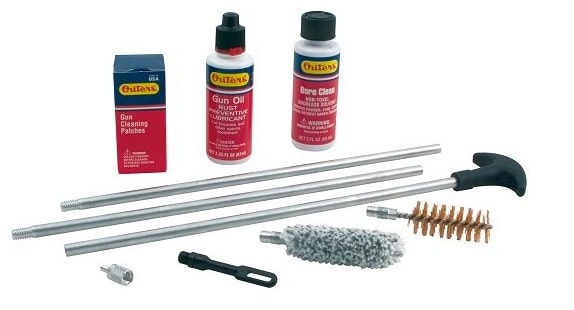 My preference in shotguns runs toward the more traditional over-and-under type shotguns but having handled and fired the Versa Max, I realize that I will probably find myself looking to buy one in the near future.  The ability to chamber and successfully use all of the 12 gauge shell sizes makes the Versa Max what I call a “lifetime gun” in that with it, you won’t need (though you may want) to use other guns for different situations.  I am convinced that the Versa Max is exactly what Remington claims it to be in its slogan, “Any Load.  Anywhere.  Every Time.”