A handful of pictures (possibly released, possibly leaked) of what appears to be prototypes for some new Chinese combination assault rifles popped up on a couple of Eastern Bloc websites recently and are now finding their way into US circuits. Bearing a striking resemblance to the XM-29 OICW, it combines an assault rifle chambered in 5.8 mm and a semi-automatic 20mm airburst grenade launcher. We’re also getting whiffs of a Type-03 rifle off the rifle design, too. 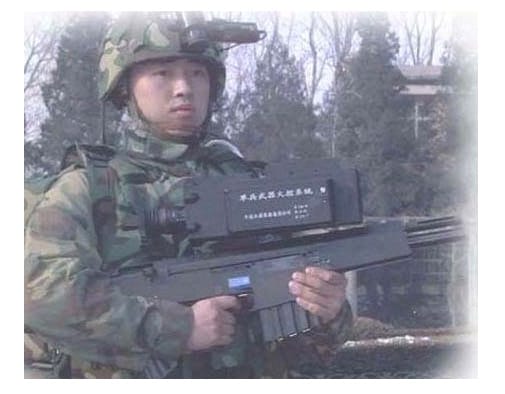 We got our hands on some verbiage about the gun through a Russian website.  After Google Translator spit it out, you could still hear Yakov Smirnoff when you read it, so, we tried to smooth out the prose as best we can without adulterating the content.  Give it a read:

China’s forthcoming weapon’s system promises to be one of the most comprehensive digital systems the world of modern warfare has ever seen. With communication, information and targeting as the systems major design motifs, the system fully plugs the infantryman into other combat systems, ably represented by a camera and display screen combo incorporated into the helmet that relays vital information in between the soldiers and commanders. 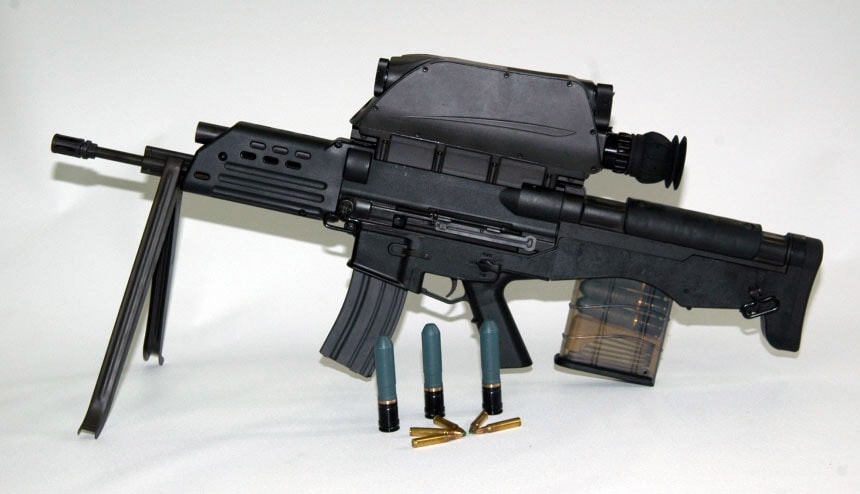 At the heart of all this new kit though is a new assault rifle, the ZH-05. The ZH-05 weighs about 5 kilograms—slightly less than the 6.1 kilo Daewoo K11 and the 6.8 kg XM-29. Its primary weapon ammo is a 20-mm air fragmentation grenades and its secondary support is the Chinese standard 5.8 mm assault rifle (look for conventional and bullpup models 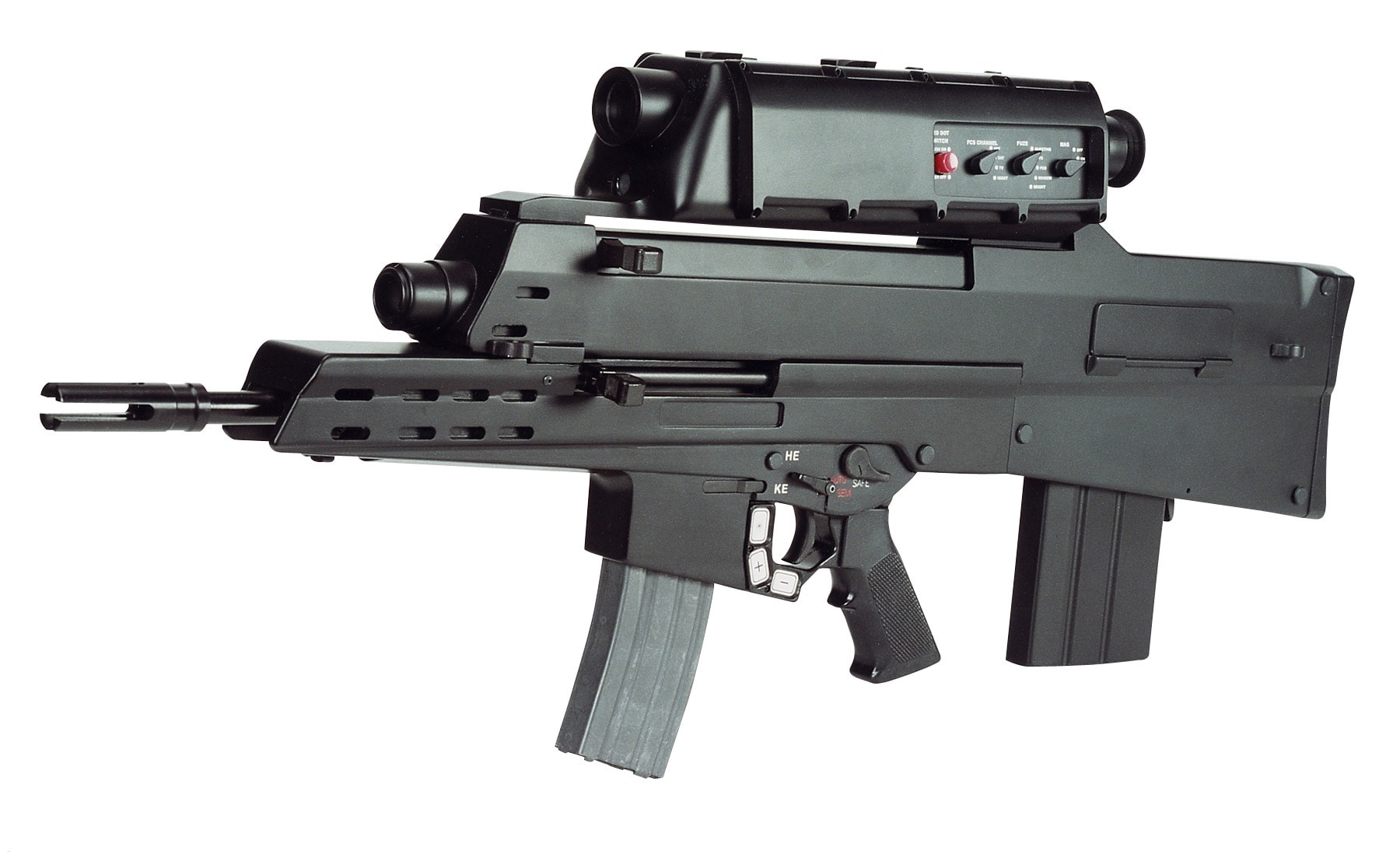 For launching the grenades, the system has a digital target display in the shooters sight that pretty much lists all the diagnostics associated with what “a shot” would entail.  Distance to the object can be entered manually or automatically and the system compensates on its own for things like weather conditions, trajectory and the number of revolutions the grenade will take during flight (which it calculates all by itself). Intended to carry pre-programmed grenades, these explosive devices give the computer an idea of the ballistics, which it then uses to minimize splatter damage to unintended targets.  It also allows for mid-air bursts and the like. 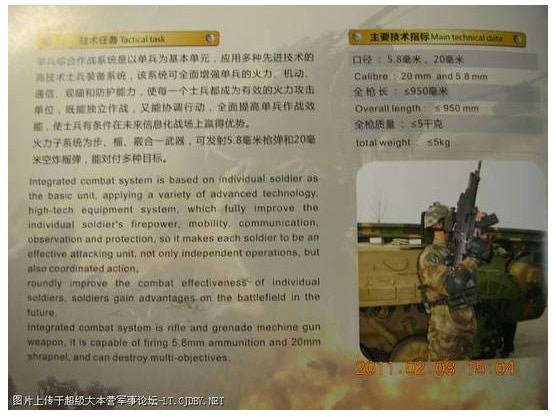 Protective clothing rounds out the system and features Nuclear, Biological Chemical protection, waterproofing and personal body armor.  The star here is the e-vest—basically a personal computer that controls optics, communications, human-machine interface, satellite navigation and what (Guns.com supposes) they’re calling a manpack.  This “manpack” powers the system and is engineered to add future pieces of kit.  The vest also has sports for drinking water, spare magazines and hand grenades.

Word around the water-cooler is that field trials for possible service will start in 2011 or early 2012.