Perhaps the most famous cannon of the Civil War is the double-barreled piece in Athens, Georgia, a gun never fired in combat because the Confederate Army realized it was more dangerous to its crew than it was to the enemy.

In fact, it seemed about the only safe place to stand when the gun was being test fired was directly in front of it.

“It still points north toward the Yankees just in case,” said Jeff Montgomery, public information officer with the City of Athens. The gun that couldn’t shoot straight came about in 1862. Inventor John Gilleland, a dentist, builder and mechanic, came up with the novel idea of a cannon that would fire two cannon balls simultaneously.  The two balls would be connected by a chain and the resulting projectile would whirl through the air, mowing down attacking Union soldiers like a scythe cuts wheat.

There was only one little problem.

“The design wasn’t quite up to the technology of the day,” Montgomery explained. “Shots went off in all directions.”

Gilleland’s was not the first attempt to make a multi-barreled artillery piece. Cannons featuring several barrels had been used going back to the 16th century in England, Poland and India. 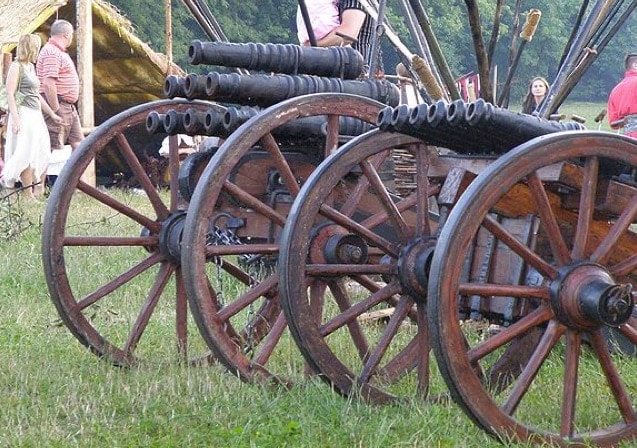 The gun was first tested in April of 1862 and it was aimed at a target of two upright poles. The powder was applied unevenly in both barrels, and casting imperfections in the barrels meant that when the gun was fired, one ball exploded out ahead of the other ball. The chain connecting the balls broke, and the balls not only missed their target, but went off to tear up an acre of ground, mowing down some saplings and ripping into a cornfield according to witnesses.

The next shot tore through a thicket of pine trees leading one witness to compare it to a cyclone or a mowing machine.

On the third shot, the connecting chain again broke and one cannon ball demolished a nearby cabin, knocking down its chimney, while the second veered off and killed an unlucky cow munching grass that happened to be standing in the wrong place at the wrong time. 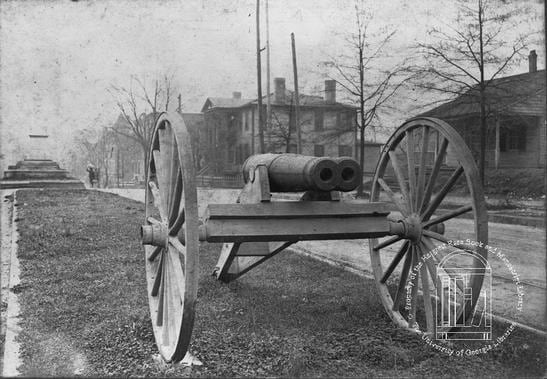 But possibly most amazingly of all, Gilleland considered the test firing a success. He tried to interest leaders of the Confederate States, but they wisely passed on the idea, evidently coming to the conclusion they were already suffering enough casualties. In its one official capacity, the gun was used as a signal device to sound out a warning that Yankees were approaching Athens in the final year of the war.

It later was used to make a big noise on ceremonial occasions and holidays, but hasn’t been fired in over a hundred years. Currently, it sits on the pavement in front of Athens City Hall. 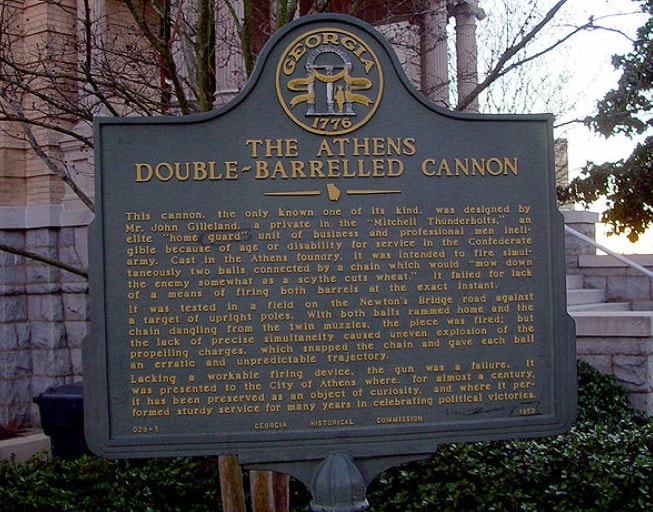 “People like to take pictures of it and kids climb on it,” Montgomery said. “Today it can’t be fired. The firing pin and the innards have been removed. We’ve got several quirky tourist sights here in Athens.”

Another antique object of interest is the tree that a university professor deeded to itself so the tree could never be cut down. Wind finally blew it down. However, a cutting from the tree was taken and it was re-planted.

Though no major Civil War battles took place in the immediate vicinity of Athens, the town, which today has a population of approximately 114,000, is rich in war history and is considered part of the Heartland of the Confederacy Tour. 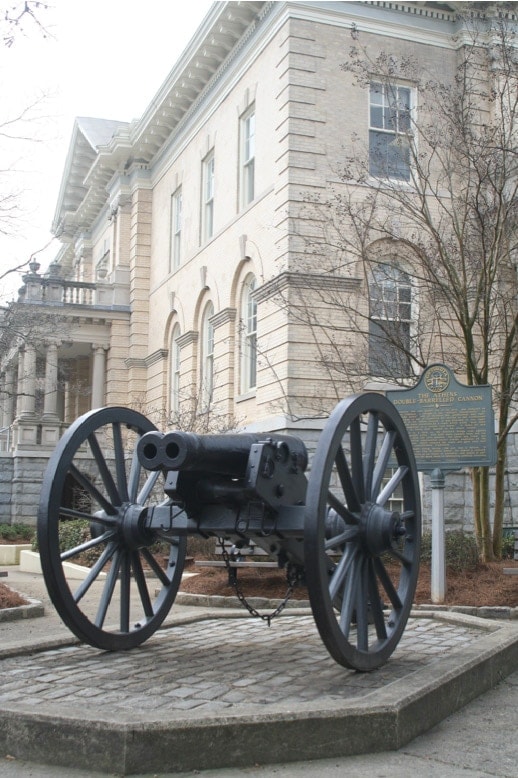