The Decline Game Birds in the Midwest: It’s still a sin to kill a mockingbird

In 1962, Rachel Carson’s Silent Spring sounded the alarm about a world quietly succumbing to its use of pesticides and, by bringing environmental concerns to an unprecedented portion of the population, effectively launched the modern environmental movement. 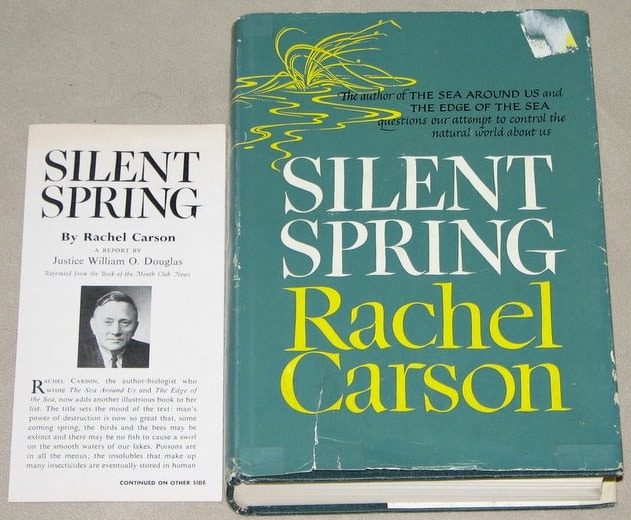 Brilliant, unmarried, dying of cancer and proposing a thesis that would likely cause massive upheavals in powerful entities, upon publishing her findings Carson (though widely championed by the scientific community) found herself in the crosshairs of the chemical industry.   Experts from Dupont, Velsicol Chemical Company, and American Cyanamid all lined up in a coordinated attempt to deride the text as pseudo-science, hippy bush crap and discredit its author as “a fanatic defender of the cult of the balance of nature,” an alarmist and, of course, “a communist.”  The lasting fear the book left in the hearts of industrialists and its effect on Americans’ understanding of conservation are evidenced by the fact that, even today, you can still occasionally hear abstruse calls for the head of Ms. Carson. 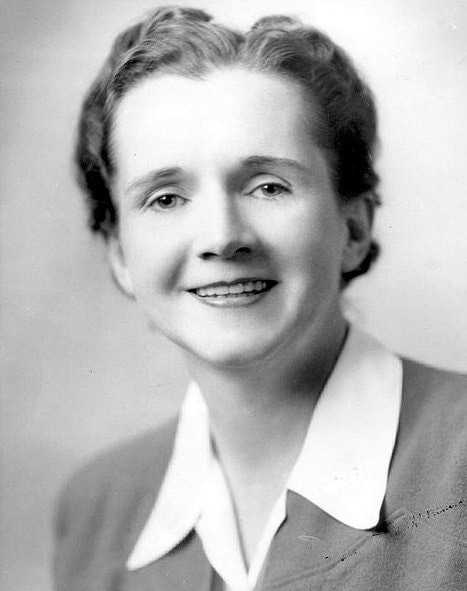 And, as we all know now, it turned out pesticides, particularly DDT, were in fact decimating non-target songbirds.  As these chemicals made their way up the food chain, their levels were becoming more concentrated in larger animals.  Raptor eggs began to thin and the population of such notable birds as the bald eagle plummeted.  Today the use of pesticides is regulated and their misuse (like kids chasing after DDT spraying trucks as if they were the ice cream man) is a quaint reminder of the sometimes dumb and often naïve past America sprang out of.

In this spirit, The Ruffed Grouse Society, a hallowed American institution and staunch defenders of our avian icons, is campaigning to bring this country’s full collective attention to what could result in a silent spring for vast regions of the US. Three of these icons of America’s young forests, prairies and grasslands—the ruffed grouse, the woodcock and the whip-poor-will—are disappearing from the Eastern and Midwestern United States at an alarming rate and, though today the reasons are certainly not as insidious as pesticides, the particulars are meaningless when, in the end, the result is the same.

Today ruffed grouse populations in the region are as low as three percent of what they were 25 years ago.  The birds have all but disappeared from Illinois.  Similarly RGS sponsored surveys have revealed steep declines in American woodcock in the US central regions as well as near extinction of whip-poor-wills and prairie warblers in Indiana.

So why are we seeing declines, not just in these well known game birds, but also in songbirds like towhees, golden winged warblers, yellow-breasted chats?  The Ruffed Grouse Society, along with noted ornithologist Dr. Robert Askins, believes that the reason is, as counterintuitive as it may seem to our 21st century notions of conservation, that these forests are getting too old.

North American forests are rather static environments that are constantly changing and maturing.  This stands a bit in contrast to their portrayal as lands in need of perpetual homeostasis and constant protection from disorder. The reality is that for the many species of animal that call these woods home, the vitality of these habitats is measured not only by the length of their existence, but also by the frequency they experience major vegetative disturbances. 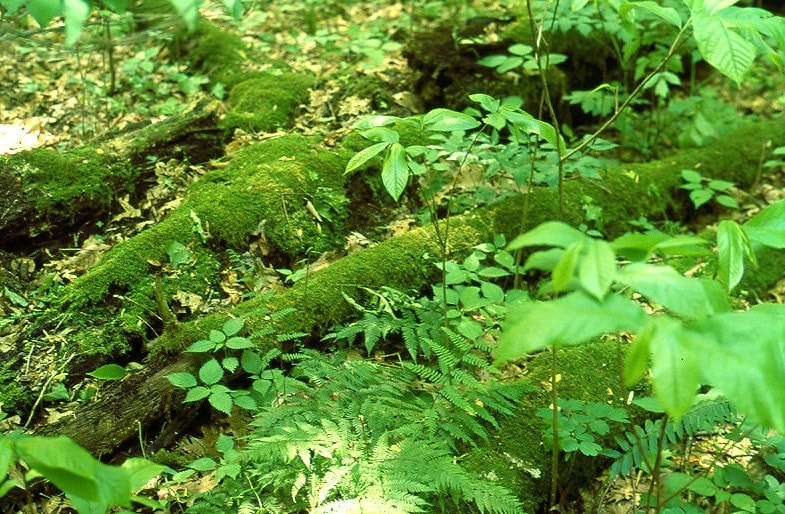 For example, heavily forested sections of old growth forests fall in on themselves as they die, allowing for patches of new growth forest and dormant seeds waiting for sunlight to start a race towards the sky.  Fires, storms, swarms of bugs—these catastrophic events clear the slate so to speak and allow new plants to thrive (some of which require such disasters like fire to germinate). These dynamics—this diversity of habitat types—are why prairies and young forests can support such a level of biodiversity, and how species of birds specifically adapted to temporary residence and recolonization of revitalized habitat are accustomed to surviving. 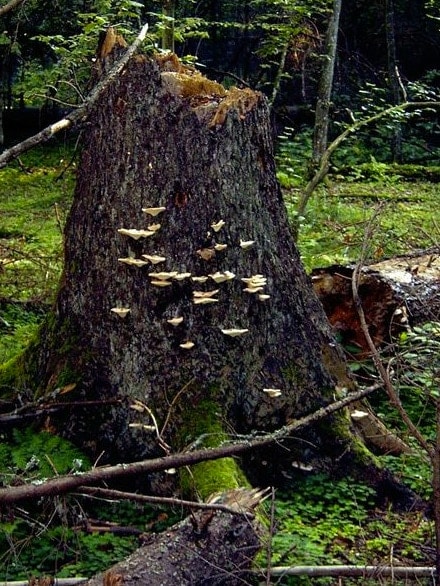 Prior to the 1930s, much of the East and Midwest found itself in the midst of a period of extensive development, the likes of which it had never previously experienced.  Forests were cleared to build and heat homes and make way for farms, and the region boomed.   Subsequently, as the poverty and transience of the 1930s ground such private building projects to a halt, the area quietly began an era of reforestation.  Aided by New Deal era stewardship initiatives, the area regenerated as it historically did after any natural disaster, steadily and dynamically rebounding into plush young growth forests.  And with the dense thickets and bushy fields came a spike in wildlife populations, especially songbirds.  These populations have been on the decline since the 60s, barely retarded by the ban of DDT in 1972 (though raptor populations have since soared). 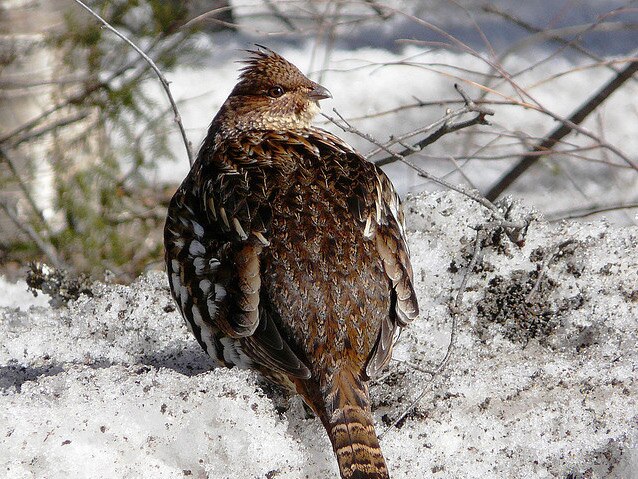 So what does the Ruffed Grouse Society propose we do about this?  Well for starters, they want to impress upon all, that habitat management is essential to the future of the ruffed grouse, the woodcock and the whip-poor-will. 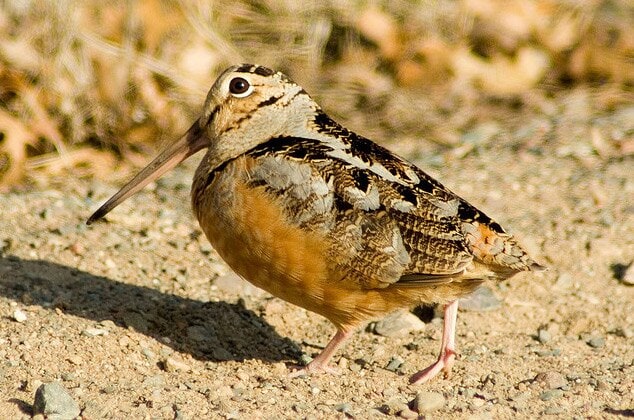 The RSG and Dr. Askins (who argued this in his 2000 book, Restoring North American Birds) propose an active wildlife and timber management program to, in essence, start “activating” these forests renewable resources i.e. encouraging new growth forests.  While timbering and controlled fires are just plain ugly words for many (nor can they by any means be considered “natural”), they are manageable tools that we as stewards of the land are obligated to use to keep these forests’ habitat types diverse and suitable for native wildlife. When used intelligently and with an informed and organized public voice behind them, non-industrial management techniques can perhaps ward off yet another silent spring. 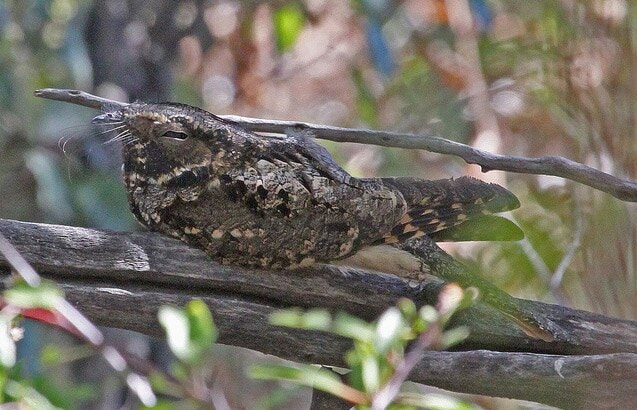 To get involved with the Ruffed Grouse Society’s efforts or donate resources to their cause, please follow this link.