Ever Wonder How Cops Pick Their Weapons?

For years the choice of weapon was fairly simple for Law Enforcement officers—a Smith and Wesson or Colt revolver—but in today’s America, Law Enforcement agencies are faced with an increasing number of weapon options for their officers to carry while on duty.  And in the high capacity era things have changed dramatically.  With new platforms and additions to these platforms in different calibers available essentially on a monthly basis, the viable choices for service arms has become practically limitless for departments.  Surely for these agencies making the decision of what gun is best is both an exciting and overwhelming process. 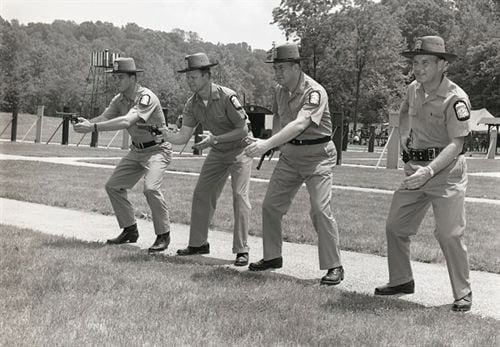 I recently had the opportunity to interview Sheriff D. L. Hodges of Cumberland County, Virginia to get his thoughts behind the purchasing process.  Sheriff Hodges is a gun guy who enjoys a good day at the range and he takes his department’s weapon choices seriously.  Even though they are a small department all deputies are issued a shotgun and M4/AR variant as well as their sidearm.

In 23 years how many different guns have been issued to you?

When I started, I was issued a Smith and Wesson model 66 revolver.  Then, I bought my own Smith and Wesson 5906 9mm.  After seeing how the 9mm performed through a windshield I went to the Glock 20 10mm.  I carried that until [the department] went to the Sig 226 9mm.  They would issue you the revolver but if you wanted to carry anything else you had to purchase it yourself.  In 23 years I would have had three duty weapons issued. 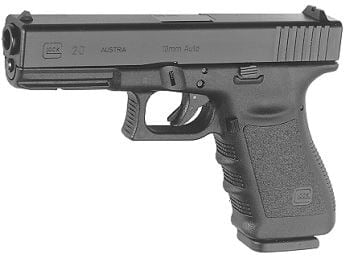 Tell us a little bit about how you get your funding to purchase weapons for your department?

First of all you can budget it.  Each year you have a budget cycle and you can put in why you need certain things and if the county feels it is worthy of the money or you need it, or you can present a compelling argument you can get it.  The other way is through the drug asset forfeiture funds.  Drug seizures are one of the biggest ways we update our weapons. 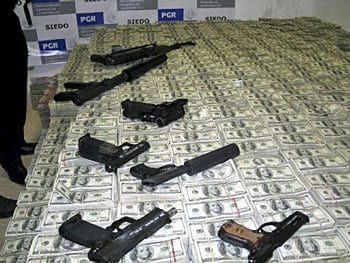 Does the county incur the expense of new weapons every time you hire a new officer?

No.  Normally the only time I would buy new weapons is if someone retires.  In the [VA] state code it says that if someone retires they can buy their duty weapon for $1.  Any time you have a retiring officer you are going to get hit with that $700 Sig purchase. 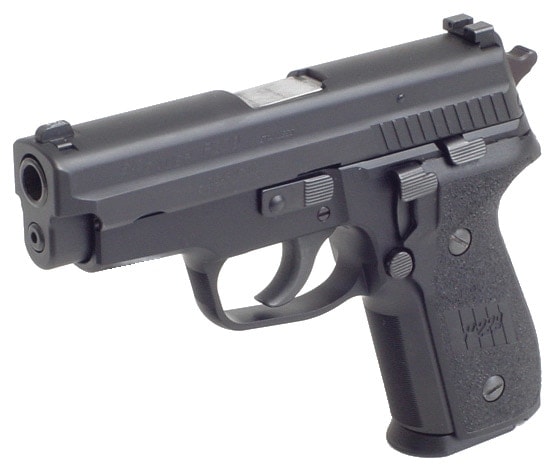 What is the process of bidding out for a weapons system?

We first contact most of the brand names.  What I feel is the cream of the crop.  We will contact the state representative for Sig.  We contact whoever has the state contract for Glock.  We ask them to set up a date and time when they can bring us some items for our firearms instructors to test fire the weapons and see how we like them.  See how they handle what we consider every day wear and tear.  How comfortable is it?  How accurate is it? 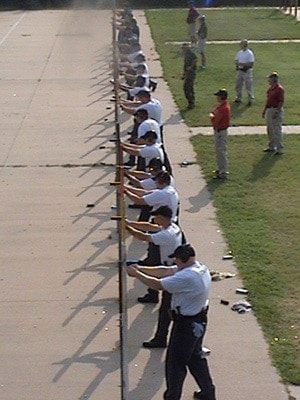 Everything is on a state contract price.  You don’t go to your local gun dealer and say, “What is the best price you can give me on 20 H&K or what is the best price you can give me on 20 Sigs?”  It is, “What is the state price on this?”  It is a flat rate.  There are a handful of dealers that will have them, I mean there is one dealer for the Glock or one dealer for the Sig.  Everything is state contract pricing.  [VA] bids out and they give them the best price.  You were the lowest so everyone who buys this will get it through them.  If I went under a private contractor I would have to get different prices of three bids and show it was the cheapest bid, but as the state bid you already know it’s the cheapest bid.  It’s already been done. 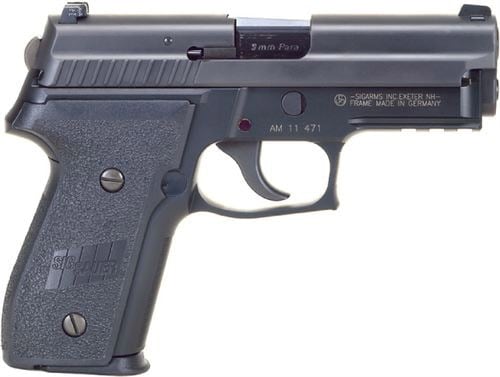 How long does it take to get the guns after you order?

Once you do that you have to change over your holsters, you magazine pouches—it’s not just the weapons you’re ordering.  And you’ll have complications like left hand vs. right hand.  Are you going with black clarino or flat black.  Are you going with brown or nylon?  How easily accessible are these things?  The companies really make their money on this.  You are ordering all new holsters, all new mag pouches.  It’s a pretty big deal for [the companies]. 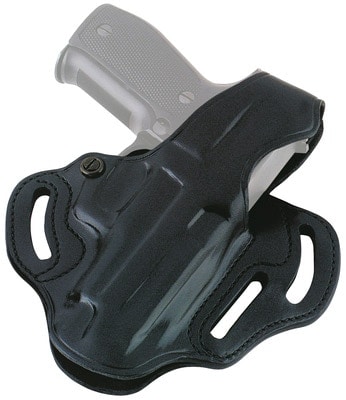 How much of a role do the gun reps play in your do decision?

Not very much.  Sure I listen to all their sales hype of why their product is the best.  Why we should be using it.  If they have good points I will listen to everything they say, but I make the decision after we have tested and tried the weapons ourselves.  After that I will normally call a department I know who is carrying the particular weapon we are talking about.  What’s good?  What’s bad?  What problems have you had?  Most of the time people are very willing to put in their two cents.  They’ll say I really like this, I don’t like that. 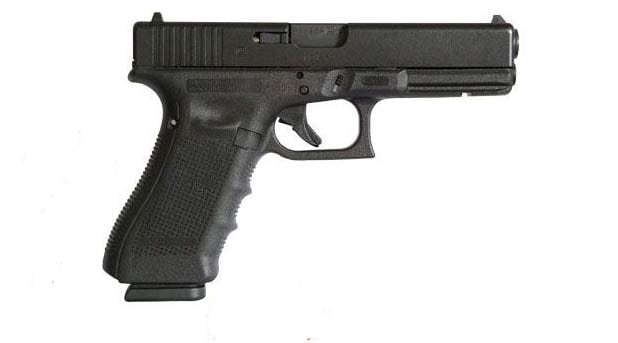 I feel like the Glock and the Sig are both top of the line for LE purposes.  I mean for the bang for your buck. I’m partial to the Sig though (and because) I’m an armorer on both.  I would trust my life to both and I have trusted my life to both.  I’m just a Sig fan.  I went through their armorer’s school first and saw their stringent tests.  It is also important to me that the state police have this same gun. 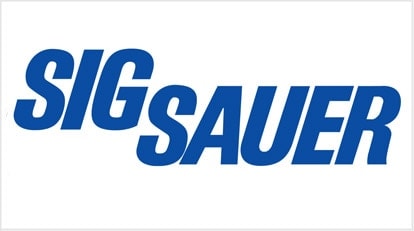 What weapons do you issue to your officers?

Most are the Sig 229 DAK (Double Action Kellerman) .357 sig and Sig 229 Double Action in .357 sig.  As we can afford it, we are replacing the older guns with the DAK’s, Remington 870’s and M-4’s.  We are talking about buying suppressors for everyone as we can afford it because of the damage being done to everybody’s eardrums in shootings throughout the country right now.

Most of our 870s were from old seized guns turned over from the courts for our use.  Many of the guns were Mossbergs, some were Ithacas or Remingtons.  There were so many different makes of shotguns.  They used whatever was in decent shape.  We used what we had.

Most of the 870s were put in the trunk.  You were handed a gun and weren’t even handed a gun case.  Some of [the officers] purchased their own shotgun racks for the trunks.  When you went to qualify they would only use one officer’s 870 so they didn’t have to clean them all.  So some of them didn’t see daylight in a year.

All of our officers now choose between the upfront mount and the trunk mount. I leave that up to the individual officers.  We have a wide variety of vehicles from the Chargers to the Crown Vic’s to  SUV’s.  It is placement according to where the officer feels most comfortable with it.

What is the life expectancy of a duty weapon?

I’m going to go off on a bit of a tangent here but bear with me.  I like to think of myself as a gun guy.  Somebody who knows and tries to keep updated with the newest and best.  Which calibers seem to do better.  Which are most effective and things like that.  Would the .357 sig be my ideal round?  No.  I love the ballistics, but it is a more expensive round.  One of the big issues [when considering our sidearm] was that we are a small community and our closest backup may be the [VA State Police] or a Game Warden.  It’s important that we are all using the same weapon in case of a gunfight.  We can exchange magazines even though the old adage is, “If you missed them 46 times I’m not giving you my magazine!”  The state police carry the same weapon, the local township carries it and a neighboring county as well. 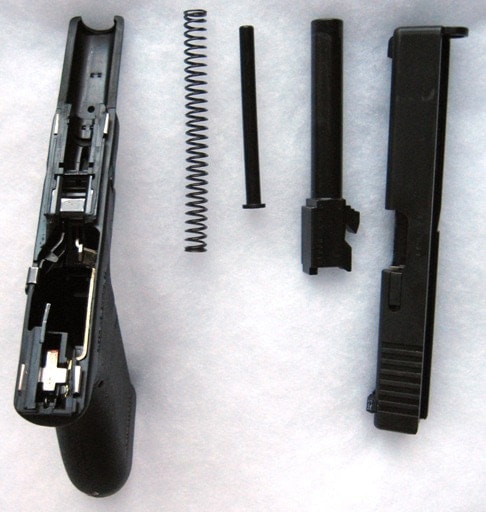 After each qualification, after the guys have cleaned their weapons, they bring them back for inspection.  Being a Sig armorer I go over them.  If I see the weapon is starting to wear or starting to show lots of use we will replace them out immediately.  Ten years is a good round number before it gets traded out.

Do you think you will keep the 229’s for the next five years?

Yes I would say that, because of budgets, we will keep them during the next five years.  Glocks are coming on strong with a lot of my guys.  I have tried to use the DAK triggers because it is helping some of my weaker shooters.  The double/single tends to throw off some of the weaker shooters where your strong shooters have no problem.  They adjust for it. 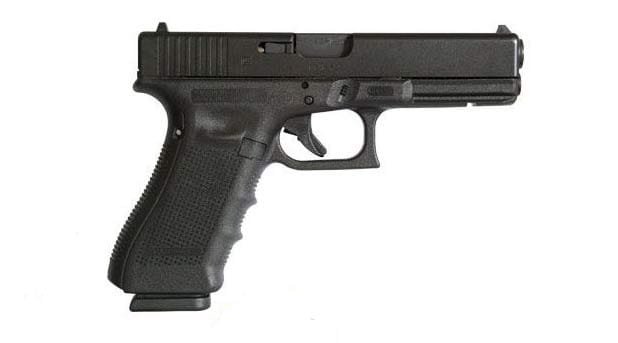 Are your deputies generally on board with the decisions?

I have the ultimate decision, but I try to get as much input from the officers as possible because this is going to be something they are going to trust their life with.

Do you issue a back up weapon? 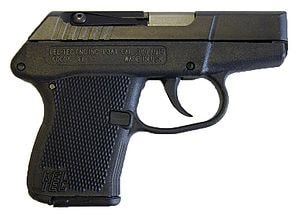 No, but we allow officers to carry a back up weapon.  Anything they carry has to be listed with us; model serial number and they have to qualify with it.  If they are going to carry, I don’t care what it is, it has to be approved by me and they have to qualify with it.  We have about 50% carrying back up weapons.  Most of the guys are carrying the little 380s.  That’s what most guys are carrying off duty too, mostly rhe Kel Tecs and Ruger LCPs. 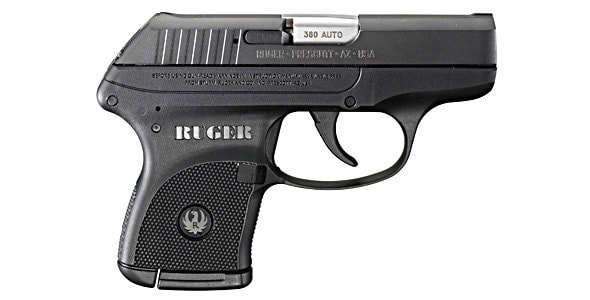 Is there anything else I should have asked you that I haven’t about this process that comes into play for you?

What would upset Jeff the most if I bought it?  You never have opinions!  I mean realistically when we talk about doing research I do go to people like yourself and David Sams (Sams Custom Gunworks) and I will ask them, “What do you think?”  I know they have personal bias and personal opinions and I take it as that.  Why do you feel like the Glock is the best?  Then you also have to think about the ballistics.  What is the cost of the ammo?….