Nary a gun has entered the market in recent times that has proven as polarizing as the Taurus Judge (and its progenitors), so, with 20/20 hindsight, it was only a matter of time before the big guys started tossing out competing models.

Like its Latino counterpart, the new six-shot Smith & Wesson Governor or (Gov-vah-nah as it is spoken in some parts of the country) chambers three types of ammunition—.45 Long Colt, .45 ACP, and .410ga 2.5″ shotshells—and also like the Taurus it is marketed as the all-in-one trail gun, ideal for warding off curious bears and turning rattlers into Swiss cheese. The Governor features a Scandium frame with black matte stainless cylinder and a dovetail Tritium night sight and comes in single or double action models. 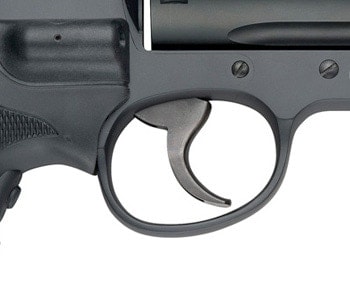 Shipping later this year with all the pageantry of a political power play, we’re anxious to see what the people decide: Taurus or S&W, Judge or Governor, Judiciary or Executive. There’s an eyelash difference between the two in weight (both are about 29 oz.) and height (both are about 5.5 inches high).  The original Judge—and we must remember there are many Judges—is about an inch shorter in overall length.  It also doesn’t shoot .45 ACP (once again the original mind you) and it only holds five shots.  The Governor on the other hand seems to take these shortcomings in the Taurus and fill in the gaps—that subsequent models of the Judge addressed. 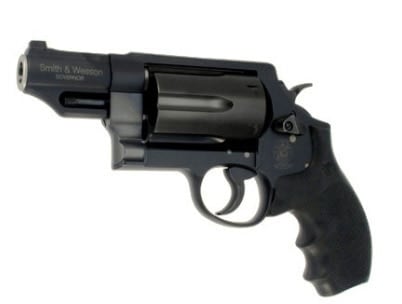 The basic Governor model is a couple hundred more than your cheapest Judge at around $670 but—and this is a big but—a $900 model comes equipped with o-so-modish Crimson Trace Grips. 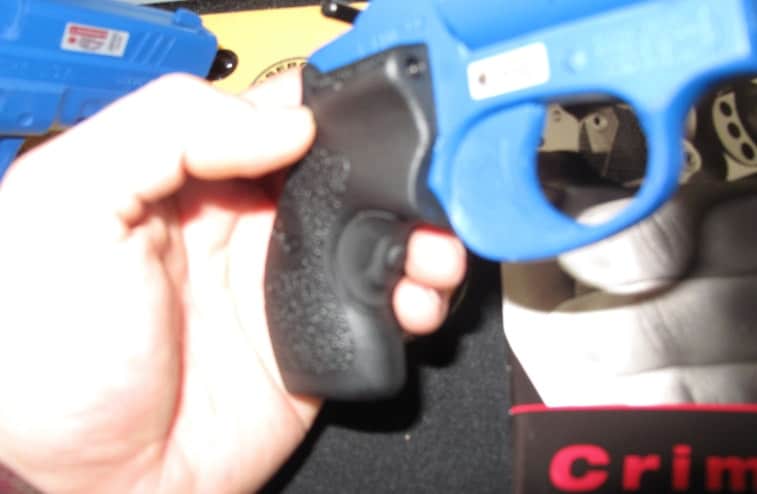 These Crimson Trace jobs are all the rage right now, offering double A, number one ergonomics and a discrete, built-in laser sight with an activation button on the grip.  We got to fool around with these at the Eastern Sports and Outdoors Show and what we liked was how smoothly integrated the grip fits with the handgun (often a gripe we have with aftermarket grips) yet there was still a very noticeable difference in the leverage you have over the weight and, consequently, how much control you have over the frame. 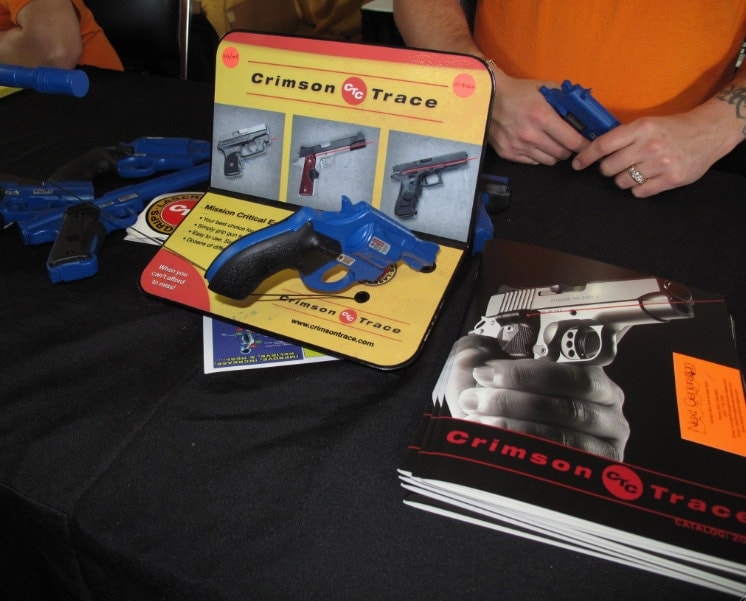