My hometown college has T-shirts imprinted with, “Education is a journey, not a destination.”  My inner curmudgeon replies, “When I’m paying your tuition, you better get someplace.”

Just like in formal education, a rifle expert’s instant library starts with the basics, which I gave you last time, and progresses towards the coveted degree of Rifle Expert.

Let’s get down to the core courses. 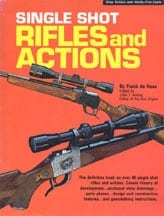 The publisher of both these books boast that they are “the definitive” works on single shot and bolt action rifles. The more evenings you spend in your easy chair with them, the more you’ll agree.

De Haas covers 60 single shot rifles and 71 bolt guns in these two books, and not just briefly – he really gets down into the details of function and takedown & assembly, and includes sectional view drawings and dimensional specs. Because De Haas was a trained photographer, the photos in Bolt Action Rifles are refreshingly useful. Of interest to gunsmiths, tinkerers and aspiring experts, De Haas also includes his opinions on each action’s strengths and weaknesses. 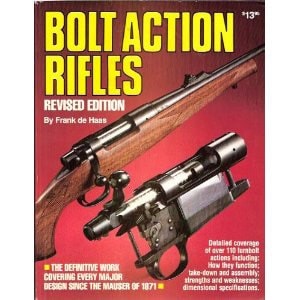 And that’s doubly interesting when you learn that “Mr. Single Shot” Frank De Haas apparently never considered himself a professional gunsmith, though he designed and built his own single shot rifles, in addition to working on guns for himself and others, in his own basement shop.

Kinda makes you humble about being an expert, doesn’t it? 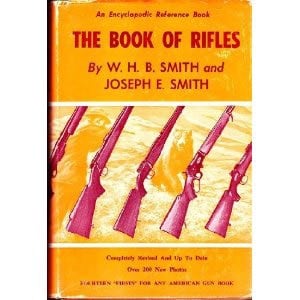 Here’s a question to ask those who’ve got a bee in their bonnet about assault rifles:

What is an “assault rifle”?

Among those who know little about firearms, lawmakers included, an “assault rifle” is a rifle that, well, you know, looks like an assault rifle. Today, the generally accepted accurate term refers to a rifle intended for military use that has the capability of selecting between semiautomatic and fully automatic fire. But you find in The Book of Rifles that the original assault rifle – named by name – was actually a bolt action. 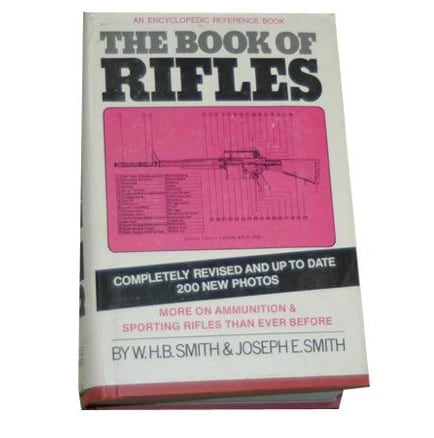 During WWII the Germans created the VolkssturmGewehr 1, which translates to the “People’s Assault Rifle,” a remarkably crude bolt action rifle of questionable safety intended for issue to civilians for Vaterland defense. Those dubious qualities aside, think about that. Can you imagine our own Department of Homeland Security issuing American citizens “assault rifles?” Dream on…

Especially if you have a lot of interest in military rifles, The Book of Rifles is a “must have.” The authors arranged the chapters alphabetically by country, then covered that country’s rifles in chronological order, often including detailed descriptions of how an action functions. For the U.S., the listing begins with the Krag and continues past the M-16 to include the Stoner 63 and the Armalite AR-18 rifles before delving into “Sporting Rifles.”

Where to get a copy? See below…

OK, not about rifles, but an excellent companion to Smith’s Book of Rifles, and who doesn’t own at least one handgun, even thought rifles are superior? (Q: “Why do you carry a concealed handgun?” A: “Because it’s too hard to conceal a rifle.”) And this book answers that old question, “Is a revolver a pistol?”

In his own correspondences as early as 1846, Samuel Colt referred to his newfangled revolvers as “repeating pistols.” How much more definitive can you get? Revolvers are pistols. The Man To Whom All But John Browning Are Unworthy has said so, end of story. 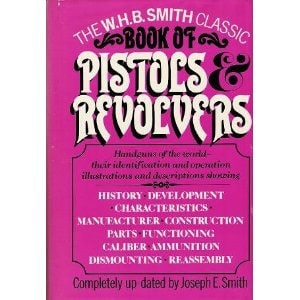 Language is a fluid thing, susceptible to colloquialisms and reshaped by common usage and mis-usage. With the introduction of the semiautomatic pistol, vernacular has kicked revolvers out of the pistol family and forced them to get a real job and a place of their own. According to the definition by well-known firearms historian W.H.B. Smith in his seventh edition (1968) Book of Pistols and Revolvers: 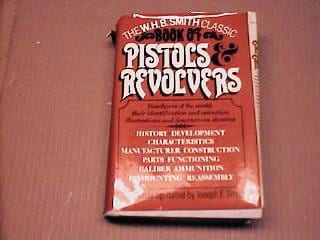 Though this next little tidbit won’t change your wife’s opinion that you’re an absolute mine of useless information, your shooting buddies will be in awe at your gun expert-ness when you casually mention the semi-auto revolver. In fact – sshh! – save this one for betting time down at the pub, because, yes, “semi-auto revolver” is an oxymoron that will, to the non-expert, make you sound like an idiot easily parted from his money. 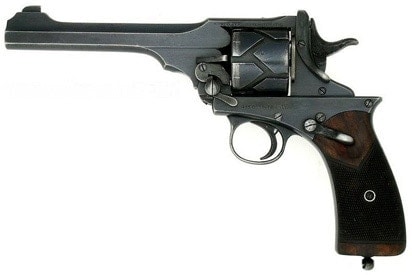 However, just happen to carry a photocopy of Smith’s pages 525-526 in your pocket, take their bets, and whip out the photocopy to show ‘em the Webley-Fosberry Automatic Revolver, complete with a detailed description of its semi-automatic operation. Read it and weep, gentlemen, thank you very much, and make that a tall draft, bartender. 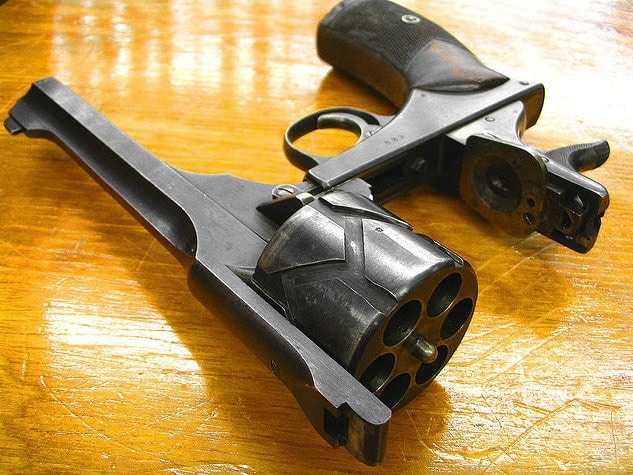 After a 50-page aperitif on the evolution and classification of handguns, it made sense to the author to arrange this book’s meat & potatoes by ascending calibers. Smith begins with what he names the smallest center-fire cartridge ever made, the 2.7mm for the Kolibri Automatic Pistol; 500 pages later, he stops at the .577 Tranter and Bland revolvers, then gives a nod to an unnamed 15mm cartridge/pistol. A 300-page dessert of appendices follows. 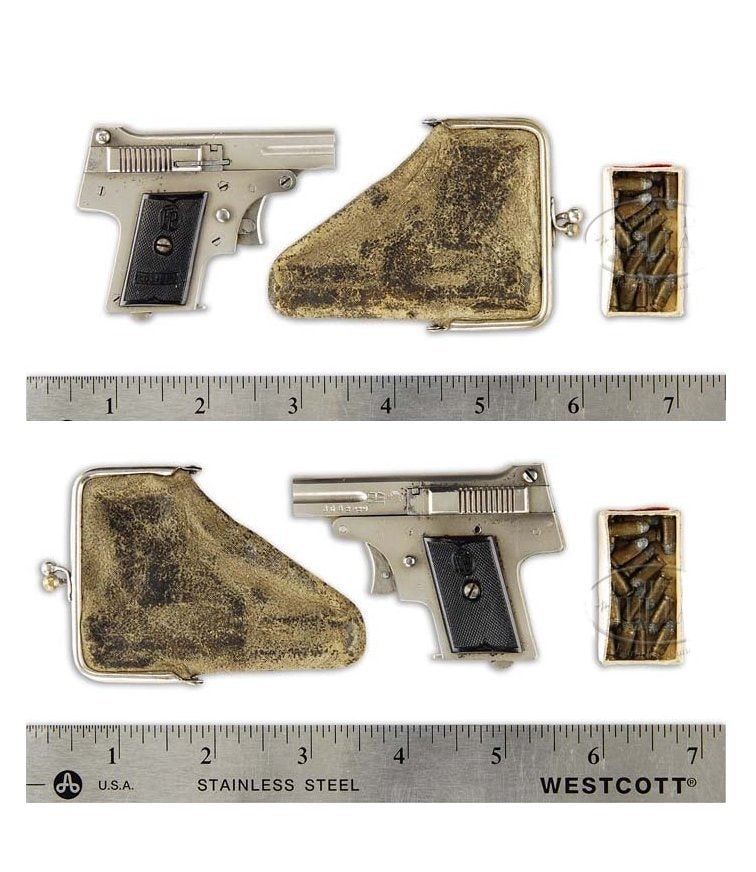 While the Book of Pistols and Revolvers skims the specific histories of hundreds of handguns, its forte is in excruciatingly detailed descriptions of their construction and operation. There are no “exploded views” here, but there are plenty of well-done cutaways.

The bad news is that both of Smith’s books are apparently out of print, the last edition of either appearing in 1972. The good news is that there are copies for sale online at various auction and used book web sites. You’ll find them if you search by author and title.