The Marine Corps’ famous Scout Sniper Program is adding a new rifle to their inventory, the M110 Semi-Automatic Sniper System made by Knight’s Armament Company. Right now the company is just shipping the rifles to the units, so actual Marine Corps fielding hasn’t taken place yet. I say “Marine Corps fielding” because the Army has been using the rifle in places like Iraq since summer 2008.

Like most of the other sniper rifles in the Scout Sniper’s inventory, the M110 is chambered in 7.62mm. It also has an effective range of 800 meters, but is capable of handling ranges of up to 1,500 meters. And since it’s semi-auto, it’ll allow for rapid follow up shots.

The Marines bought 803 units for $8.3 million (that breaks down to the low, low price of $10,336 per rifle). Adding the M110 to the inventory will take two phases. In the first phase units will be receiving the M110 and train with it. Second, the M39 will be removed—they’ll swap them out on a one-for-one basis—and then Marines will deploy with them. The task will be completed by next fall.

The primary Scout Sniper rifle is the custom M40A5 (a bolt action rifle) and it’ll remain in its place. Also, other semi-auto sniper rifles will stay as well like the SR-25 and the Mark 11 Mod 1. Officials say, ideally Scout Sniper teams will carry both the M110 and the M40A5 into the field, assess the situation and use what’s most appropriate. 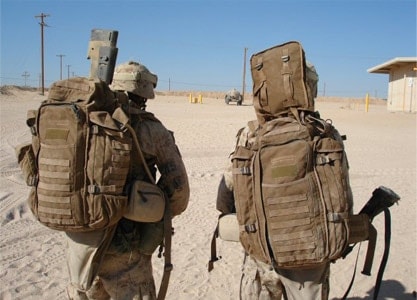 The only difference between the Marines’ M110 and the Army’s is the Marine’s will use a Premier Reticles scope instead of a Leupold. Otherwise it is identical. Features on the M110 include a gas-operating system, a 20” barrel with an adjustable stock–so the overall length is 47 ¼”–and it weighs 16 pounds. It also has a 20-round magazine and a stainless steel sound suppressor that’s supposed to be much quieter than the M40A5.