Bartholomäus Girandoni, a clock maker from the Tyrolean region of Austria, was thinking outside of the box with his 1779 lethal inspiration, the Giradoni Air Rifle.  The Girandoni was a repeater with up to 30 deadly shots, unheard of in an era of single shot muzzle loaded matchlocks.

Guns remain an experiment in progress dating from the Song Dynasty’s (960-1269 AD) discovery of gunpowder in China and then invention of the primitive hallow bamboo cannons shooting lances often set aflame. The earliest depictions of cannons can be see in 13th century Chinese art. Those archaic weapons evolved into cast hand cannons and took momentous strides in line with the technology of the day as the centuries added up—but this Giradoni creation was truly ahead of its time and brilliantly engineered for its era. 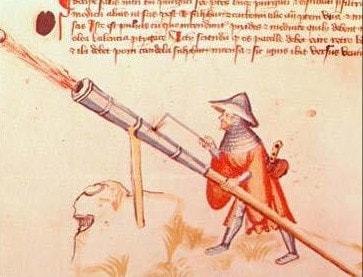 The Livrustkammarne Museum in Stockholm is home to the earliest example of a mechanical air gun dating back to 1580. The late 16th and early 17th century examples were used in the field for hunting, boar and deer and employed the same propulsion method, a rudimentary pneumatic pump to fill the butt stock chamber with pressurized air which provided muzzle velocities of 700-950 feet per second. 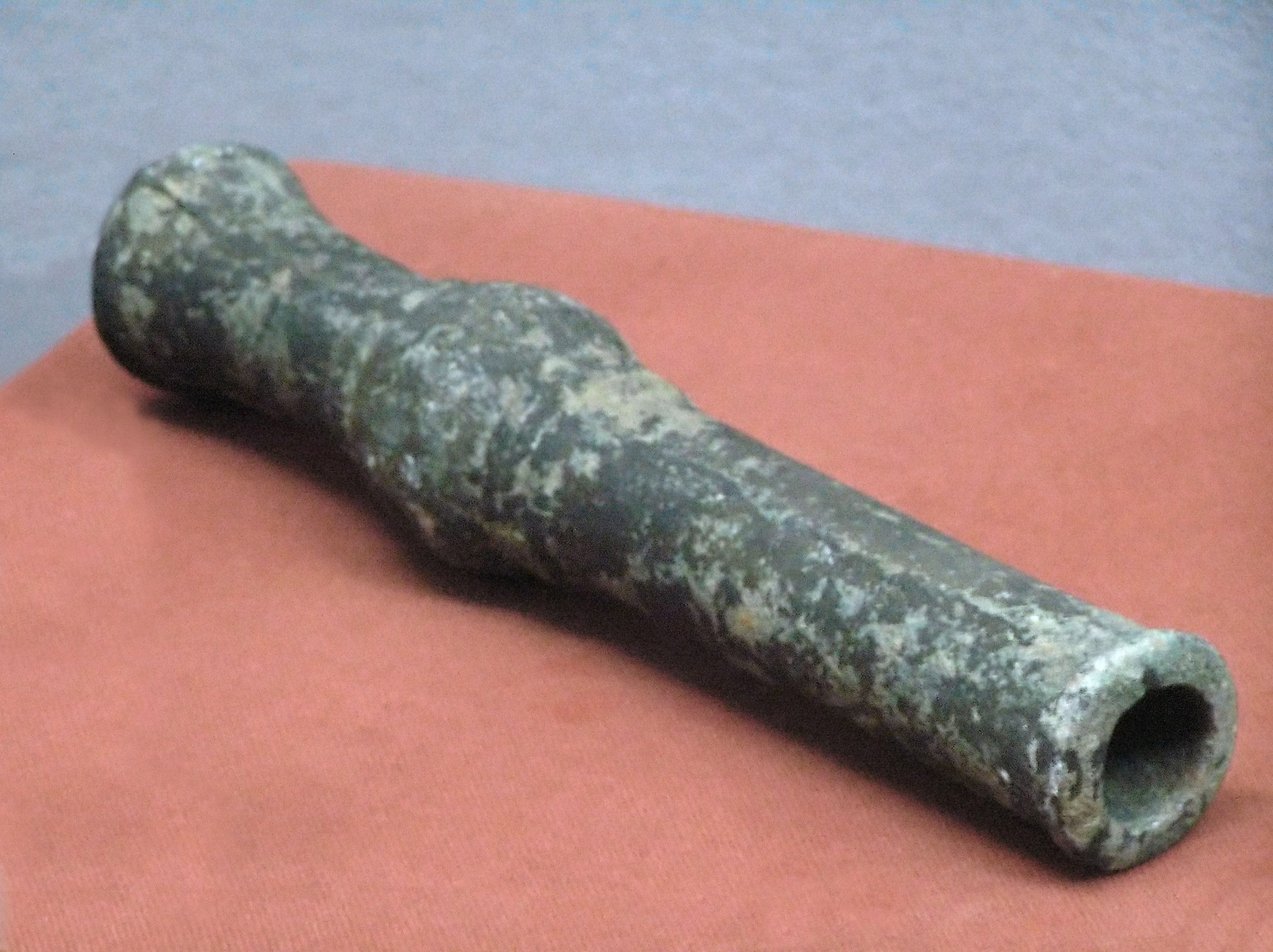 The Girandoni was the first pneumatic rifle and first repeating rifle ever used in warfare and it was special issue for the Austrian Army from 1780 to 1825. Specific training was required to utilize the weapon to its full potential (you have to remember this gun was unlike anything yet seen by the average peasant), but once the troops were educated as it were it was decidedly deadly as an ambush or skirmishing piece. 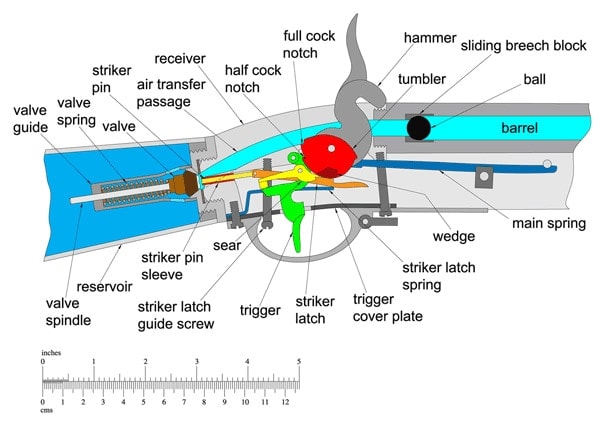 48 inches long and the gun weighed in at 10 pounds, similar in size and weight to the muskets of the era.  And believe it or not it was a stone cold killer at up to 100 yards, able to punch a hole in a 1 inch pine board for the first 30 shots on a single air reservoir. The power dissipated and required a ‘pump up’ after that but the gun was miles ahead of anything seen thus far. 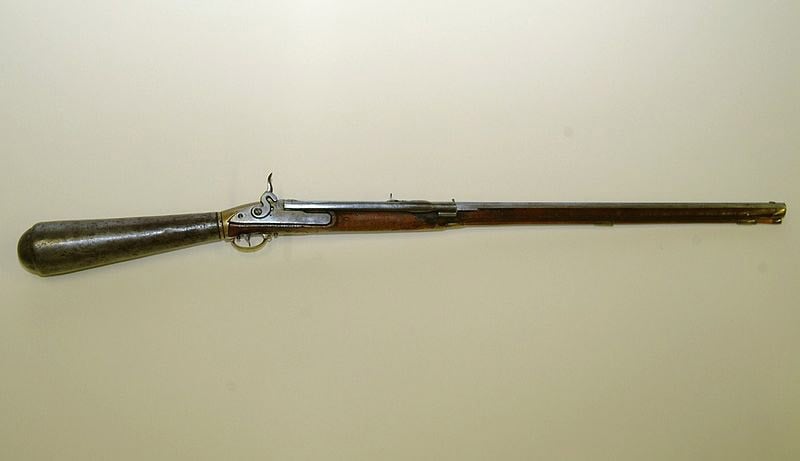 My initial scepticism of these weapons was fuelled by the misconception that they were similar to a Daisy BB gun.  When I realized that the Girandoni propelled a .46 calibre ball  through a rifled barrel at a muzzle velocity of 900 fps, I realized how wrong I had been. Providing a high rate of fire, there was no smoke from propellants nor muzzle flash to reveal ambush positions nor concern for inclement battle conditions as you needn’t worry about keeping powder dry.  And believe it or not, at the right distance, the gun has a comparable impact to a .45 ACP cartridge—without the bang of course.  A little overpowered for knocking squirrels off the bird feeder, but then again why not—unless they’re watching the neighbours won’t notice. 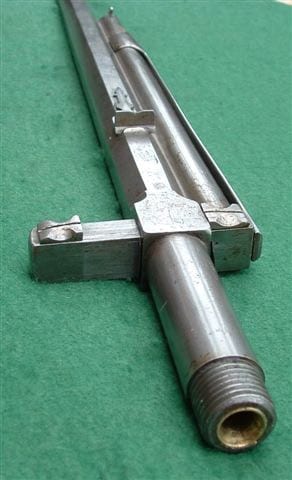 The battle advantages were significant when compared to the single shot muzzle loaders of the day.  Chief among these was the fact that Girandoni was a repeater, capable of 20 rounds in sequence with a unique tubular gravity feed magazine. A simple but ingenious push of a thumb slide lever loaded another ball and the budding rifleman was ready to shoot away. No reloading of delicate and dangerous powder that needed to be transported to the next skirmish. All the gravity feed magazine required was that the rifle to be tilted upward dropping the ball into the breech-block—still very much the same as muzzle loaders of the era.

Several other countries adopted the weapon for early “sniper” squads including Japan and France.

The Achilles heel was the butt stock reservoir and the pump. Leather gaskets needed to be constantly maintained and swelled with water to sustain pressure. Once empty the reservoirs required a significant effort and 1500 strokes to restore full power. A supply wagon was subsequently outfitted with a mounted pump to readily supply soldiers but this negated one of the key features—mobility. The rudimentary fabrication methods of the day engineered weak threading on the reservoir neck and this was the ultimate downfall of the weapon. The reservoirs were delicate in the field and if the riveted brazed welds parted the weapon was rendered into an awkward club as a last resort. 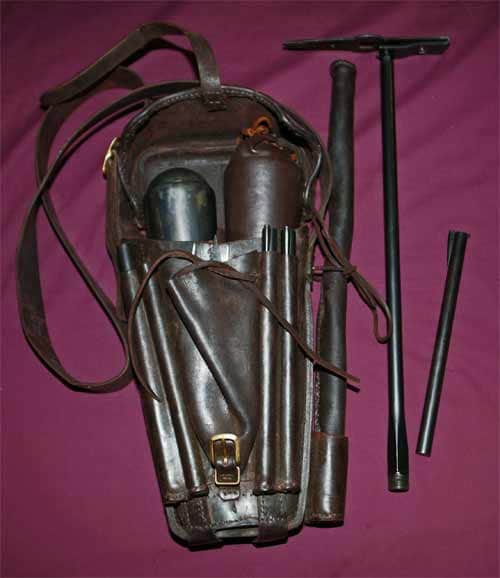 The Austrian Soldiers carried 2 spare compressed air reservoirs, hand pump, 100 lead balls, 20 in the rifle and 80 in 4 tin tubes transported in a separate knapsack along with cleaning stick, lead ladle in the event they had to manufacture the balls in the field and a supply of the most necessary gaskets.

The importance to America was significant as the Lewis and Clark expedition used the Giradoni Air Rifle across the unsettled continent to great advantage as they were able to impress the Native American Indian tribes they encountered with peaceful demonstrations of the weapon and its repeating capabilities. 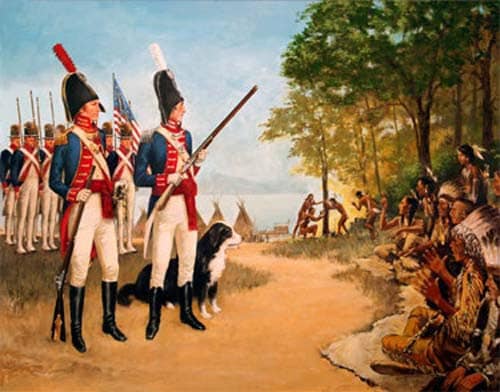