At first glance, I thought the scene photographed above was real—in the sense that one human saved another during a firefight. As it turns out, the scene is a reenactment, just a glimpse of a much longer and more detailed narrative playing inside the head of artist Mark Hogancamp.

Hogancamp created the fictitious town of Marwencol in his backyard. It’s a small Belgian community subjected to the brutalities and gentility of World War II. Hogancamp populated the town with Barbie dolls and action figures, posed them to match his story then photographed the scenes. What spawned the town, Hogancamp needed a cathartic release after receiving a severe beating from five men outside of a bar in Kingston, NY, in 2000 where he suffered brain damage, lost some motor skills and his memory. Since he couldn’t afford therapy, creating the town had to suffice. 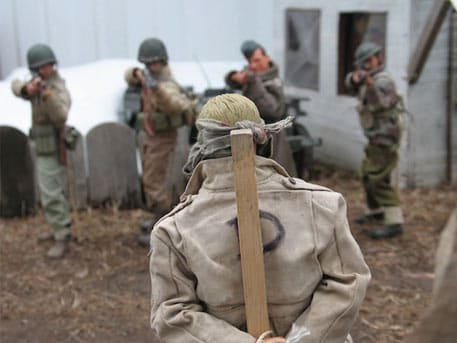 His narrative follows his alter ego, hero “Hogan” Hogancamp, real life friends, and even the men who brutally beat him (depicted as Stormtroopers).
And in my opinion even novice art enthusiasts can appreciate the emotional resonance captured within these photographs. 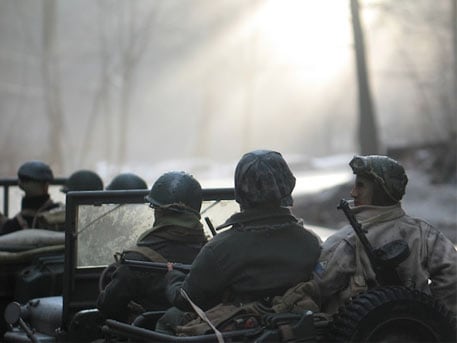 The town was revealed in an art gallery in New York City and shortly after by a documentary of the same name, “Marwencol” in early 2010. The film has been out for about a year now, won several awards and is still traveling around the country playing in select theaters.

Why is Guns.com telling you about this?

Just as we appreciate the craftsmanship and engineering of firearms, the dedication service men and women give to their country, the beauty of nature as any hunter does, the warm feeling of a small town, we also appreciate the simple depiction of good versus evil or right and wrong within art. 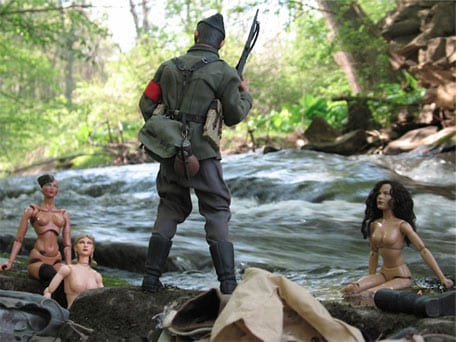 The documentary will be available on DVD on April 12 and Hogancamp’s narrative will also be available as a book sometime in the future. 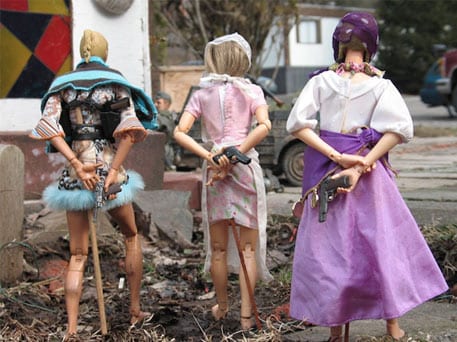