If you have a penchant for shooting accurately at longer ranges, you may be a bit of a gearhead, like me. I’m also frugal; I have plenty of expensive, finely machined widgets on my loading bench, but I don’t like to spend more when I don’t have to.  If you indeed posses these characteristics, as well as a rifle chambered in .223, you might be interested in an inexpensive and handy gizmo that competition shooters have been using for years.

Best of all for non-gearheads or those who just lack a mechanical aptitude, it’s got only one moving part. 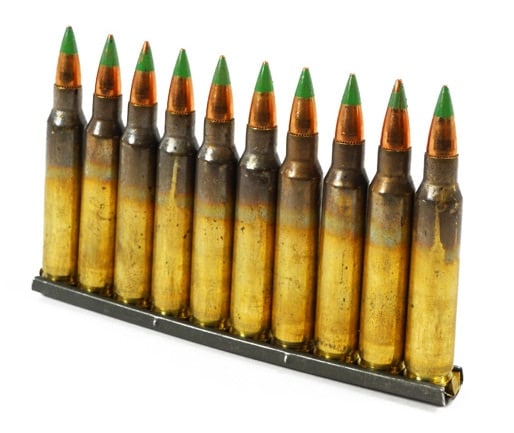 I know of a gentleman who pops prairie dogs at 500 yards with a .223, using 69gr Sierra Matchking bullets in a barrel with a 1:9 twist rate. That’s pretty much pushing the edge of the envelope for that combination, though Service Rifle competitors like myself routinely shoot the 5.56 NATO cartridge (the .223 in uniform) out to 600 yards. At that range, most of us use heavier bullets in faster twists; I shoot 75gr Hornady BTHP Match bullets from my AR-15 match rifle, which has a 1:8 twist rate. 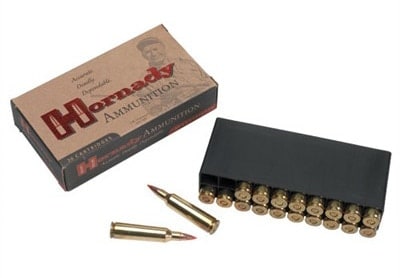 Most of us have given up on the 69gr bullet at 600 yards because of one major uncontrollable variable – the wind. The lighter the bullet, of course, the more the wind deflects it away from the target, and so heavier bullets equate to better accuracy (or, at least, to lesser sight corrections). If, however, you are using these lighter bullets, here’s the handy tool I mentioned: a wind calculator.

I also mentioned “inexpensive,” didn’t I? This calculator has no electronics, no batteries, no buttons, no complicated anything; it’s just two pieces of sliding cardboard and it fits easily in a shirt pocket, so you can take it out on the prairie with you. The caveat (there’s always a caveat) is that it’s intended to calculate sight corrections for the wind drift of standard NATO M855 Ball ammo, a 62gr bullet launched at 3,100fps, but my experience using it out to 600 yards is that it’s still in the ballpark for 69gr bullets, and even for 75gr bullets if we accept a bit larger ballpark. 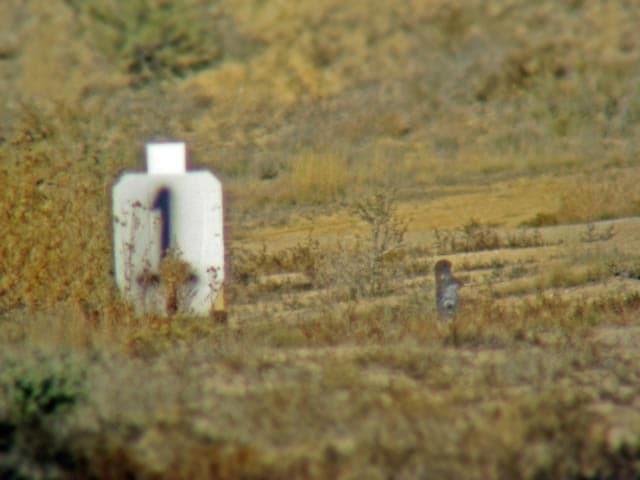 The M16A2/AR15 Service Rifle Wind Calculator is so easy to understand that it’s intuitive. You can figure it out in the first minute you hold it, and that’s pretty refreshing after a lifetime of puzzling over an endless succession of new electronic things. It’ll make you feel smart again and it works like this: 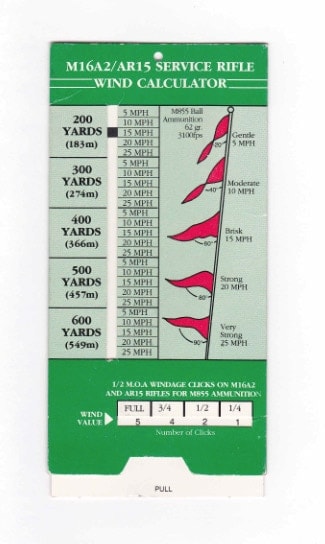 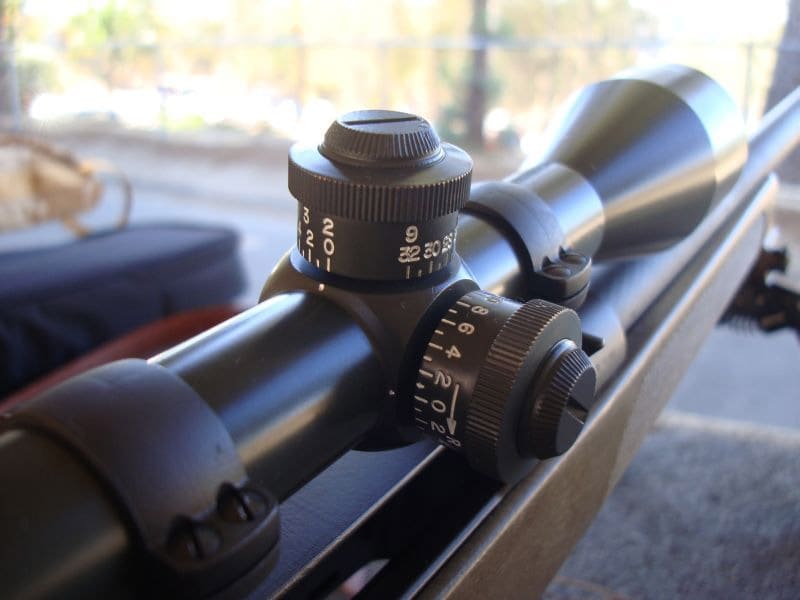 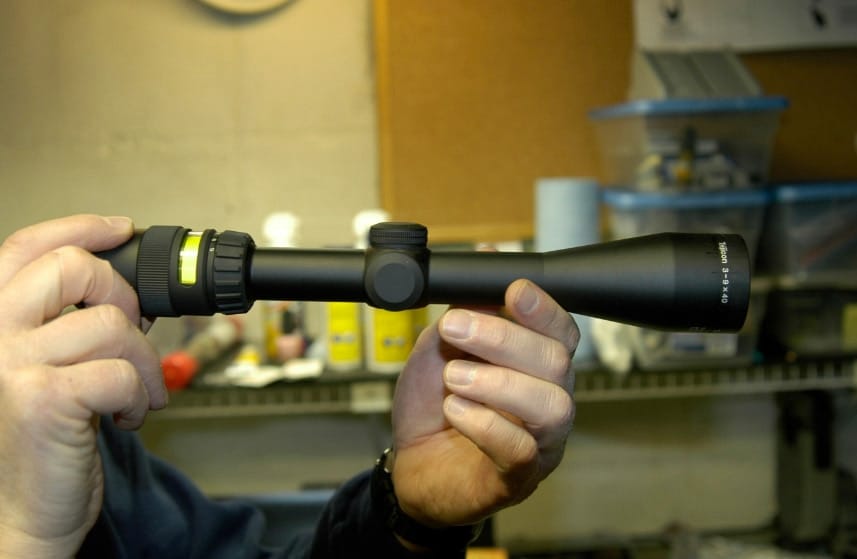 If you’re new to longer-range rifle shooting, here’s a little more info on using the WIND VALUE function. The WIND VALUE window is subdivided into Full, ¾, ½ and ¼ values. A “full” value wind comes directly from the left or right (90 degrees), a ½ value wind from a 45 degree angle, and a ¼ value wind from about 22 ½ degrees. This is important info because, of course, the less the angle of the wind, the less it blows the bullet off course, so the less windage you need to crank on to compensate for it. Looking at the “clock” illustration on the back of the calculator will help you with this, if you need it. In the clock concept, the shooter is in the center and the target is at 12 o’clock. The back also has some tips for estimating wind speed by observing dust, loose paper and trees, which is helpful when you’re at one of those prairie dog towns that doesn’t have range flags for estimating wind speeds, but it’s arguably of limited use if the range also doesn’t have trees. 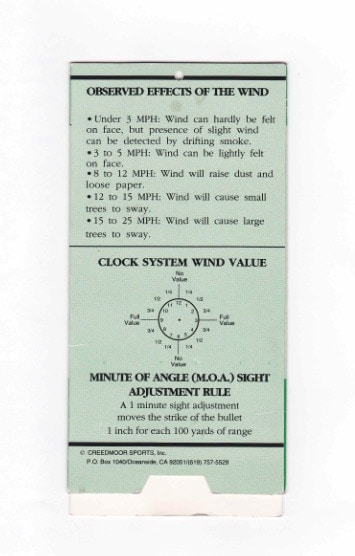 So, for example, if you know your range from the target is 200 yards and you figure the wind is blowing about 15mph, pull the slider to place the black mark in the 200 YARDS window at 15MPH (as in the photo of the front of the Wind Calculator above). You judge the wind is coming directly from the right, 3 o’clock, so you read your sight correction under the FULL portion of the WIND VALUE window, which is 5 clicks right on your ½ minute scope. If your scope has ¼ minute adjustments, it would be 10 clicks; for 1/8 minute scopes, put on 20 clicks. 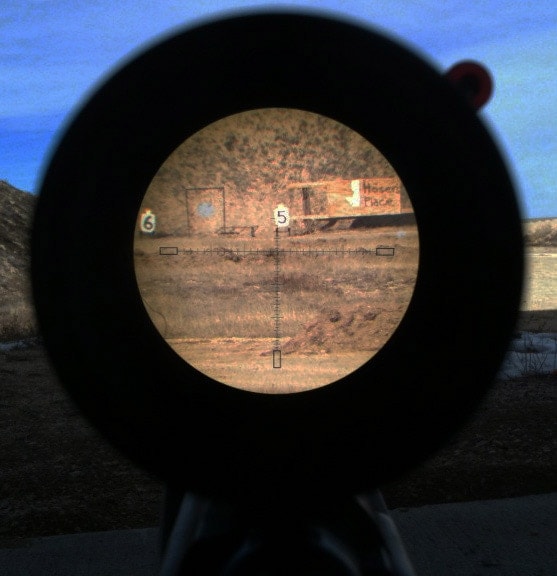 Let’s say the wind is almost, but not quite directly from behind you, just a little from the left. In this case, read your sight correction from under the “¼” portion of the WIND VALUE window and crank on one click left windage. 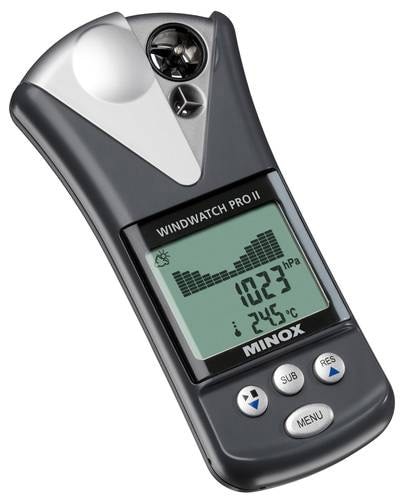 The wind calculator costs a measly $2.95 from Creedmoor Sports, Inc. That’s less than the cost of a day of “walking” shots into prairie dogs to find your windage. As an aside, if you want assistance in judging wind speed and you like electronic gizmos, try a hand-held wind velocity meter for about $100. I see them at Service Rifle matches, though I don’t use one myself – but I will when they make ‘em out of cardboard and sell them for $2.95.