It was the last day of the 2010 deer season and Wade Brockman found himself doing what he had done so many years prior—perched in his tree stand, gun at the ready overlooking his 800-acre Tomah, Wisconsin farm and waiting out those last precious hours of legal hunting time.  That year he never got the chance to fire his rifle—never even saw a deer—but, as the light dwindled fading another whitetail season to black, events unfolded that prompted amendments to world record books. 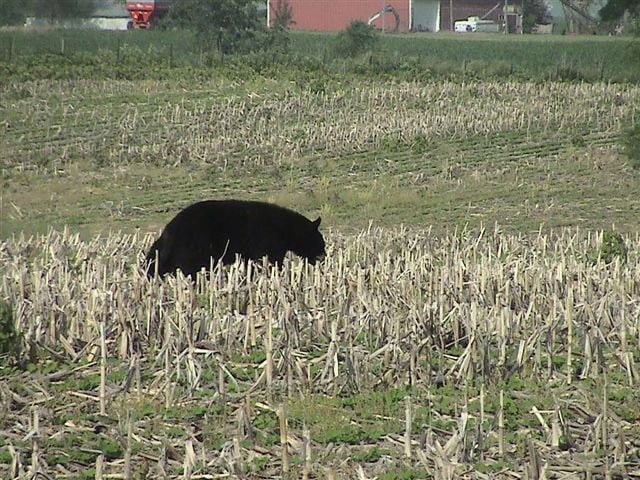 While Brockman was still on stand, a farm hand reported to him that he found a “large, dead animal” in one of the 35-year old cranberry farmer’s fields.  He wasn’t sure but put forward the mystery beast was quite possibly a bear.  Brockman later told reporters he was highly skeptical.  Bears are in short supply in Monroe County, and Brockman thought it likely he would walk up on the unrecognizable, possibly bloated corpse of a wandering cow—a decidedly more prolific land mammal in America’s Dairyland. 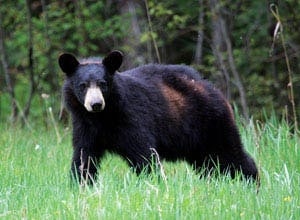 Be that as it may, walking onto the scene, the sight of what could only be a very large (and very old) black bear allayed all of his suspicions.  Upon further inspection, Brockman surmised the bear had been lying in his cranberry field, likely for months, exposed to the elements and providing a smorgasbord for hungry scavengers. The bear’s teeth were worn down to the gum line and decomposition had progressed to the point there was no way weight could be determined accurately. 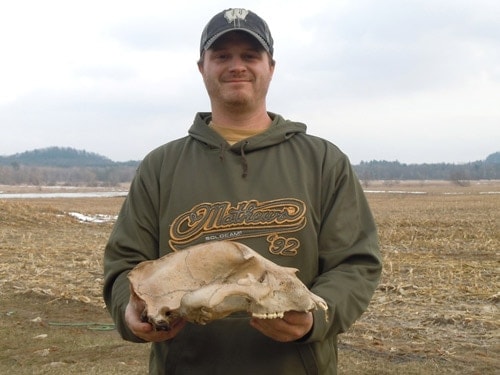 However, lucky for Brockman, the relevant data for bear records isn’t really about weight, it’s about skull measurements. A lifelong hunter and active in a number of sporting clubs, Brockman was well aware of this fact so he contacted the Wisconsin Department of Natural Resources to secure a permit to legally take the bear into his possession.

And last week, about three months down the road from the initial discovery, the skull was officially scored in Wisconsin Dells by a panel of members of the Wisconsin Buck & Bear Club, or so reported Steve Ashley, the sporting organizations director of records.

Based on its skull size, most estimates place the Brockman bear’s live weight north of 600 pounds and plans to list the goliath as the Wisconsin state champion are likely to unfold later this week.

“I’m a big shed antler hunter and spend a lot of time looking around the land. But I never would have imagined we’d find something like this,” chimed in Brockman.

So, how does the Brockman bruin come to bear?  According to the Wisconsin Buck & Bear Club scoring system, the bear’s skull topped out at 23 5/16 inches—a Wisconsin state record and if accepted by Boone & Crockett, third in the world.

Both the Wisconsin Buck & Bear Club and Boone & Crockett distinguish between “pickups,” animals found dead from vehicle collisions or unknown causes like Brockman’s bear, from animals taken during hunting seasons though the significance is relative. 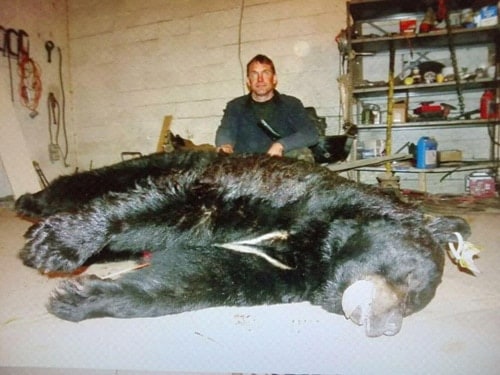 The highest scoring bear on Boone & Crockett for example (which scored 23 10/16) was picked up in Utah way back in 1975 though a controversial bear taken this year with crossbows in Pennsylvania’s Poconos Region is believed to surpass this. Cabela’s owns the Utah bear.  The Brockman bear supplants the old 2002 Wisconsin record-holder, taken by George Spaulding in Washburn County by gun and scoring 22 12/16 according to the Buck & Bear club. 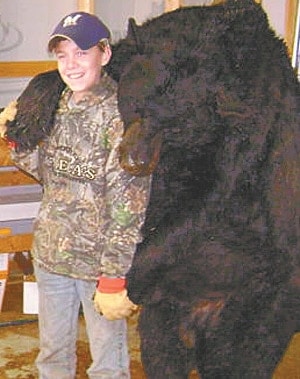 In the 2010 Wisconsin bear-hunting season, there were three verified and legal kills that weighed over 700 pounds. None of the skulls was as large as the one Brockman found.

In recent years black bears have become more widely dispersed in the region and with the southern part of the state reporting a rise in bear sightings.  Even Brockman’s bucolic neighborhood, consisting mostly of forests, swamps and farmland, practicing a culture largely focused on sustaining and harvesting from the land, has been set alight about the record setting skull. 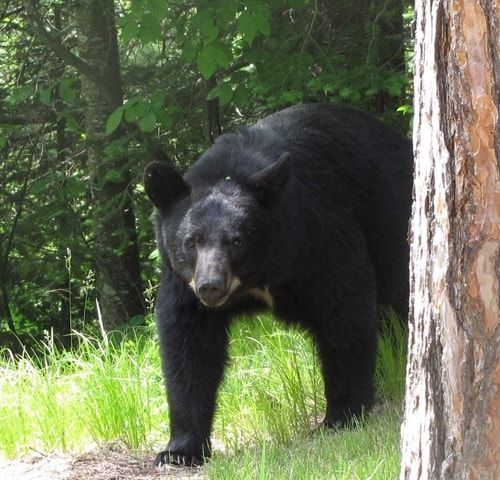 But what seems more enchanting to the largely rural community is that despite residing in an area that is well patrolled by game commissioners, hosting forests draped with trail cameras and hunters out walking the woods nearly 365 days a year the behemoth bear was able to live, presumably for years, undetected. “We have seen some smaller bears on the farm,” Brockman said, “But no one had seen anything this large around here, ever.”

“There’s a sense of awe that this big bear was living near us,” residents added. 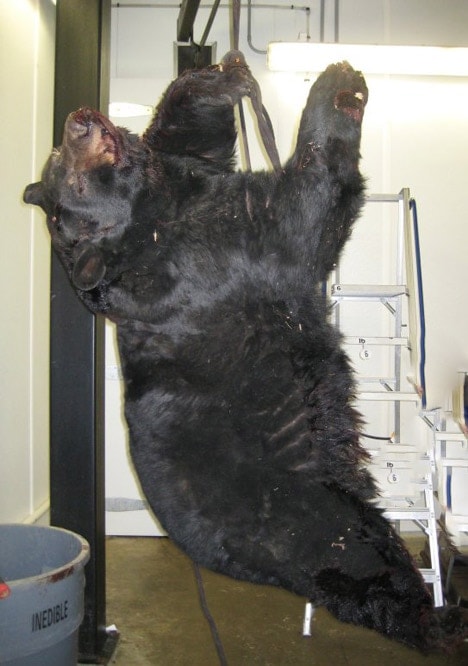 The old boar’s clandestine nature could very well be a testament to why the bear was able to grow to the size he did and why he died from natural—a luxury Mother Nature rarely affords wild animals.

During the 2010 Wisconsin hunting season, a record setting 5,040 black bears were taken in Wisconsin according to harvest records maintained by the state funded DNR.  Only three of these 5,040 legally killed bears weighed over 700 pounds and not one of the skulls even comes close to the specimen Brockman and company pulled out his cranberry bog last year.