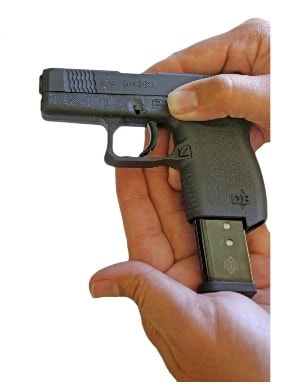 Guns.com doesn’t trade much in “cute.”  A puppy is a dog that doesn’t listen, a kitten is a cat that pisses wherever it damn well pleases and a baby’s just a person that can’t support the weight of its own empty head as far as we’re concerned.

No, “cute” has never been a featured player in our linguistic repertoire, but when we got ourselves a gander at Diamondback Firearm’s mousy new purse pistol, the DB9, even we, steely hearts, sordid histories intact, felt our scowls soften and crooked smiles open in a chorus of effeminate “awes.”

This petite treat has a dainty three-inch barrel and tips the scales at a mere 11-ounces—meaning it weighs less than a set of our of our office keys.  Also, drug problem and negligible English ancestry aside, it’s the veritable Kate Moss of the gun world, so skinny it practically disappears if you turn it sideways (no, we’re just being colorful.  It’s a lot better looking than Kate Moss). And somehow, some way, this little popgun still holds seven rounds of 9mm.

trolling the streets of ConcealedCarryland do these days—and having trolled down that block a few times ourselves, that’s just fine by us.

It calls a five-pound trigger (steel trigger that is with dual connecting bars) a safety, hocks something called a zero-energy striker as the means to muzzle recoil and uses adjustable low profile, point and squeeze sights because hey, let’s just call a spade a spade here, when you need this gun chances are the angels are gonna be the ones aiming it anyway.

What sets it apart though is the machining and when you start tugging on that thread, you realize the DB9 is actually one tough bitch in the end. Using the numerical technique of finite element analysis, Diamondback designed the DB9s slide and barrel to be at its core “more numerically stable” and thus more durable than its rivals. The slide, barrel, and internal parts also got a generous corrosion resistant coating.  Combine that with a lifetime of repairs and you’ve an heirloom in the making, now dontcha? 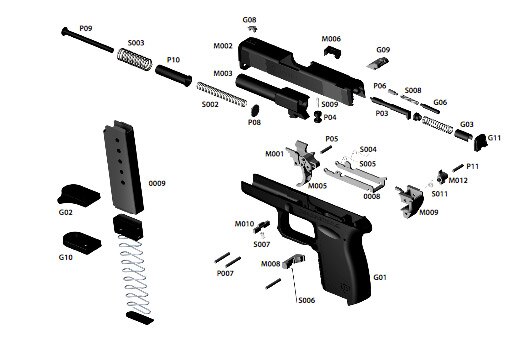 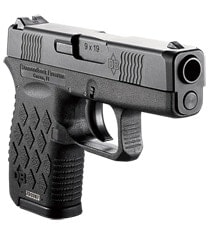 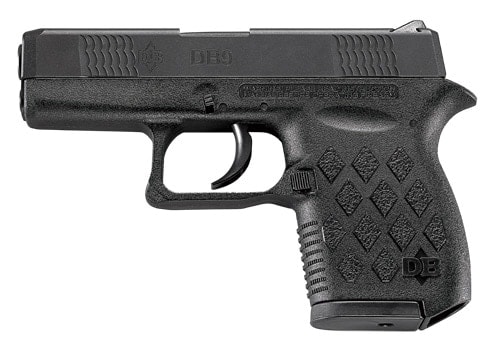