I have been shot four times in my life.  The first time someone shot me, I was eleven years old. It was when my brother, Mike, obviously upset over some purely innocent thing I must have done, unloaded a pellet round into my right kneecap. I have to tell you, that it hurt like crazy, but, lucky for me, old Mike was never a good pistol shot. He nailed me in the knee, but I think he was aiming for my head. 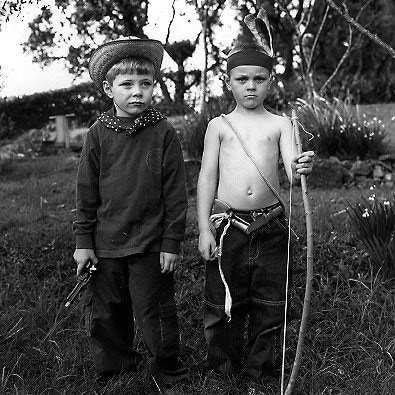 Fast-forward ten years, and the second time I got shot was in Southeast Asia, somewhere off of everyone’s walking-tour maps, but real close to the Burmese border. I hesitate to tell you what the six of us were doing there at that time, and, since it isn’t part of the equation, I won’t. I never saw who fired the round, or where it came from. All I know was that it so shocked my system that I quite literally froze in place, hardly moving, unable to comprehend what had just happened. It was as if my internal clock somehow stopped at that exact split second of time. If it had not been for the guys around me, I guess I would have hit the ground and died. 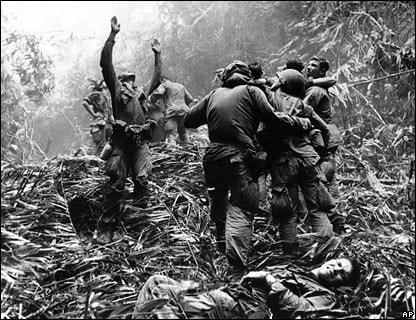 The other odd thing, after the guys around me sort of woke me up by screaming in my ears, was that an adrenalin rush washed over me, unlike anything else I have ever experienced. If you’ve ever done any distance running, you may know what I’m referring to. It’s difficult to describe accurately, but your body reaches a point, perhaps a place in your sub-consciousness, where internal mechanisms seem to take over, where endorphins come into play. For the runner, as an example, after hitting that invisible wall several miles down the road, and pushing through that unseen barrier, his or her body seems to go into a hyper-glide, what some have referred to as a “runner’s high.” You can hardly feel your feet touching the pavement, almost as if you’re floating above it at high speed, such a strange, yet exhilarating feeling. Well, for me, with that gushing wound in my stomach, I went into that strange hyper-glide experience, not feeling the pain, loosing sense of time and space, allowing the adrenalin to course through me, eventually getting me to a place where a helicopter took me away for treatment. 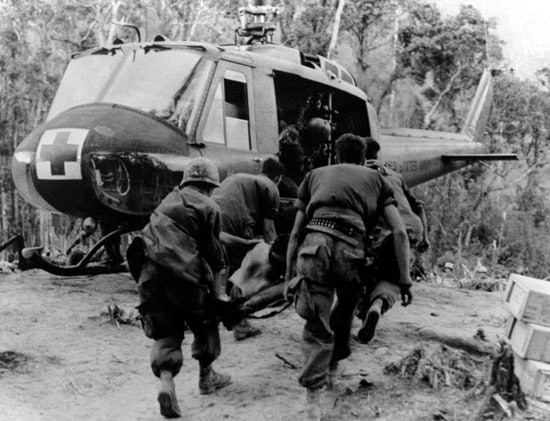 In an article appearing in the Ultrarunning magazine, Yiannisv Kouros, a well-known long distant runner, stated, “Some my ask me why I am running such long distances. There are reasons. During the ultras I come to a point where my body is almost dead. My mind has to take leadership. When it is very hard there is a war going on between the body and the mind. If my body wins, I will have to give up; if my mind wins, I will continue. At that time I feel that I stay outside of my body. It is as if I see my body in front of me; my mind commands and my body follows. This is a very special feeling, which I like very much … It is a very beautiful feeling and the only time I experience my personality separate from my body, as two different things.” 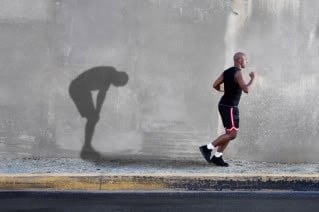 I clearly remember the long weeks of training at a police academy many years ago. During the discussions about what to do if you caught a bullet, it was drummed into our heads to, if at all possible, rebound instantly.  Fight off the urge to surrender to a bullet wound, get to your feet, and fight back. I think we all pretty much got the concept. There was something sorely missing, however. No one ever mentioned anything about the long-term emotional consequences of actually being shot. 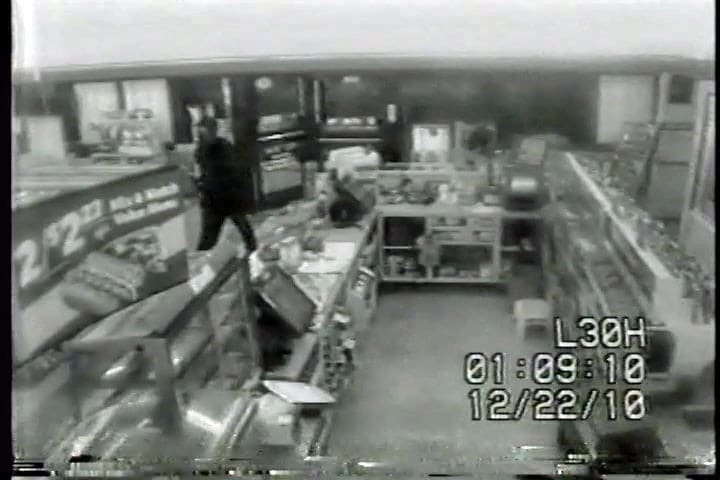 The second time I was shot, was in a 7-11 store in rural Virginia. While just coming off duty as a police officer, and walking into the establishment for a cup of coffee at two in the morning, I interrupted an armed robbery. During the struggle for control of the robber’s revolver, I was half-asleep and practically fell on top of the guy before I realized what he was up to, he managed to get a round off, which hit me in the upper left arm. The same adrenalin rush came instantly that time, and the poor guy had to be taken to the hospital because of three more .38 caliber rounds from his own gun. 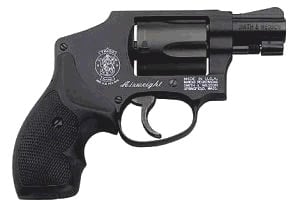 And a couple of years later I was hit again in that same arm, just a little higher than the last one, the result of a rifle round fired at close range. It was in a cartel area in the northern provinces of Colombia. We returned fire effectively ending the incident. It was nothing more than a grazing wound, and hardly felt, but it still produced those amazing physical responses in me.

The very last time I was hit the bullet was from an AK-47.  The round hit the top edge of the double trauma plate I wore over my body armor. There were some broken and cracked ribs that time, and severe contusions, but little else. The adrenalin return though was so exhilarating that time, that I hardly noticed the broken ribs until an hour or so after the fact.

We’re not talking about Mike nailing me with that pellet gun now, so, aside from the obvious, what common thread connects those other four shooting incidences? Well, besides the experience the rush of adrenalin, they all caused an emotional upheaval in me that was, at the very best, insidious. The trauma grew quietly inside me, effecting my mood and demeanor, pushing me to withdraw from family and friends, and hurting me physically, as I would often feel ill and unable to sleep.  I had nightmares when sleep did find me and they quelled any desire to communicate openly and honestly. It crept up on me and could have resulted in tragedy had it not been diagnosed and treated when it was: undoubtedly it would have ruined my life. Fortunately for me, there were professional mechanisms in place where those seemingly hidden issues were exposed and dealt with effectively. Other shooting victims are not so fortunate. 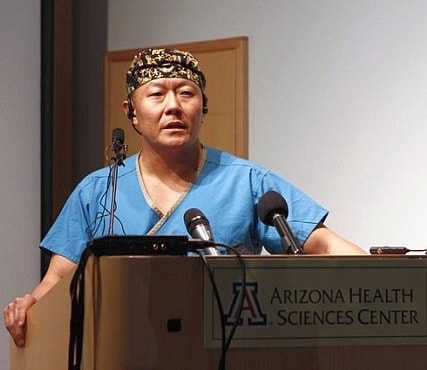 In January of this year, following the tragic shootings in Tucson, Arizona, Dr. Peter Rhee, the trauma director at the University Medical Center in Tucson, stated that doctors were beginning to treat the “person and the patient as a whole.” He went on to point out that doctors consider the needs of shooting victims far beyond just the physical trauma, including the issues of Post Traumatic Stress Disorders. “It’s vitally important to take care of these patients through the spectrum of the trauma,” he said, adding that, “emotional issues are very important to us.” 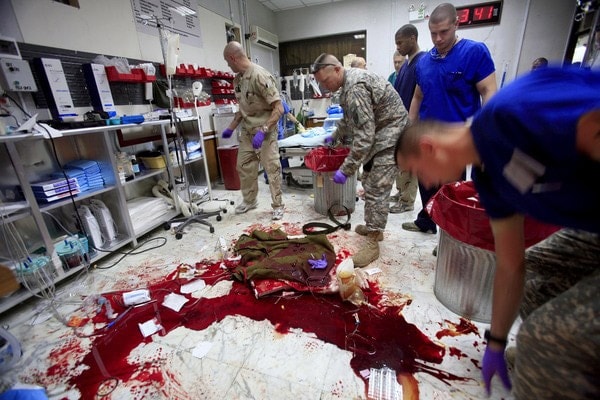 My examples may be slightly out of the ordinary, as the life I led prior to retirement lent itself to those types of traumas, but they are applicable to everyone involved in a shooting. If you are wounded by a gunshot (and it can be a minor wound, such as the ones I described) you will suffer consequences beyond the initial wound. There will be the obvious physical issues, but oftentimes the far more serious wounds are the psychological injuries you cannot see. Those are the ones, which can be so debilitating. 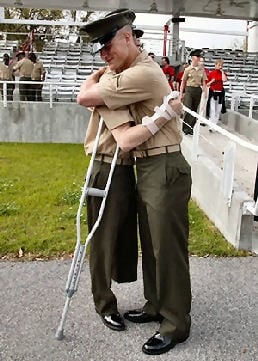 We’ve spoken before about how Post Traumatic Stress Disorders will very often be displayed by combat soldiers returning from places like Iraq and Afghanistan, or by law enforcement officers after they are forced into taking the life of a criminal. But what about those same good people after they themselves are wounded? Will they also suffer the debilitating affects of PTSD? The answer to those questions is a resounding yes. For anyone wounded in a shooting, or any victim of extreme violence for that matter—where our whole psyche is somehow shaken to the core, where there is a violation to our body—the specter of PTSD will be present, and it must be identified and dealt with as soon as possible. 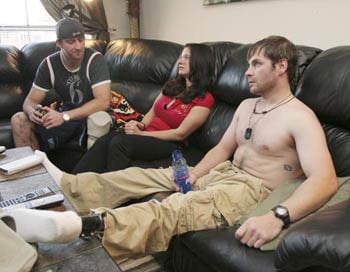 If you’d like to know more about treating PTSD or know someone who could benefit from it, you can get a good start here.