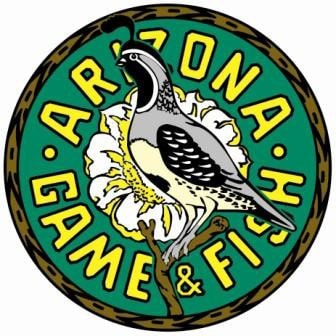 Last Wednesday, for the first time in Arizona Fish and Game Commission history, the state of Arizona witnessed game commission chair members vote to cancel a hunt due to the closure of privately owned “public access” land.

The fabled Chino Grande Ranch comprises nearly 50,000 acres of Arizona Game Management Unit 19B, just north of Prescott in the Big Chino Valley.  When spokespersons for the ranch informed the game commission that they would be enacting a moratorium on hunting while the ranch begins construction on a commercial solar power facility, the commission fought to justify keeping the GMU’s yearly antelope hunt open.  In the end they voted to suspend the 65 antelope tags for the area until further notice.

“This was a difficult decision made only after extensive staff input and a long discussion by the commission,” Commission Chair Robert Woodhouse told the press.

The Chino Grande Ranch originally told the Game Commission it would be out of commission for the 2010 season but logistics delayed construction until this year.

Graded blue-ribbon pronghorn habitat by outdoorsman, hunters and biologists, the ranch accounts for about 35 percent of the whole GMU extending from Interstate 40 to Prescott.  Brian Wakeling, Game and Fish game branch chief, fawned, “The antelope hunts in 19B are some of the most coveted in the state,” he said.  The GMU received a total of 4,780 applications for 19B antelope hunts this year. 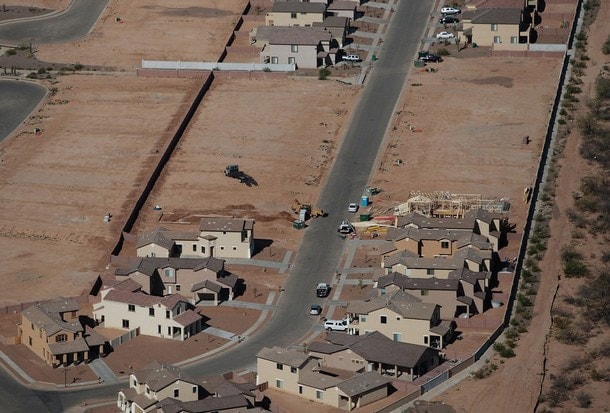 In the past decade conservationalists voiced concerns about rapid development in the southern portion of the GMU—mostly residential homes emboldened by the housing boom.  The Recession slowed progress considerably and, on the tail-end, the Arizona Game and Fish began a series of programs and partnerships to study antelope movement in the region.

Arizona Senate Majority leader Steve Pierce reported that the loss of public hunting access on private property—a relationship not unfamiliar in other states wherein the state and civilian landowners reach an agreement for public use of their land during hunting seasons—is concerning to him, though he appreciates an owner’s right to “post” their land especially under these circumstances:  plans for commercial construction on the ranch have been shelved for decades. 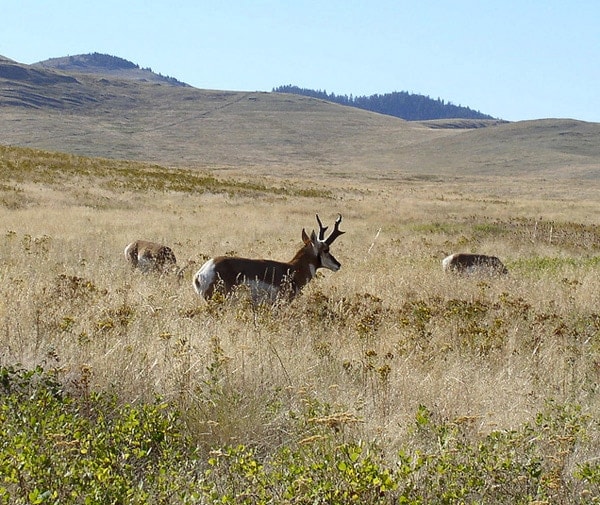 Back in 2002 Ranch Communities of America proposed a subdivision but withdrew their bid after public outcry.  The City of Prescott was in the market to buy the ranch in 2004 as the site for municipal wells, but traded down for a smaller property. 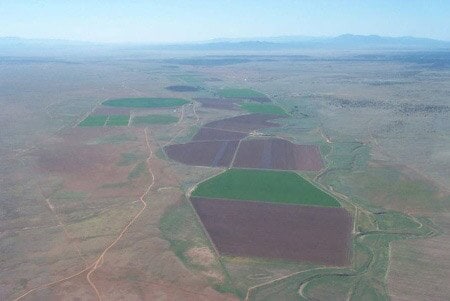 From a bird’s eye view the Chino Grande Ranch is actually a collection of ranches, the most famous among them being the CV and CF ranches.  A patchwork of private lands and state trusted lands, the private interest Chino Grande LLC, a Missouri limited liability group, has owned vast tracts of GMU 19B since 2006 and holds the lease on 20,590 acres of state lands.

Ranch co-owner Larry Geare did not discuss developments on the solar facility with the press and would not indicate the project’s size or number of partners (if any).  It was revealed however that the facility features photovoltaic panels that do not need the large amounts of water involved in operating solar thermal panels.  Though Chino Grande LLC has not applied for any state leases (that would allow them to transmit electricity off the property for commercial use) or a conditional use permit they have applied to the State Land Department for a road right-of-way across state trust lands (for construction vehicles). Geare said they plan on using a combination of private and trust lands for the project. 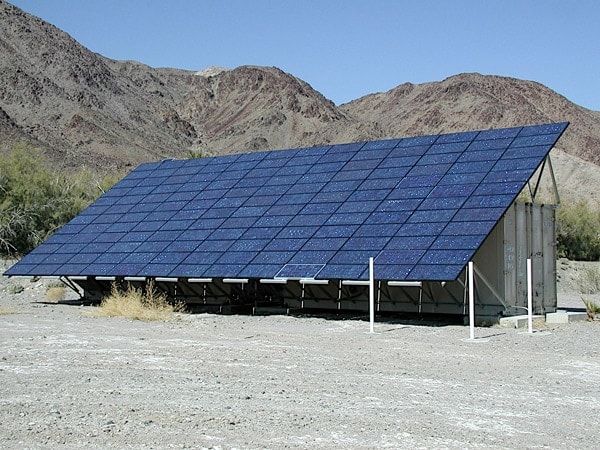 The location itself is still up in the air but will most likely be on a “77-square-mile” ranch where, Geare says, “The antelope will have plenty of room to roam.”

Lawmakers have said they plan to try to facilitate more meetings between the state and ranch owners to increase public access hunting land in Arizona.