A curious new pistol courtesy of our friends at Steyr Arms recently popped up on Guns.com’s radar.  It’s called the Steyr C9-A1 pistol, we know very little about it and it seems like Steyr wants it that way.  In what could very well turn out to be literal Chinese whispers, we hear tale that this gun is a special order for an Asian client and hence the understated announcement of its impending availability on the consumer market. 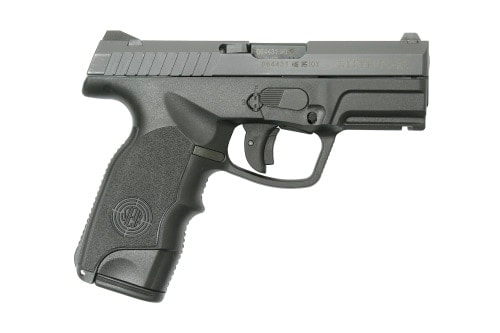 In theory and practice, the new C9-A1 is an amalgamation of Steyr’s M-A1 full-size series—pistols that regularly slug it out with Glocks for high caliber, 17 round polymer gun supremacy in LEO test trials both near and far—and the S-A1 compact series—a 3.6-inch long, not-quite-pocket appropriate concealed carry line perhaps equitable to Ruger’s SR9c with a pinky extender. 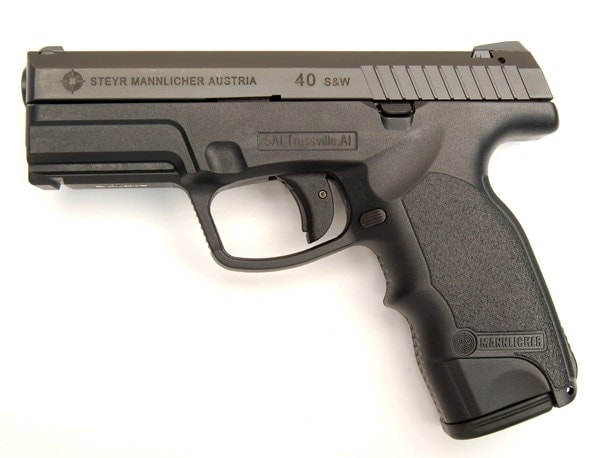 The design concept appears to be a strict hybrid of the two pistols and, on paper at least, the gun appears to be a weapon that doesn’t announce its intentions at first blush. Specifically “frankensteining” together the frame of the M-A1 and the barrel of the S-A1, the resulting gun will fit generously in the hand while still offering an abbreviated length—presumably more accommodating for waist or ankle carry.   To us it sort of sounds like some weird half step on the evolutionary ladder, like the full-auto version has fins and the concealed carry version has legs making the C9-A1 some sort of weird amphibious monster, suited but not ideally suited for either environment. 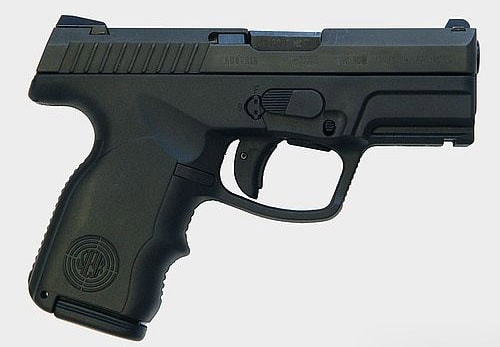 With a nice sturdy handle to grasp hold of, ergonomics on the C9-A1 will be greatly improved from the S-series—a near universal gripe when it comes to dinky CCW guns, Steyr’s attempts included.  The high grip and low barrel axis assuages muzzle climb and sets the point of aim at a natural angle in relation to the shooters’ hands.  Steyr will be chambering the new C9-A1 exclusively in 9×19mm (meaning this could be a really, really easy to shoot concealed carry option) and the weapon boasts the company’s double action only Reset Action System trigger mechanism, a development, which garnered a lot of attention back in December when the system got a highly touted tune-up.  This includes a pressure activated trigger safety and a keyed safety lock. 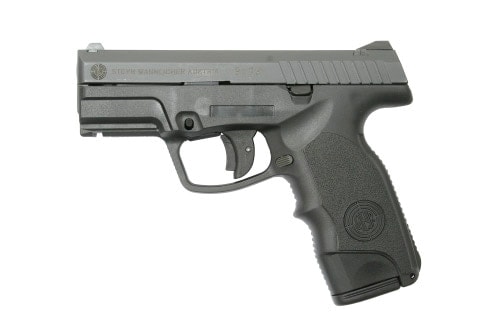 It uses three-dot, drift-adjustable sights and a Picatinny rail on the frame’s dust cover takes all sorts of light accessories and laser-aiming devices. The integrated trigger safety with the newly redesigned Reset Action System trigger requires positive finger pressure to operate the double-action-only mechanism. This striker-fired pistol also incorporates a keyed safety lock. The barrel is cold-hammer forged with conventional rifling, and the chamber is fully supported.

And, considering it’s a Steyr, the price is surprisingly humane, floating around $650.  You can check out more (and possibly put in an order for one) here.