It all happened during the 96th Sustainment Brigade’s 2009-2010 deployment to a town called Taji about 20 miles north of Bagdad.  The unit, fighting out of Fort Douglas Utah, had been tasked with the potentially gruesome order of picking up pieces of a freshly bombed supply depot.  It was a thankless job—an unsavory job—though nonetheless necessary and somewhat routine. 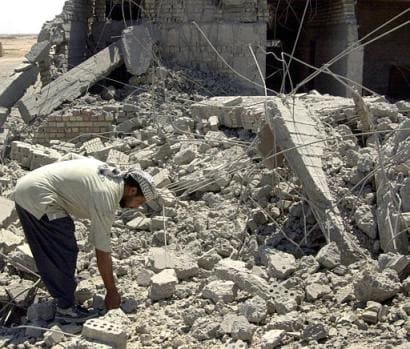 But as the unit set to work sorting debris and looking for survivors and casualties with the support of Iraqi military forces, they were shocked to uncover, buried deep within the rubble, a familiar symbol of American military might, especially for Utahans—a cache of World War II-era Browning M1919A4 machine guns.

Captain John Lovejoy of the 96th told reporters, “There were probably 15 or 20 of them.” The guns, not to be confused with the M2 or “Ma Deuce,” were used heavily throughout WWII and the Vietnam War as coaxial, vehicle mounted anti-aircraft weapons.  They were invented after WWI on request from General John Pershing who wanted a lighter, more durable and more portable gun than the water-cooled M1917. 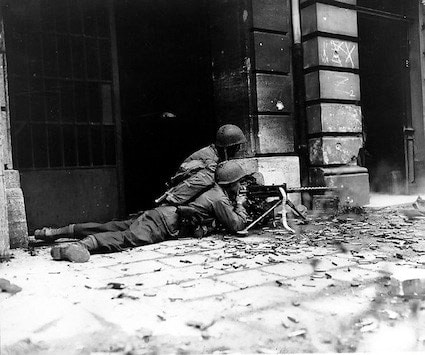 Reservists immediately identified the machine guns and almost just as quickly applied for permission from the Iraqi military to confiscate the guns. “Their goal was to bring it back to Utah” relayed Captain Lovejoy and, despite the fact that the legal process for importing a machine gun can be forbidding, the soldiers appear to have succeeded. 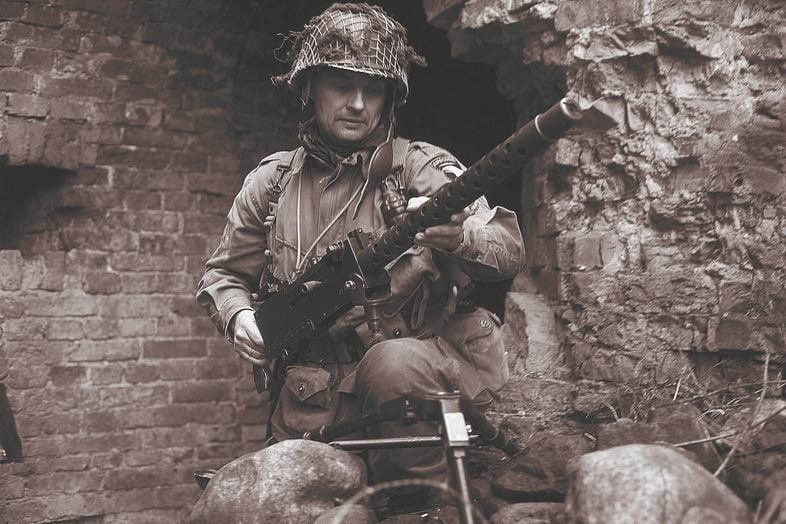 The guns were cleaned and “demilitarized” according to US law in Iraq and last month Diana Azevedo, who manages displays at the Browning Arms Museum at Union Station in Ogden, announced that they would be exhibiting the historic machine guns in the near future.  The guns will be showcased in the context of their discovery by US soldiers as a tribute to the men and women who went to extraordinary lengths to see these weapons acquired by a US museum. 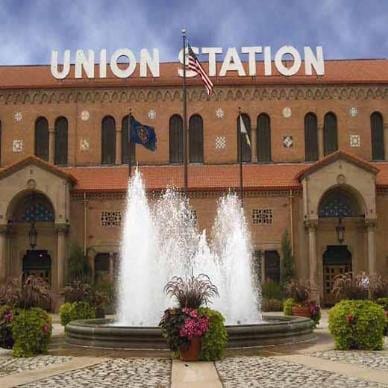 Odgen, Utah is of course the birthplace of both The Browning Arms Company and the company’s founder John Browning, making for what would otherwise be a storybook ending, save for one gaping hole—nobody has any idea how the guns ended up in a supply house in Iraq. 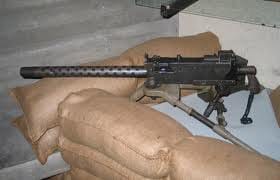 Following WWI, the machine-gun exported extensively, including to the British, who occupied Iraq up until 1932 but maintained a standing army in the country to protect oil interests throughout the coups of the 40s.  It’s clear from engravings on the machine-guns that they were made by General Motors at the company’s Michigan steering gear works. As researchers make plans to begin the laborious process of tracking the make and sale of the weapons, the cataloged serial numbers are expected to point researchers in the right direction. 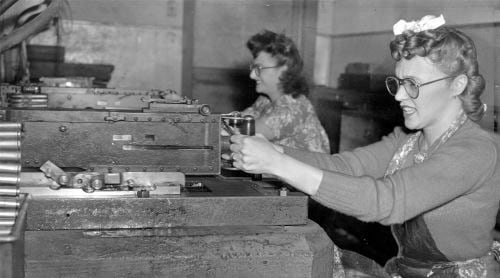