It’s fitting that Wild Bill Hickok’s gun would finally end up in the Adams Museum in Deadwood, South Dakota, the town where he was shot in the back of the head during a card game. The gun once drawn by Hickok today draws tourists anxious to see the firearm of a man called the “Prince of Pistoleers.” 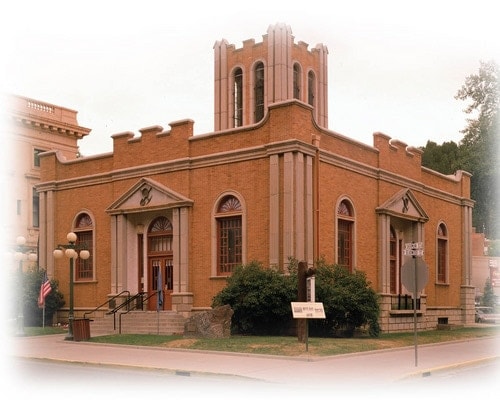 “We won’t fire Wild Bill’s gun off any time soon,” said Kevin Kuchenbecker, historic preservation officer for the City of Deadwood. “The gun is too valuable. We handle it carefully with light gloves only.”

An 1860 .44 caliber Colt Army Richards Mason conversion, the gun was part of a treasure trove of Hickok memorabilia that went up for sale at Little John’s Auction House in Anaheim, California in 2006. Kuchenbecker was given the task by city fathers of journeying to the auction in an attempt to buy the items and bring them back to Deadwood, the place most associated with Wild Bill.

“Hickok had this pistol in his possession when he was killed,” Kuchenbecker explained.

“The gun was passed to his friend Colorado Charlie Utter. It has had a number of owners over the years since.”

The collection was purchased for $225,000 and included the Hickok gun plus his holster and belt, a revolver owned by Utter, original Hickok photos, family letters between Hickok and relatives in the years 1862 to 1868, and an unpublished family history written by Hickok’s sister. 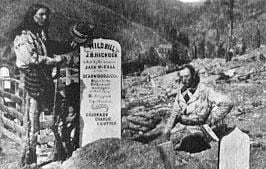 Hickok, who came to Deadwood in July of 1876 seeking to cash in on a recent gold strike, was neither happy nor physically well. Aged 39, his law enforcement career behind him, he was reduced to a gambler, occasionally accused of being a vagrant. He was having trouble with his eyesight, which may have been advancing trachoma or possibly syphilis. He had married a retired circus promoter, Agnes Lake Thatcher, the previous March, and was trying to raise a nest egg so he could settle down

He was only in Deadwood for three weeks. 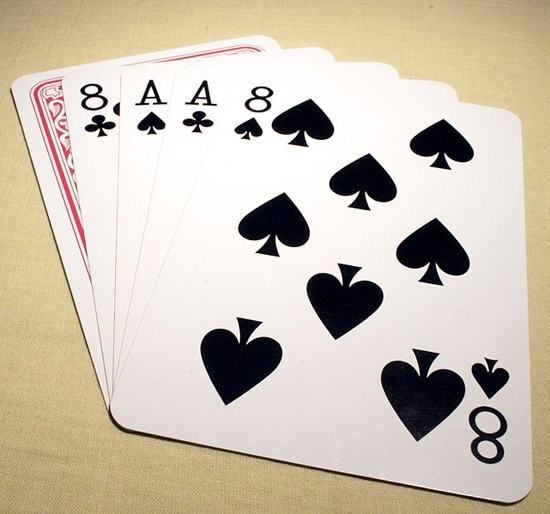 Shot in the back of the head on Aug. 2 by a whiskey-sodden drifter named Jack McCall while holding the famous black aces and eights that became known as “The Dead Man’s Hand,” it remains unknown why McCall shot Hickok. McCall claimed falsely that Hickok had earlier killed his brother, and Hickok himself stated just before his death that a group of gamblers in town wanted him dead, apparently afraid he might become marshal and clean them out. 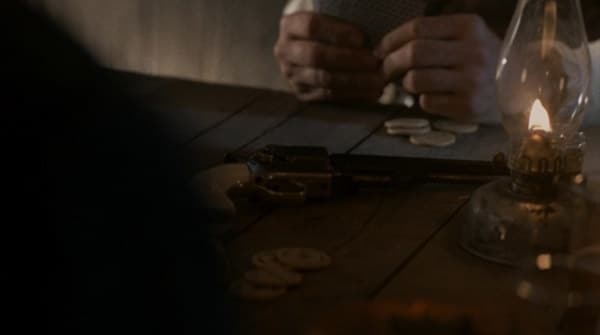 The likeliest explanation is that Hickok beat McCall at cards and took his money, then offered to buy him breakfast, an act of kindness McCall took as a humiliating insult.

Exactly when the Hickok gun was converted from a percussion cap and ball weapon to one that would hold metal cartridges remains a mystery. However, the best guess is in the early 1870s. At that time, two gunsmiths, Charles Richards and William Mason, had obtained patents to convert percussion pistols. Cylinders were cut off at the back and a conversion ring installed to allow the loading of metal cartridges. 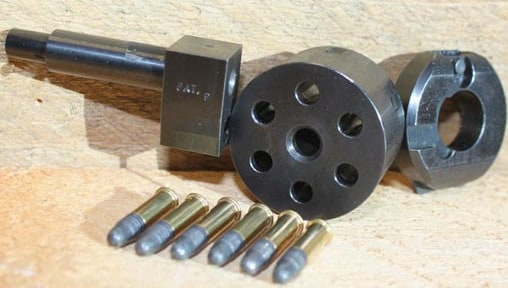 Conversion pistols were considered a stop-gap, the best that could be had until technology developed a new breed of cartridge pistols. The 1873 single action Army, to become famous as the “Peacemaker,” was the next step.

Wild Bill like other famous gunmen of the day was making the transition to cartridge-fired weapons when he was killed. In most of the photos in which he appears, he is seen carrying his favorite 1851 percussion Colt Navy pistols with hand-engraved white ivory grips. One of the guns is in the Gene Autry Museum of Heritage in Los Angeles, the other in the Buffalo Bill Museum in Cody, Wyoming. The pair may have been presented to Hickok for guiding a group of rich men on a hunting expedition, or by the Union Pacific Railroad for his services as marshal of Hays City, Kansas. 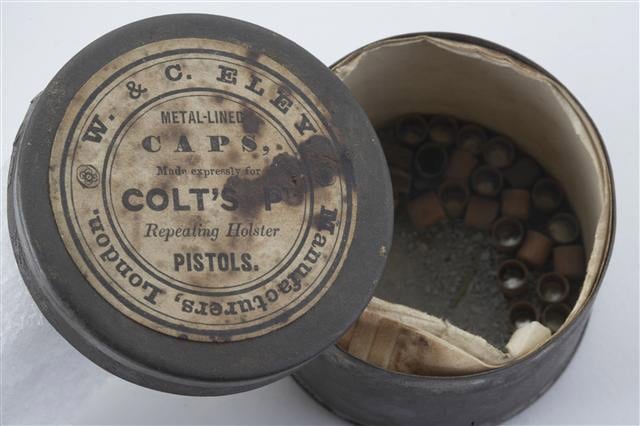 The Adams Museum Hickok gun has a plain un-carved walnut pistol grip. Its authenticity has been proven by documentation including letters from the Hickok family. Among other rare firearms in the museum’s possession is a Winchester rifle once owned by Calamity Jane.

“These are wonderful artifacts and you can’t really put a price on them,” Kuchenbecker said. “Tourists come to look at them. It’s a huge plus for us.”