ISSC-Austria, the only cats in the land importing and dolling out Glock-esque .22 long range M22B pistols, announced recently these popular little range toys are now legal in California and Massachusetts.

We say “Glock-esque” because aesthetics and what could be termed an illusory experience when firing the gun aside (the trigger pull and weight are said to be spot on with a Glock 17), the two handguns couldn’t be more different. 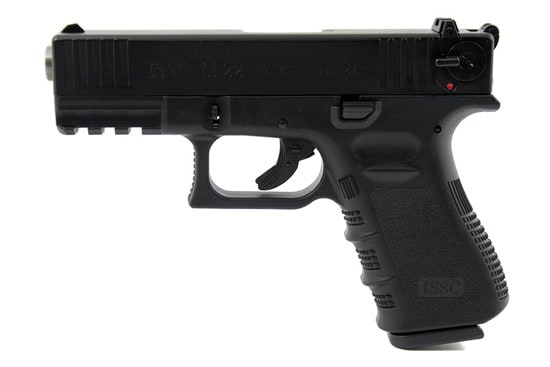 The M22 is blow-back operated with an external hammer (and hammer drop safety).  It also has a manual safety and a magazine safety—and it fires high-spirited .22LR.

What this adds up to is an acceptable facsimile of what could be the Godfather of tactical sidearms chambered in an inexpensive training round.   Need you any other reason? 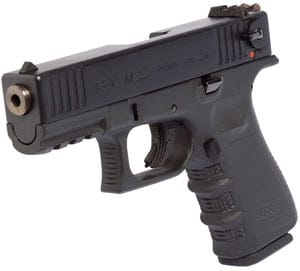 Walther manufactured the fixed barrel—in fact Walther employees are responsible for the whole line of M22s.

Presumably, ISSC modified these guns somehow and now they’re compliant and cleared for sale in both California and Massachusetts (though we have no idea what was changed or why and frankly don’t really care).  They cost less than $200—we’ve seen them going lately around $180. 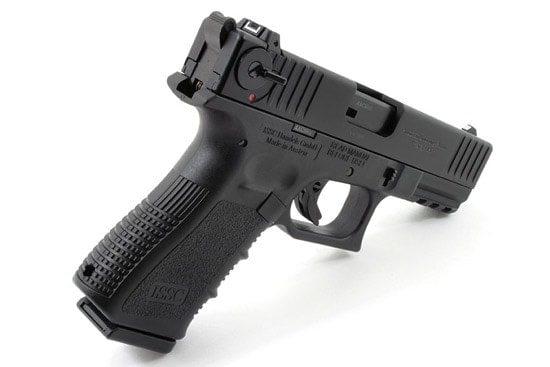