Guns.com did a piece on Alliant Techsystems Inc (or as they like to go by ATK) a while back in connection with their killer new XM25 grenade launcher. Well, the Minneapolis design firm sent us word earlier this week that they just landed a $65.8 million Engineering and Manufacturing Development contract from the U.S. Army’s Program Executive Office Soldier for the semi-automatic airburst system.

The contract details a 30-month extension on development of the weapon including but not limited to ameliorations to the design, its production, its integration with existing pieces of kit and endgame testing. The 30-month stead is meant to confirm the weapon’s final design is production ready and hits both the military and ATK’s performance requirements prior to fielding.

Bruce DeWitt is a Vice President and General Manager with ATK’s Advanced Weapons Division. He told us that “The XM25 provides the soldier on the ground a precision weapon to quickly and accurately engage targets behind cover or exposed targets, at ranges and accuracies not seen in today’s small arms.  A soldier using basic rifle marksmanship skills can effectively engage targets in less than five seconds while also reducing the chances for collateral damage.” 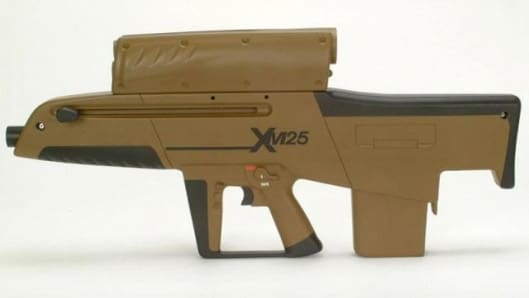 As we spoke on here, the Buck Rogers looking XM25 is in the simplest of terms a boxy-looking rifle that fires a 25mm airburst grenade rounds.  Through a complex interplay between targeting functions in the gun and a computer in the round, the XM25 gives soldiers the means to detonate explosives at essentially any location around a target while maintaining previously unimagined levels of concealment.

With readouts informing the operator of range conditions including wind and rain, thermal imaging capabilities, a full ballistic diagnosis and a laser illuminator/pointer/rangefinder, soldiers can master the weapon in about 30 minutes and fire it day or night in any environment. 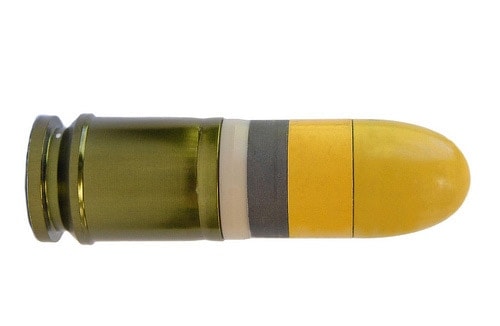 At this very moment, the US Army is fielding XM25 prototypes in Afghanistan in an “operational assessment.” This began back in November 2010 with the Army’s Project Manager of Soldier Weapons overseeing training with select units pertaining to the XM25. This is all military garble for, right now there are soldiers carrying XM25s on patrols at various combat outposts throughout Afghanistan’s embattled south.  Both the Army and ATK are putting a lot of stock in soldier feedback from these assessments.

The aerospace, defense, and commercial products company partnered and will continue to work with Heckler & Koch facility in Sterling, Virginia and L-3 Brashear near Pittsburgh, Pennsylvania in their efforts to complete the XM25 project. 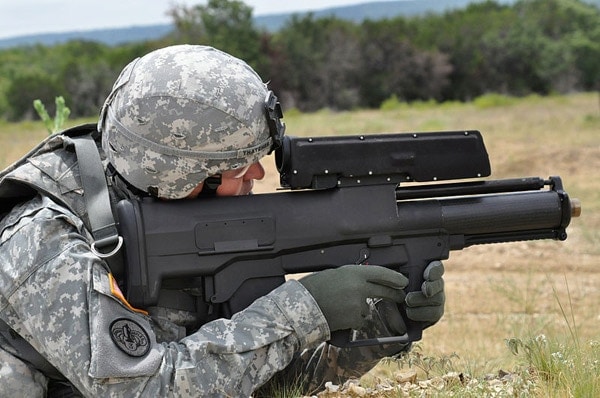