Steve Strand owns a RadioShack in Hamilton, Montana, the county seat for the state’s western Ravalli County and boasting a population of about 3,500 genial residents.  In his capacity as proprietor of a small town electronics bazaar, it falls upon Mr. Strand to cook up and implement his store’s marketing strategies.

Since October, the Hamilton area RadioShack has been offering customers who sign up for Dish Network packages a choice between either a Hi-Point .380-caliber pistol or .20-gauge shotgun from Frontier Guns and Ammo, another local store. 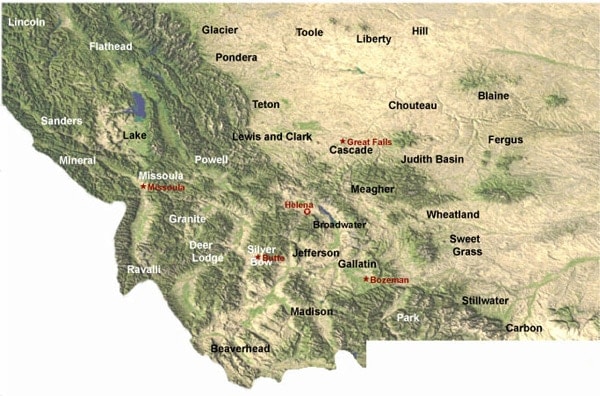 The effectiveness of Strand’s marketing guru-ness remained to be news however until this past Tuesday, RadioShack officials phoned Mr. Strand and ordered him to immediately drop the giveaway. Since that day and the forthcoming media onslaught, Strand’s gun giveaway has taken off like a Chinese firework.

“The exposure’s really helped us,” Strand said. He said he’s even received a couple of calls from people out of state wondering if they could take advantage of the deal.

RadioShack, however, is not interested in cashing in on the giveaway.  Eric Bruner is RadioShack’s director of communications, and in an email he wrote to the Billing Gazette, he stated, “This offer is not consistent with our recommended marketing practices for independent dealers.  We are in discussions with the dealer to end the promotion.”

Bruner was also quick to point out that Strand operates his location as an independent dealer and the store is not owned by RadioShack Corp—a distinction both sides of the conflict are clinging to as the story progresses because so far Strand has refused to kowtow to requests to flat out end the promotion on the basis he is not owned by the Texas-based enterprise. 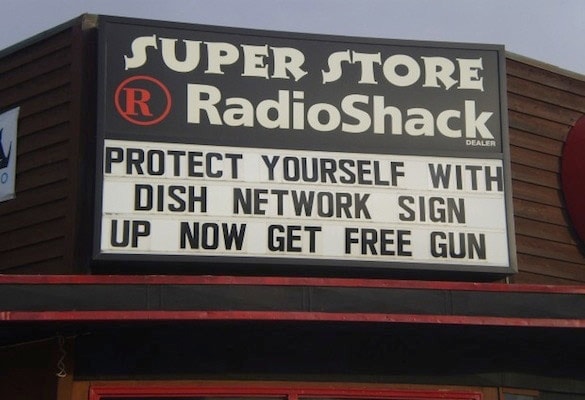 The argument that he is an independent dealer may take a backseat however to the particulars of the marketing protocol he agreed to under his contract with the company.  Strand has already replaced a sign that read “Protect yourself with Dish Network. Sign up now, get free gun,” with the Spartan getagun.net, the website Strand set up in connection with the giveaway.  This was possibly in an attempt to divorce the practical side of the promotion with supposed ideological ambitions and their use of the RadioShack name.

If the promotion is allowed to continue, Strand said he plans on lowering the qualifications for the free gun and singling out the Missoula market during the next round.   “We want more guns out there,” Strand concluded.  “I don’t think this is a negative impact. I don’t think they understand the way of life in Montana. I’m not doing anything wrong.” 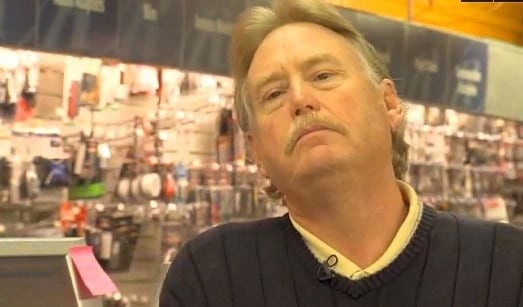 He continued, “RadioShack has taken the position that we’re tarnishing their brand image with the promotion. We’re not looking to give RadioShack negative feedback at all. They feel like maybe we’re spoiling their brand name. I think I’m bringing a lot of attention to their brand.” Those not interested in a gun also have the option of a $50 Pizza Hut gift card.

Strand later directly asked for help from watching legal resources: “I want some legal representation.  I think I’m within my legal rights as an independent dealer.  How can a corporate company come down and beat up an independent like me? I thought we were in America. Free enterprise.” 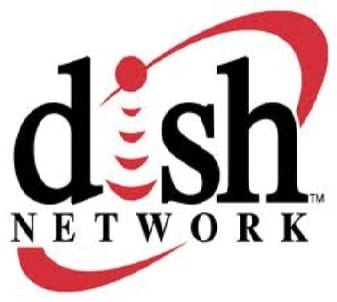 Strand said he hopes a high-powered lawyer will take his case on, musing to a sea of reporters about the big companies interest in such a small market, “Why are they picking on us?”

Since the story broke last week, Strand has been interviewed by CNN, the BBC and every outlet in between.  “It’s created a tremendous amount of activity here.”

Strand revealed to reporters he had planned on doing a similar promotion with DIRECTV to follow up with the Dish Network promotion but an email from DIRECTV public relations Department put the gabosh to those plans. 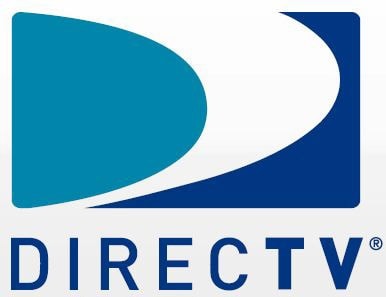 “DIRECTV is absolutely not following suit with the Dish Network promotion and immediately denied the request for such a promotion the moment it was brought to our attention,” Darris Gringeri, a VP with the company wrote. “I can assure you that Mr. Strand will not be offering this deal to potential DIRECTV customers.”