CZ–Česká zbrojovka–isn’t a common name in the U.S.  We think it has to do with diacritical marks.  They make guns, a whole lot of guns, but their products don’t get a whole lot of coverage outside of Europe and the Middle East, and even then, militaries and police agencies are more familiar with them than run-of-the-mill shooters. 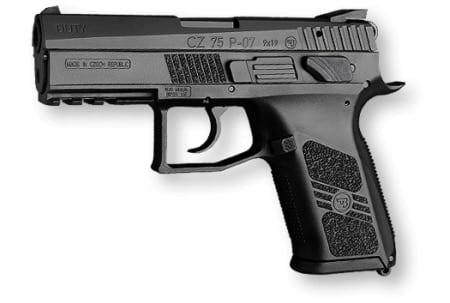 So when they put out a service pistol like the P-07 DUTY a few years back it wasn’t a huge surprise that people didn’t run out to replace all of their range toys and carry pieces with a recluse polymer pistol, especially one from a company who’s main claim to fame is steel frames (that rhyming is coincidental, we assure you). 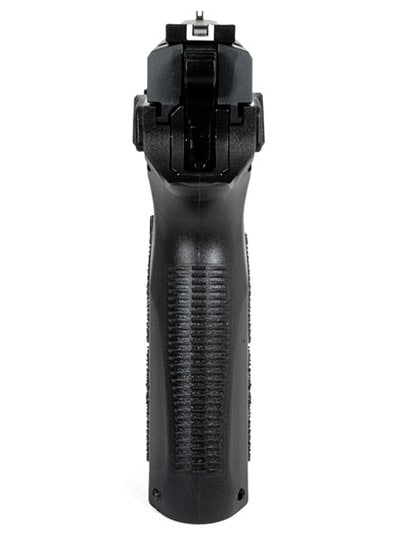 But not a bad-looking gun, right?  It’s a design that means business, no one can take that away from it.  Flaws have been spoken of though, primarily problems with the polymer.  The decocker lever is curiously flexible and so is the trigger guard.  The sights, while visible and easily serviceable, are also polymer. 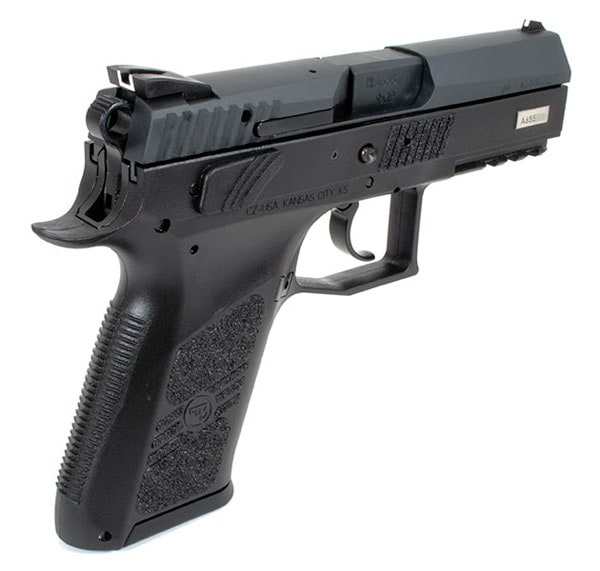 Um, but that’s it, really.  The grip is divine, and the Omega trigger is, and these are empirical terms, a million times better than the regular CZ trigger is out-of-the-box.  It’s the right weight, it’s accurate, and it’s cheap.

But besides the polymer not instilling too much confidence, some people just don’t want a compact pistol with a 3.8″ barrel and a 16-round 9mm magazine (12 in .40); that’s not enough for them. 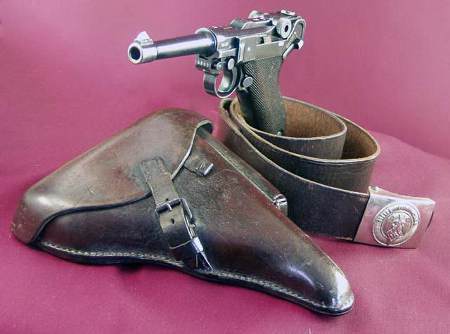 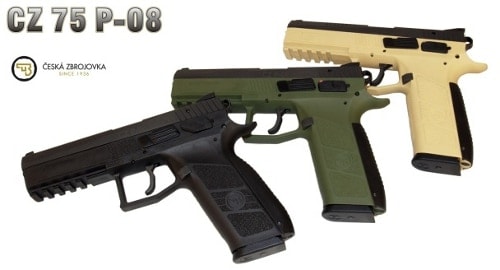 One of CZ’s test pilots put up what are, to our calibrated eyes, not-at-all photoshopped images of CZ’s quietly-announced full-size, updated version of the P-07 DUTY.

He claims that there are more changes than just lengthening the barrel.  Critically, a new polymer with a higher glass content is being used, and the trigger guard is thicker (supported by the photos).  Also, the P-08 has a longer grip and presumably higher-capacity magazines, although nothing is said about magazine interchangeability between the P-08 DUTY and 75-series pistols.  P-07 magazines aren’t, and CZ would benefit from letting people use the higher-capacity P-08 magazines with their P-07s–our bet is on this.  The sights are purportedly metal now, and the gun has interchangeable backstraps. 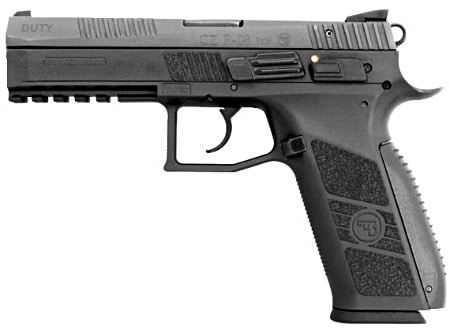 There’s some beveling at the muzzle of the slide and frame, a new style trigger, an accessory rail from here to forever, and even more cocking serrations.  CZ is still going with the Omega trigger system, which allows the shooter to switch out the decocker for a manual safety.  Availability’ll likely be in both 9mm and .40 cal.  And of course, lotsa different colors to pick from. 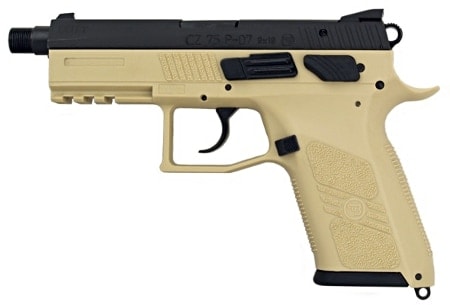 What might offend some johnny-come-latelies is that many of these changes are going to hit the P-07 line as well, although maybe not the interchangeable backstraps—but suppressor sights, threaded barrels, and a better polymer are all in the pipes. 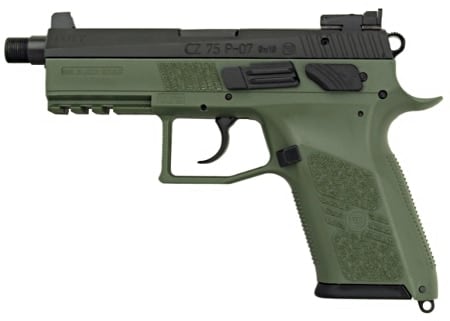 What we admire is that these changes are real fixes on the few shortcomings in the series.  There is bad news, notwithstanding of course that these are all just wild rumors with convincing photos, and that’s the rumor of about when we can expect them.  Third quarter 2011.  Late third quarter.  And not at all this year for ones in pretty colors–even if black is the new olive drab.

If you want to ogle CZ’s full line of products, you can do so here.