What's Your Local Papers's Stance on Publishing the Names of Concealed Carry Holders?

Last month Illinois Attorney General Lisa Madigan’s proposal to make the name of every legal firearm holder in that state public drew a great deal of attention and criticism. Madigan was petitioned last September by the Associated Press in their attempt to get the information from the Illinois State Police, but this is not the first time that a news agency has tried to gather and publish such information. In a disturbing trend in the last few years, several newspapers across the country have actively sought and in some cases succeeded in publishing the names of gun owners, even despite warnings from law enforcement agencies about the risk of such a bold move. It is no coincidence that many of these attempts have occurred what is commonly known in the media as Sunshine Week. 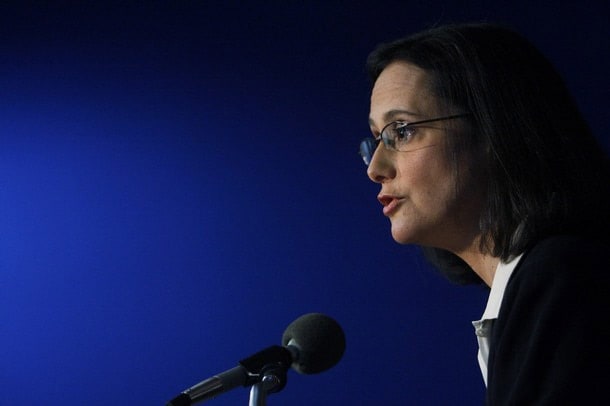 Sunshine Week was started in 2005 by the American Society of News Editors, but it had its origin in what was known as Sunshine Sunday that was launched in 2002 by the Florida Society of News Editors. Both were created in order to bring more access to government information to the general public. However many newspaper editors decided to use Sunshine Week, which starts each year in mid-March and coincides with Freedom of Information Day and James Madison’s birthday on March 16 as a reason to put the names of gun owners in print, all for the cause of public safety.

One of the very first attempts to publicly out pistol permit holders came from Christian Trejbal, an editorial writer at the Roanoke Times who in March of 2007 set up an online searchable database for all those legal and law abiding gun owners in the New River Valley. Trejbal even went so far as to say that the list was a “Sunshine Week gift” and stated, “I can hear the shocked indignation of gun-toters already: It’s nobody’s business but mine if I want to pack heat. Au contraire. Because the government handles the permitting, it is everyone’s business.” 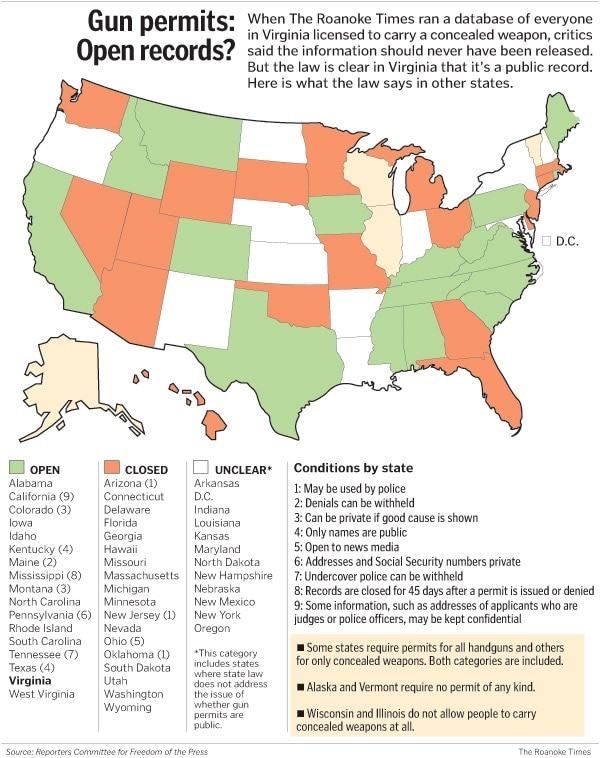 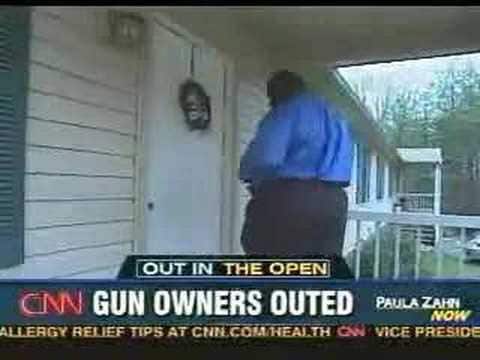 Trejbal even compared gun owners to sex offenders at one point: “A state that eagerly puts sex offender data online complete with an interactive map could easily do the same with gun permits, but it does not.”  Trejbal’s reasoning did not win the hearts and minds of local residents and the list was removed from the paper’s website under a barrage of public backlash. Yet despite the negative responses, newspapers coast-to-coast continue to push the issue and, in my opinion, gun owners pay the price. 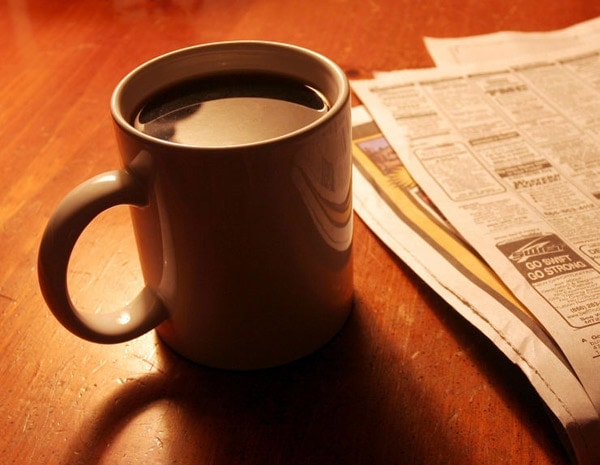 Imagine how the readership of the Sandusky Register in Ohio felt when on the morning of June 25, 2007 they opened the pages of the daily paper and found under the headline “Sandusky County Concealed Carry List” along with the nefarious sounding byline of “Concealed Carry: Who Needs to Know?” the names, ages, and addresses of the 2,700 gun owners. The local residents were again outraged by what they vocalized as the paper’s blatant disregard for the safety of gun owners. Two days later editor Matt Westerhold stated that it wasn’t anything personal towards gun owners, just that his staff was “taking a stand against government secrecy.” 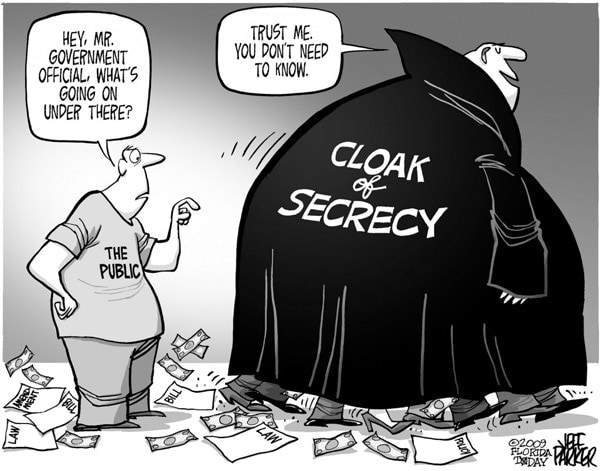 This seems to be a common battlecry among newspapers and their editorial staff, which also seems to be why several take the opportunity to launch such an endeavour during Sunshine Week. These editors all have one thing in common, that they all say that it is for the good of the public, and that it is about open government. 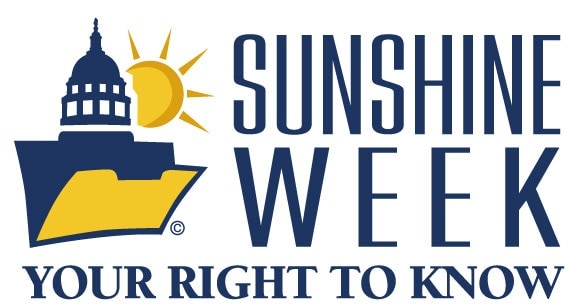 I became involved in this struggle when I learned that my own local paper, the Post Star was planning on releasing the names of the pistol permit holders for the three counties of it services to create an online searchable database so that typing in a name would give you a yes or no response if that person had a pistol permit. The county clerk of Warren County, New York refused to give them the names at first, even when the sheriff of Warren County said it was a public safety issue to make the names public.  Only after the public threatened The Post Star with a boycott did editor Ken Tingley back off and decide not to publish the names—but the issue has not died. At least once a year there is a call from those at The Post Star to make the names public, again all in the name of the public good.

I found nearly at the start of Sunshine Week in the editorial section of the Post Star an article entitled “State legislation would severely limit public access to gun permit lists” in which the Editorial Page Editor Mark Mahoney writes in response to the proposed legislation in favor of making gun owners information public that  “Only names, addresses and permit numbers are disclosed. So privacy is being protected. This is not a public safety issue. It’s an open government issue. The public has a right to know whether fellow citizens store or carry weapons registered by the state.“

In a comment made last month about open government, Mark Mahoney wrote “As for posting the information online, there is a legitimate value to that, such as making it easier for a parent to find out whether the neighbor’s house where their child plays might have a handgun inside.” In December, 2010 the Post Star’s Special Projects Editor Will Doolittle wrote the following “And we can do more to inform people about the presence of guns in their neighborhoods. We could, for example, require gun registrations to be posted as legal notices in local papers, the way foreclosures and other legal proceedings are.” 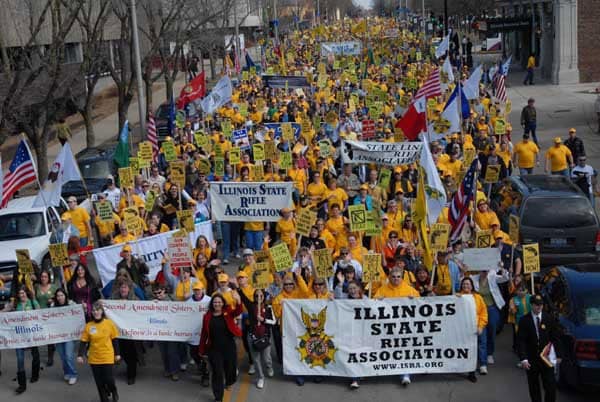 A call for open government or a risk to the safety of law abiding gun owners and their families? If this concerns you like it concerns me and you don’t want to see your name in print under the banner of public safety and open government, always stay vigilant and make it known to your local paper that you won’t tolerate any such move on their part. At the very least, know how they stand on the issue.  A newspaper’s life blood is its profit margin, and all of the papers mentioned threw in the towel, at least temporarily when the word “boycott” was mentioned.