A flashlight with a Picatinny rail?

The creativity with which people have been adapting forces to produce non-lethal weaponry will always astound us.  Sometimes it’s because of their genius, sometimes… Genesis Illumination has a plan to harness the awesome power of, well, flashlights.  But really, really big flashlights.  More like very small searchlights. 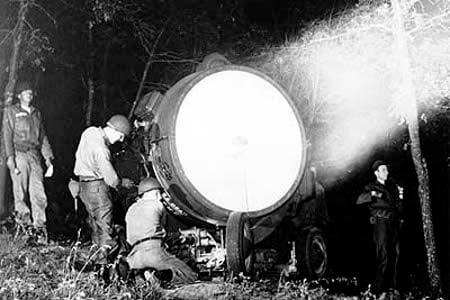 Their invention is called the StunRay and it uses a highly-focused beam of 5800 degree light at 85 watts (Scientific American mis-quotes it) which temporarily causes you to go a little snowblind through contrast sensitivity.  It’s like staring at the sun before stepping into a Port-O-Potty; neither part’s extremely pleasant and the combination of the two spells disaster.

The beam of light can be focused between one and ten degrees and according to Genesis, can be used to read a newspaper from a mile away.  This raises the question, where did they find a newspaper?

Also at one mile, it’s bright enough to act as an infrared intensifier, but its effective “suppression” range is 150 feet or less.  It will run for one hour on a charge. 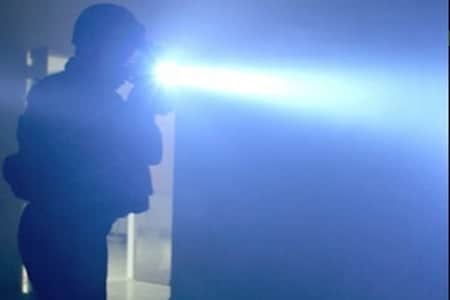 This is something police officers have been aware of as a very real deterrent since they discovered hovering that Maglite in car windows.  And like an aircraft-aluminum flashlight stuffed full of D cells, I would absolutely hesitate to be clubbed with it. 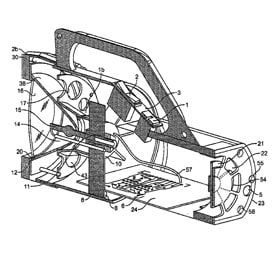 All that said, the StunRay does stretch the definition of stun as far as it will go, short of also being a megaphone with pre-recorded messages like “You have a tumor.  It’s probably benign but we’ll do a biopsy on it just to stay safe,” “It’s not working.  She just doesn’t love you any more,” or “I’m sorry to inform you, your parents were misplaced during their transfer at Dallas-Fort Worth.”

But this is America, and if something’s worth doing, it’s worth doing big.  Check out this guy totally tripping after getting lit up with the Stun Ray.  Duck and roll, duck and roll! 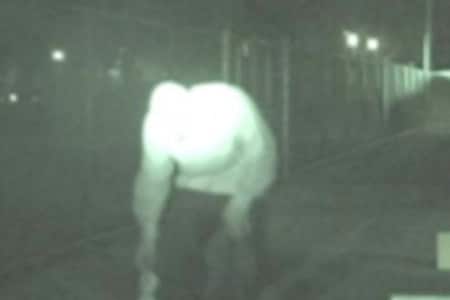