If someone was to ask an exotic game hunter to explain exactly what is the differences are between, say, a big ol’ whitetail buck and an average-sized Common Eland, what would his answer be?

Well, he might start with the fact that on average, a typical full grown male eland has just around 1650 pounds on a large male white tail deer.  He might add that the Common Eland stands about 6 feet at the shoulder, and that both male and female eland sport three foot long spiral horns, horns that they will turn on careless hunters.

He would definitely have more than a few things to say about what kind of gun he would recommend to take one of these magnificent animals down cleanly, and then – if he liked you – he might recommend one of the many hunting resorts to be found in the United States where eland, gemsbok, aoudad and other exotic game can be hunted. 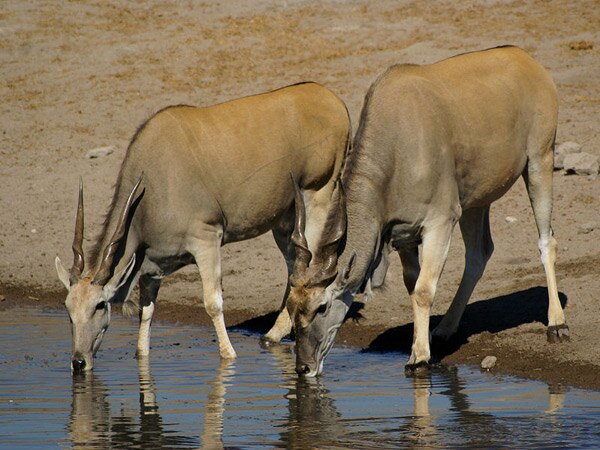 Elands are Africa’s largest antelope where they are both hunted and farmed for their meat. Due to their hardiness, and ability to live on very poor vegetation they can survive in conditions that might test other herbivores and they thrive in South Texas, where they are bred for conservation purposes as well as hunted by those who relish a challenge.

Jason Mitchell is a Wild Life Manager on an exotic hunting resort in south Texas. He acts as both guide and back-up gun for hunters looking to stretch their skills to encompass game native to the Dark Continent. “The main thing is having enough gun to kill them,” he said. “Shot placement is very important and with things like the eland, the gemsbok or zebra you always need to use at least a 30 caliber gun. For the eland a 3.75 and above is preferred, just because they are so massive. They are going to be weighing 2000 or 2500 lbs on the hoof, and that is a lot of animal to kill with less than a 3.75.” 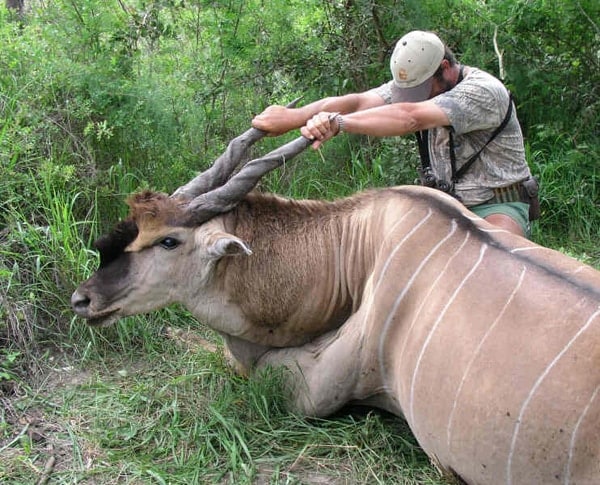 According to Mitchell exotic animals offer challenges that can test even the most experienced hunters. Eland, and other exotic game such as gemsbok and sable, are skittish despite their bulk, and can be dangerous if not treated with respect. They are also immensely strong, extremely shy, and completely capable of vanishing in seconds into scrubland in a way that is baffling to behold. 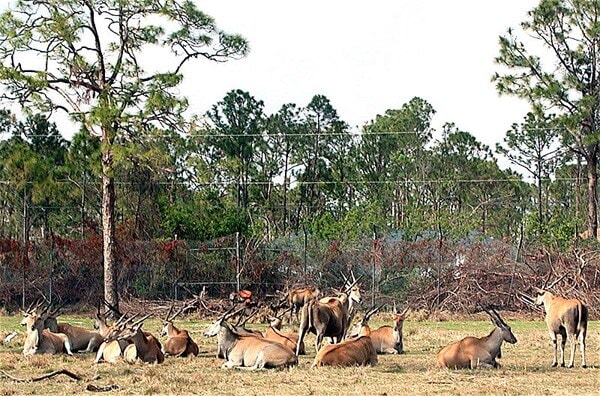 “They can be dangerous if they are wounded, they have a temperament like any animal you shoot,” Mitchell explained. “A lot of the time if you don’t knock them down and break both legs, or get a shot on them, they will go a long ways.  They are so massive, the fat inside of them will close the hole up, so you will lose a blood trail – so it is better to knock them down right there, and not have to track them.

“Bolt actions are good, much better than single shots. A double rifle would be ok – because you can shoot both barrels really quick, but single shots are no good – it takes so long to reload, and get a second shot.”

Eland are impressive in size and strength but for animals that truly test hunters tracking skills according to Mitchell, there is nothing quite like hunting Aoudads, also known as a Barbary Sheep. Aoudads are also very well suited to relatively waterless terrain. They are intelligent, tough, and apparently very sneaky, and there are small wild herds established along the Canadian River, as well as along the Texas/New Mexico border, the Edwards Plateau, Trans-Pecos and the Rolling Plains. 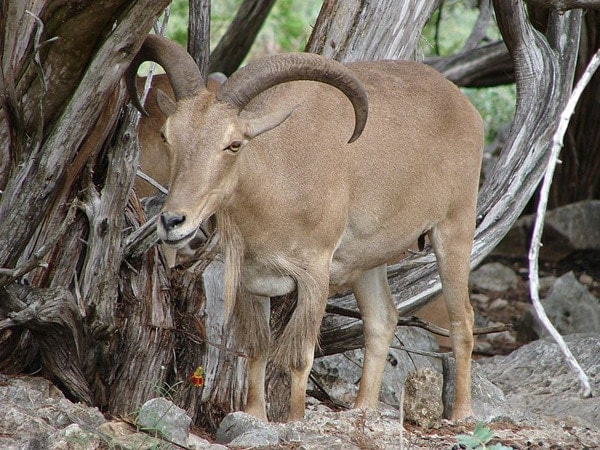 “Their natural instincts are that they stand still when there is danger, so if you are just scanning the brush or whatever, they won’t move,” explained Mitchell. “It is hard to pick them out and that is just one of their defense mechanisms. But I had a guy who came hunting with me, just to see what kind of animals we have here to hunt, and a few times we had an aoudad within 20 yards of us and to see one up close – right in front of us – he loved it. He booked a week in April – he is going to stay until he kills his animal. He enjoyed it that much.” 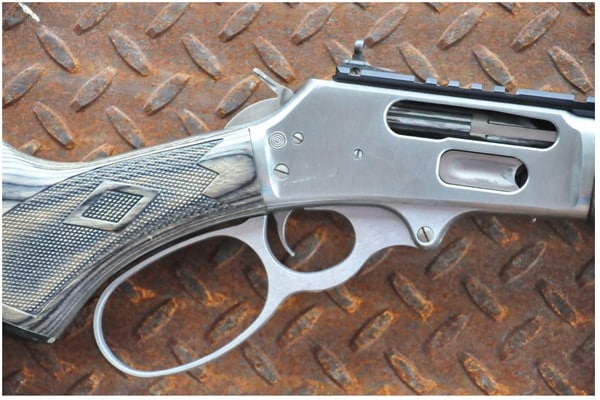 “The most consistent gun that always seems to shoot good would be a Remington Model 700,” he said. “And then there is the Thompson Contender. Those two guns always seem to be accurate right out of the box. Any type of hunting that you do you need to have a gun that you are comfortable shooting, and is consistent because first and foremost you don’t want to just wound the animal, and secondly you want a gun that will perform well in all kinds of climate change. It’s important to have a gun that can deal with all of those – that is the main tool for success – and if you are shooting with a scope, your optics. It is that combination that gets you your final result in your hunt.”