Matthew Carmel caught up with us and has a few things to say at the end.

Not everyone can shoot well, that’s just a fact of life.  Some people have bad grip techniques, some have limp wrists, some grab the trigger with whatever part of their finger gets there first.  But for people with physically compromised manual dexterity, they can’t shoot at all.  Palsied, arthritic, or just old hands can have problems with pistols.  Which got Matthew Carmel thinking. 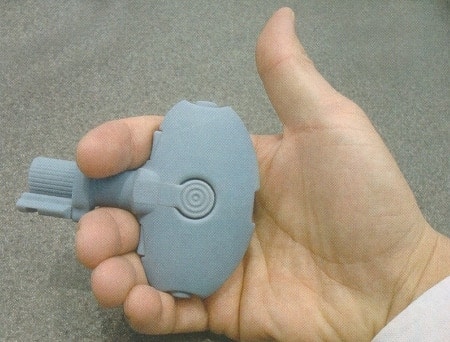 The Constitution Arms Palm Pistol went from funny idea to prototype back in 2008.  The idea was to make a pistol that was vertically and horizontally symmetrical, a gun that could be shot by either hand, even if it was held upside down, and have the trigger actuated by a thumb, not a finger.  It’s also light, at only 13oz. 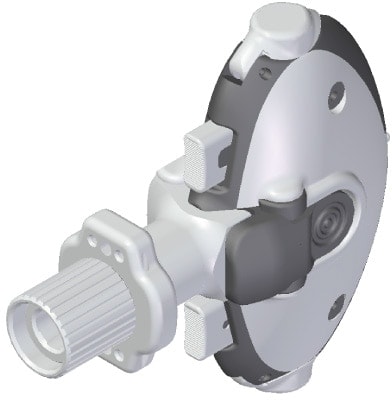 Early designs were promising and to make sure that its availability was selective, Carmel sought out the FDA.  At first, the FDA was on board.  They had registered it as a medical device: a prescription pistol, partly to allow federal and private health care dollars to cover the costs of their purchase.  Carmel blew on the press fires and sent out press releases to bring attention to his device, and presumably, start-up money. 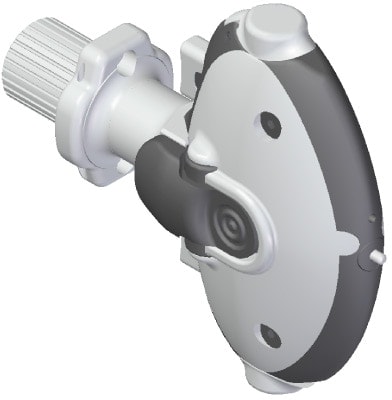 But that also drew negative attention.  The Brady Campaign issued a press release of their own, to which the FDA responded they had not approved the device and refunded Carmel his fees.  Although not dead in the water, the Palm Pistol was greatly set back.

After a couple of SHOT shows, the Palm Pistol has received a little help from the gun manufacturing industry, and is finally getting some real production tests going.

Originally designed around the 9mm cartridge, this latest design holds a single a .38spl round.  The independent finger safeties, symmetrical design and thumb triggers are all the same.  Gone from the original design is the Picatinny rail (what?!).  Not sure if the striker indicator is still there, but we doubt that would go anywhere. 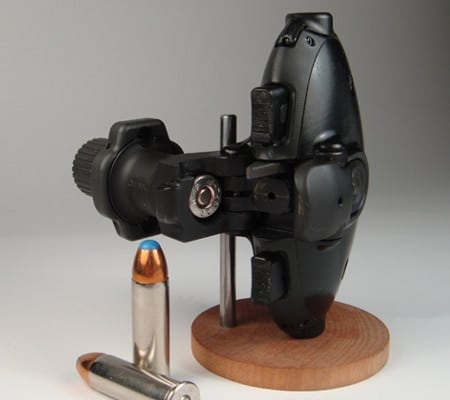 Also, Carmel’s been working on a side project: premium ammo.  While it doesn’t make sense that regular, short-barrel .38 bullets wouldn’t work with this single-shot hold-out pistol, it does make sense to convince people that special wadcutters are actually worth $5 a piece. 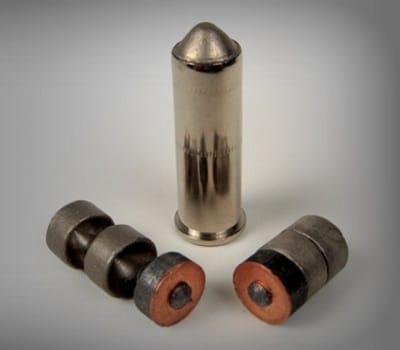 Which is what the Tri-Plex cartridge costs, or rather, $30 for six.  Yes, it is an interesting design, a three-section wadcutter that smashes apart on impact, essentially a 158-grain frangible round, which agreed, is terrifying, but at that price it would help if there was still an option for co-pay. 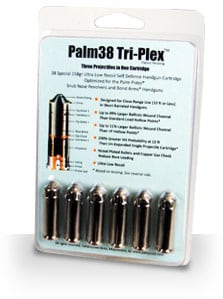 The gun still has opponents, but don’t they all?  People who don’t like this particular firearm do so because it doesn’t look like a firearm.  Instant assassin’s tool.  But that doesn’t hold water.  Anyone can make any pistol look like a jacket, here’s how: hold it under a jacket.  No, the Palm Pistol isn’t going to hold a special place in the hearts of American criminals.  But it might make your grandmother a whole lot safer.

“I have received absolutely zero help from the gun manufacturing industry. Everything that has been achieved has been by me alone with contracted experts.

“The Picatinny rail is still going to be an option as will a thread protector. The rail mounts on the front of the handguard.

“Yes, the Tri-Plex is expensive. But this is because it is hand loaded, not mass produced by machine. The load requires a very precise measurement and this can only be achieved by hand. It may be possible to mass produce this in the future but it will take significant tooling research and cost due to the multiple bullets and sensitive load.

“I am hoping for manufacturing this year but I am in the very difficult financing stage. I am close but it ain’t over ’til the fat lady sings.”

We’d like to thank Mr. Carmel for his additions, and Matt, we wish you the best of luck.