“Seven minutes until the permit results are up,” was the first thing my husband, Matt, said when I walked in the door. He sat on the couch, laptop propped on his knees, staring at the screen. Apparently he wasn’t the only one.

Five minutes later, all hell broke loose when the Alaska Department of Fish and Game (ADF&G) site crashed. Matt’s cell phone started blowing up with calls and text messages from friends trying to figure out who drew permits and who didn’t. 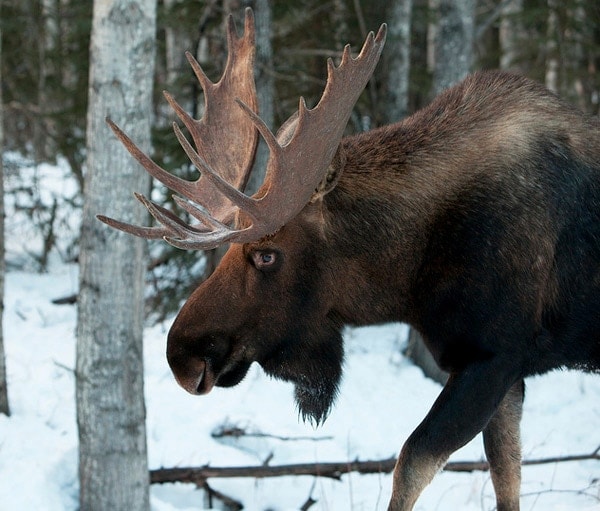 Alaska’s permit system is a completely random drawing of those who apply. No points are accumulated for hunters who go years applying unsuccessfully, nor will applicants who draw tags several years in a row be restricted from drawing yet another one. One hunter may get some permit or another every year while another has never drawn.

Fortunately, one of Matt’s friends managed to access the much-anticipated list and called with the news: For the first time in 12 years, Matt got one. It’s a muzzleloader only moose hunt. Fantastic.

Except that after he applied for permits in November of last year, Matt sold his muzzleloaders. 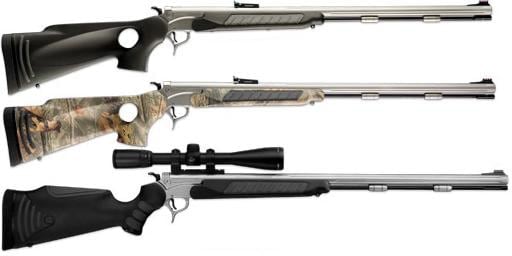 So the search for a new gun begins.

The hunt is for any bull moose in a remote area of Alaska about 250 road miles north of Anchorage. It will require a long drive from our home in Eagle River—a suburb of Anchorage—then traveling 50 miles into the wilderness by snowmachine to set up a camp he can survive in for up to five days. Matt could possibly hike 20 miles or more before actually (and hopefully) spotting a bull. Then the goal is to haul back 500 pounds or more of meat. 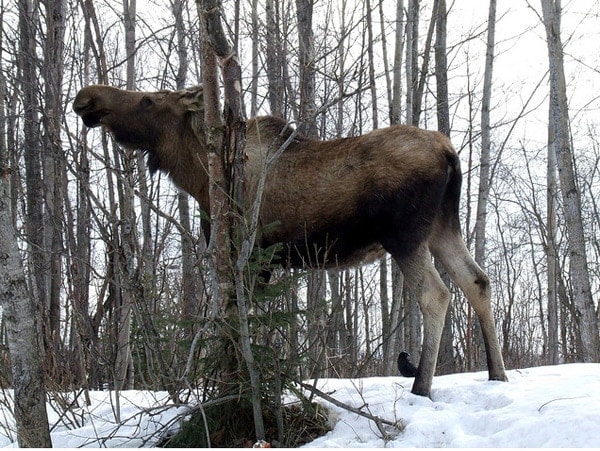 The hunt doesn’t open until this November, when temperatures in that part of the state will likely remain below zero morning, noon and night. It will be a cold hunt, but November is about prime for bagging a moose. The rut is still on, the trees are bare—leaving the moose with less cover—and the animals are moving at all hours of the day. 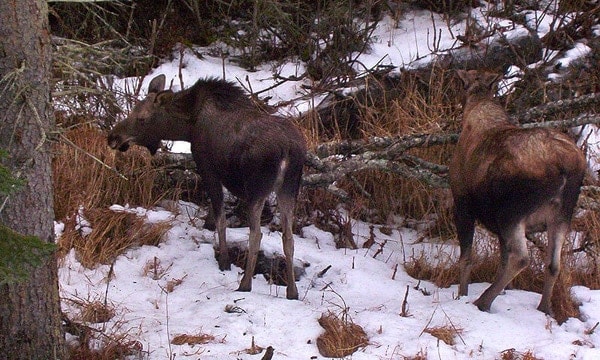 Based on the circumstances, durability and compactness are the main requirements for the new gun. After all, we want the freezer filled with this hunt. But because this is the first tag he’s drawn, Matt wants to go all out. The firearm he chooses will relate directly to how he remembers the hunt. 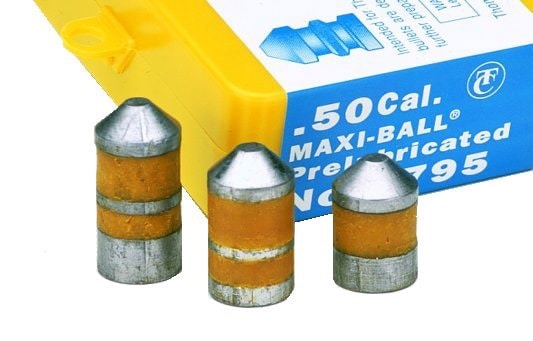 If it were all about the meat, a modern inline ignition gun, which uses a shotgun shell primer fully enclosed in the breach to provide ignition, would be the easy choice. There is a huge selection of these types of guns to choose from. Many come in synthetic stocks with stainless barrels, drilled and tapped for scopes and High Viz sights, and tout magnum capabilities. Most are offered in .50 caliber only with 1:24 twists designed to shoot .45 caliber bullets encased in sabots. Prices range from $200 to pushing $600.

Especially in the harsh environment in which Matt will be hunting, these modern guns are a fine choice. There is no bluing to oil down or powder to measure and, if he uses powder pellets, they will fit in a gun boot and are deadly accurate. Many a moose in this state has fallen to just such a gun during the muzzleloader hunts.

But Matt’s a little sentimental. He likes to make his hunts special and is fascinated by the old school hunters. What he’s thinking is a flintlock; specifically a Germanic-style Jaeger rifle, in a big caliber, such as .62. But those are custom, hand-made works of art that could take years to get in hand. Even if he happened to find one on the market, it would run thousands of dollars. Besides, toting a flintlock around on this hunt isn’t realistic. They require a lot of care and attention that is hard to give in driving snow and subzero temperatures.

Somewhere in between the modern inline and the flintlock lies the caplock. Caplocks came online just before the advent of the modern cartridge, making their manufacture short-lived. They are more advanced than flintlocks in that there is no powder exposed to the elements and no frizzen to keep clean and dry. They are more trouble free than the older guns but still retain the look of a 19th century firearm. Caplocks are typically listed for anywhere from $350 to $550 on auction sites.

Most of the caplocks on the market are .50 caliber, with Pedersoli offering a few .54 calibers, which is plenty big enough for a moose. But not big enough for Matt.

Looking around at used guns available, the ones that catch his eye are the Thompson Center Big Boars in .58 caliber. The caliber has more than enough knockdown power for a moose out to 100 yards, but it can be stowed in a gun boot while strapped to the snowmachine.

This gun has a 1:48 twist, 26-inch barrel and a single trigger. A musket cap ignition will provide a strong spark to light off the charge even in the coldest weather. The sights are adjustable, taking a bit away from the traditional aspect, but they will help ensure a well-placed shot.

It’s a simple design, compact and looks the part of a traditional muzzleloader. Matt can use a more traditional projectile, such as a patched round ball.

It’s the perfect sidekick to play a role in making the hunting memory of a lifetime. The next challenge is finding a gun for sale—and hopefully one that’s worth hanging on to this time.